RICHARD LITTLEJOHN: My generation won’t retire before we get old

First the bad news. By 2035, almost no one will be able to retire at 65. The collapse of final salary pension schemes, a rising state retirement age and longer life expectancy mean that most of us will have to carry on working well into our 70s and beyond.

That is, of course, provided we’re lucky enough still to have a job. A new report from the pensions industry predicts what it calls ‘the death of early retirement’.

One investment analyst states: ‘The idea of stopping work early is fast becoming a fantasy.’

Tell us something we don’t know. Never mind 2035, the reality is already upon us. A couple of weeks ago, in a column about proposals to hammer baby-boomers with higher, so-called ‘wealth’ taxes, I wrote: ‘Millions now face the prospect of working in B&Q until they drop or scraping by on what’s left of their pensions and savings, after both have been repeatedly plundered and devalued by successive governments.’

The collapse of final salary pension schemes, a rising state retirement age and longer life expectancy mean that most of us will have to carry on working well into our 70s and beyond

Gordon Brown was the worst offender. His greedy smash-and-grab tax raid trashed one of the world’s finest private pension systems to pay for a massive increase in state spending, designed to bribe people into voting Labour.

Not for nothing did I brand him The Man Who Stole Your Old Age. Lower-than-expected pension returns, combined with, in many cases, the need to subsidise adult children and elderly parents, mean that retiring at 65 is a pipe dream for an increasing number of people.

That’s the bad news. Now for the good news. There are more over-65s in the workplace than ever before. People try to put us down, but my generation is the healthiest, wealthiest, most active to date.

Despite the monotonous moaning about the permanent crisis in the NHS, it’s done a pretty good job of looking after us. 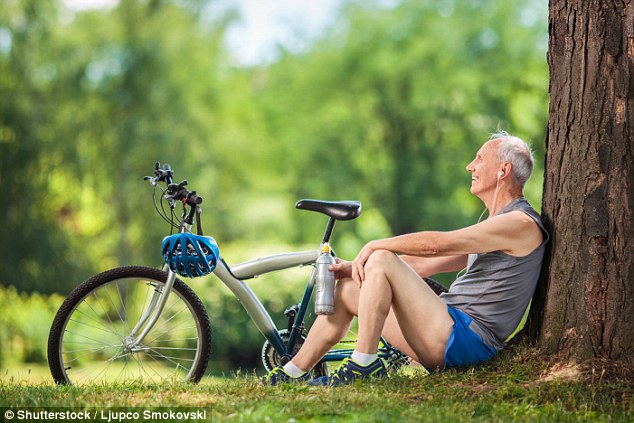 People try to put us down, but my generation is the healthiest, wealthiest, most active to date

We’re better fed than at any time in history. The new epidemic facing the country is obesity rather than the malnutrition which confronted our grandparents’ generation. That’s why the confected political fuss over food banks is such nonsense.

We’ve also been fortunate in as much as we’ve never been conscripted to fight in a world war, unlike our fathers and grandfathers.

OK, so plenty of folk have no choice other than to keep their noses to the grindstone, simply to pay the bills.

The upside is that we’ve got a reason to get up in the morning, even if only to earn a crust. That keeps us busy, physically fit and mentally alert.

I’m convinced that, barring unavoidable disease or catastrophe, having a job, a purpose in life, is what keeps people going. This week, on successive days, I’ve enjoyed the company of two old mates, both now in their 80s. 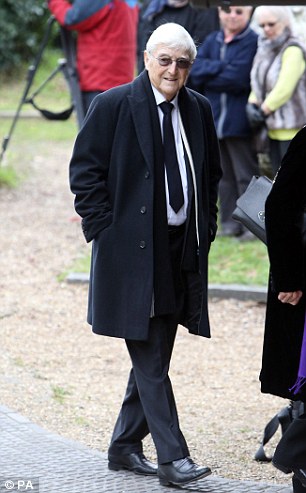 First up was lunch with Bill (now Lord) Jordan, former leader of the engineering union, who I’ve known since I was a 20-something industrial reporter in Birmingham and he was a young divisional organiser.

I hadn’t seen Bill for years, but he’s still politically active, a genuine working peer, who has enjoyed second, third and fourth careers since retiring from the union. And, boy, does he look good on it —appearing at least ten years younger than his birth certificate would attest.

The next day, I was chatting to Michael Parkinson, at the Fleet Street memorial service for his chum Robin Esser, formerly of this parish, who died aged 84.

I took over Mike’s morning radio show on LBC back in 1992, when he stepped down, aged 57. He’d already had a long and stellar career as a journalist and TV chat show host. But far from putting his feet up, he returned to television with both the BBC and ITV, and presented a popular Sunday music and talk show on Radio 2, as well as writing as beautifully as ever.

Many of you will have read his powerful essay in the Mail recently on his battle with prostate cancer. I’m certain Mike’s mental toughness, honed by decades of hard work, along with the miracle of modern medicine, contributed to his successful recovery.

I don’t buy into any of this ‘60 is the new 40’ flannel, but I do believe there’s no reason to give up work at 65, provided you still want to carry on.

Some of the best concerts I’ve been to lately have starred artistes in their late 60s and 70s. The Stones, collective age about 900, are rolling out on the road again. Bruce Springsteen, who’ll be 69 this year, still puts on shows which last almost as long as the late Ken Dodd’s.

None of my generation’s rock ’n’ roll stars wants to die before they get old.

I accept that not everyone can be a TV host, or pop star, or even newspaper columnist, for that matter. But baby boomers have plenty yet to contribute.

My postman is still doing his rounds, even though he’s passed the official retirement age.

I joked about over-65s working in B&Q, but at least the greybeards at your neighbourhood DIY store know what they’re talking about, they are polite and can speak English.

Who knows? A future in screws and drillbits may well be in my stars, although I doubt anyone would be daft enough to take me on. I’d be hopeless.

Up until now, I’ve been exceptionally lucky, in that I haven’t had a proper job since I was briefly employed painting wooden pallets after being made redundant from a local news agency when I was 21. I lasted about a week, before landing back on my feet in newspapers.

Now, like my colleague and contemporary Tom Utley, I’ll hit the state retirement age next birthday. Unlike Tom, who is counting the days, I have no intention of retiring.

For a start, my wife wouldn’t let me. She doesn’t want me following her round Tesco or sitting on the sofa all day, watching endless re- runs of The Sweeney. I’ve tried golf and proved about as good at it as I was at painting pallets.

So, unless my editor has other ideas, or I get nicked for ‘hate crime’, I’ll be here a while beyond my 65th birthday.

The death of a pedestrian run over by a driverless Uber car in Arizona is no laughing matter. But I was intrigued to learn that the self-driving vehicle did have someone riding shotgun, so to speak.

The designated ‘safety driver’, who was supposed to intervene in the event of an emergency (which sort of defeats the object of not having a driver), was one Rafaela Vasquez, 44.

It was subsequently revealed that Rafaela had served four years for armed robbery, back when she was identifying as a man.

Does transitioning from one sex to another automatically wipe out any criminal record?

This gender-bending business is getting terribly confusing. Not so long ago, all we had to contend with was Hinge and Bracket.

For instance, I have heard from Mail reader Sandra Wheatley, who lives in Southport, in the wake of news that two women identifying as men had gatecrashed a male-only swimming session in Dulwich.

Sandra’s husband and son recently took some waste material to the local tip in their van. At the gate, they were stopped by a security guard, who refused them entry on the grounds that the permit was in the name of Mrs Wheatley. That’s OK, said her son, quick as a flash. Today Dad’s identifying as a woman. The puzzled guard gave in and waved them through. We’ve already got same- sex swimming pools. 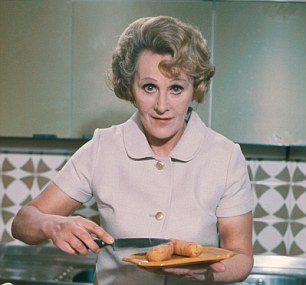 Fanny Cradock, who died in 1994, was once the most famous TV chef in Britain.

She’s returning to our screens over Easter as part of a BBC revival of vintage cookery shows.

As readers of a certain age will recall, Fanny was always joined in the kitchen by her rather well- refreshed husband, Johnnie, who was responsible for one of television’s funniest double- entendres.

Signing off for the night, Johnnie turned to camera and told viewers: ‘I hope all your doughnuts turn out like Fanny’s.’

Say it ain’t so. Mindy sexually assaulted by Mork? The actress who played Mindy in Seventies sitcom Mork & Mindy says she was ‘flashed, humped, bumped and grabbed’ by co-star Robin Williams, who played space traveller Mork.

To her credit, she added: ‘I never took offence, it was so much fun.’

But who’s next? At this rate, it can’t be long before Andy Pandy is accused of making unwanted advances towards Looby Loo.

With the death in Kenya of Sudan, the last male northern white rhino on earth, there are fears that the species will become extinct, since there are only two females left.

That shouldn’t be a problem these days. If the diver Tom Daley and his husband can announce they are having a baby, then why not a pair of lady rhinos?