RICHARD LITTLEJOHN: Sing-song in the Commons sums up how absurd our MPs have become

Just imagine the reaction if a bunch of pro-Brexit English MPs had got onto their hind legs in the Commons and started singing Land Of Hope And Glory.

Or launched into a rousing rendition of There’ll Always Be An England, with Jacob Rees-Mogg on megaphone and Bill Cash on ukulele.

They’d be labelled ‘Little Englanders’ and accused of racism.

So what made the SNP think it was acceptable to sing Scots Wha Hae and Flower Of Scotland in the Chamber this week?

The SNP thought it acceptable to sing Scots Wha Hae and Flower Of Scotland in the Chamber this week, as other excitable Remainers burst into an impromptu performance of the EU anthem, Ode To Joy

Other excitable Remainers burst into an impromptu performance of the EU anthem, Ode To Joy.

Whatever next? Can we expect that irritating Green woman from Brighton to bring along her guitar and treat us to Joni Mitchell’s Big Yellow Taxi during the next climate change debate?

I’m assuming the only reason Plaid Cymru didn’t deliver the full Land Of My Fathers is that, having only four MPs, they couldn’t rustle up a convincing male voice choir.

Why don’t we just decide the outcome of Brexit based upon a Britain’s Got Talent-style contest? Simon Cowell could occupy the Speaker’s chair.

After all, he couldn’t be any worse than that weasel Bercow.

Coming up next, Andrea Leadsom will give you her We’ll Meet Again. And stand by for Anna Soubry’s Here We Go Looby Loo.

Never mind a second referendum, you can vote by pressing the red button on your remote or text Leave or Remain to the number at the bottom of your screen now.

OK, so as Captain Mainwaring might have said: ‘I think you’re entering the realms of fantasy there, Rich.’

Perhaps I am. But it would be difficult to invent anything more absurd than the behaviour of MPs over the past couple of weeks at Westminster. 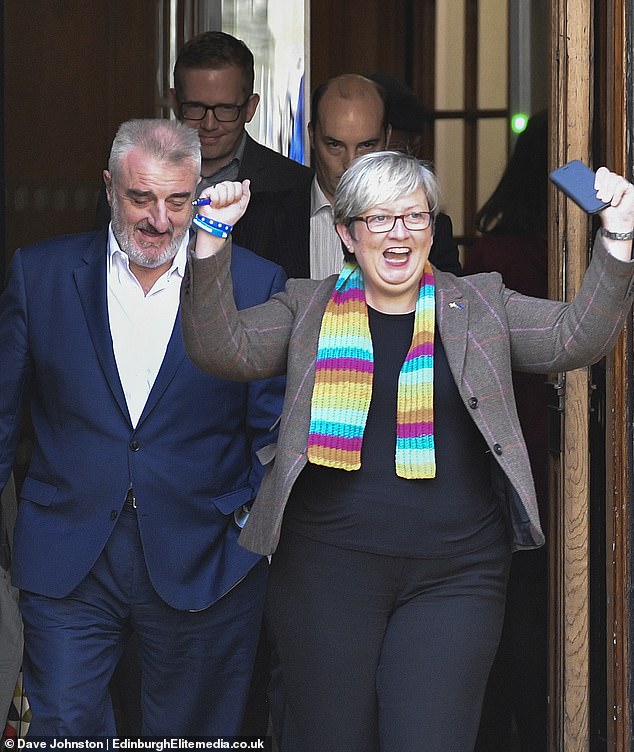 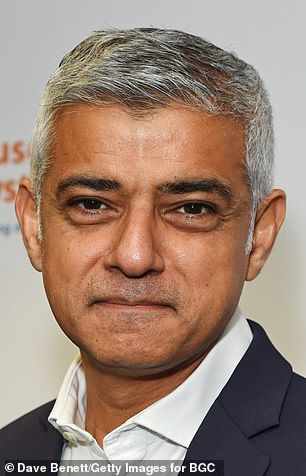 There is a serious point, here, though.

When it comes to Brexit, somehow the impression has been allowed to form that the moral high ground belongs to those who have been shouting the loudest.

My goodness, he likes the sound of his own voice, shouting down anyone who dares to disagree with him.

Ian Blackford has been prominent among the procession of pro-EU politicians parading across our TV screens.

If you watch the rolling news channels — which most people don’t — you’d be forgiven for reaching the conclusion that Boris was trying to force through Britain’s departure from the EU without any democratic mandate whatsoever.

That’s because for every Leave spokesman interviewed, equal time is granted to each and every incarnation of the Rag, Tag and Bobtail Remainer army.

So the single Tory Leaver is heavily outnumbered by Labour, the Lib Dems, the SNP, the Greens, Welsh nationalists, the Independent Group or whatever Change UK calls itself this week.

Talk about one-sided. You’d never think that a clear majority of the British people voted Leave.

We even have to put up with the Irish Republic’s Lenny Verruca and his gobby trade commissioner laying down the law. And they’re not even part of the Union.

This week, we’ve also had anti-Brexit court cases in Edinburgh and Belfast, attempting to overturn a ruling of the High Court in London. We’re talking tails and dogs here.

What’s missing is any reference to what Chesterton’s ‘secret people of England’ actually want.

The English make up the bulk of the population and pay the lion’s share of the bills. Of the 17.4million who voted Leave in the referendum, 15.2million were in England.

Yet, outside of Remain strongholds such as London, it’s as if the English are irrelevant in all this.

In London, mayor Sadiq Khan pretends he speaks exclusively for the vast majority of enlightened, civilised, metropolitan folk, in contrast to the barbarians who live beyond the M25.

He conveniently overlooks one of my favourite statistics. Even within London, more people voted Leave than voted for Khan.

It’s the same story in Scotland, where the SNP presumes to represent everyone. But more people north of the border voted Leave than voted for Wee Burney’s gang at the last election.

Ditto the Welsh nationalists, in spades. One of their four MPs has been everywhere lately, declaring that she was going to bring down Boris Johnson.

You’d never think that the number who voted Leave in Wales was seven times as many as those who voted Plaid in 2017.

As for the Lib Dems, they managed just 7.4 per cent of the vote at the last General Election.

So where the hell do they think they get the right to obstruct the will of the clear majority of the British people?

Not to mention the treachery of the turncoat Tories who voted against the Government and their own manifesto commitment.

Ultimately, none of this would matter without the disgraceful connivance of Bercow and the duplicity of Labour, which is running scared of the General Election it has been demanding daily for the past two years.

When we do eventually get an election, the secret people of England will have the chance to speak at last. By then, it’ll probably be too late.

Frankly, if you’re all as worn out as I am, it might not make any difference. The Brexit we voted for, the Brexit we were promised, is dead in the water.

The anti-democratic forces of Remain have prevailed. As Ken Livingstone once said, and politicians have spent the last three years proving beyond peradventure:

If voting changed anything, they’d abolish it.

But until then, maybe we can make our voice heard. We can go down singing, like the dance band on the Titanic – starting with the Last Night Of The Proms tomorrow. All together now: