Pointless star’s secret new lover revealed: Richard Osman is on Valentine’s mini-break in Austria with jazz singer Sumudu Jayatilaka – who is 19 inches shorter than the 6ft 7in TV star

Pointless star Richard Osman has found love with jazz singer Sumudu Jayatilaka, who is 19 inches shorter than him, and whisked her off to Austria for a romantic break.

The quiz show host – who is 6ft 7in – has been secretly dating her for months but they were spotted at Fitzdares’ ‘Sports Quiz You Can’t Google’ at James Blunt’s pub, The Fox And Pheasant, in Chelsea.

The Wednesday sighting of was the first time the couple have been seen in public and Sumudu told The Sun: ‘We’re very happy.’

A friend of Richard’s told the paper last night: ‘People joke because he’s a bit of a giant and she’s around 5ft nothing. But it seems like they were made for each other.’ 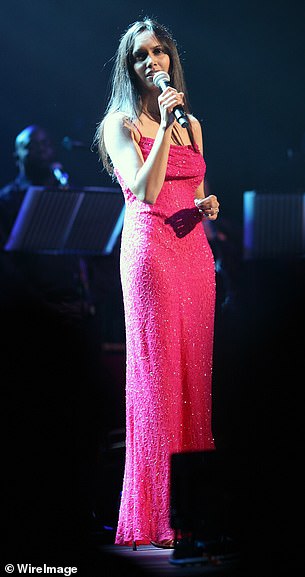 Richard – star of hit quiz show Pointless – (left, at the Sports Quiz You Can’t Google event) is now dating jazz singer Sumudu (right) and the couple made their first public appearance on Wednesday 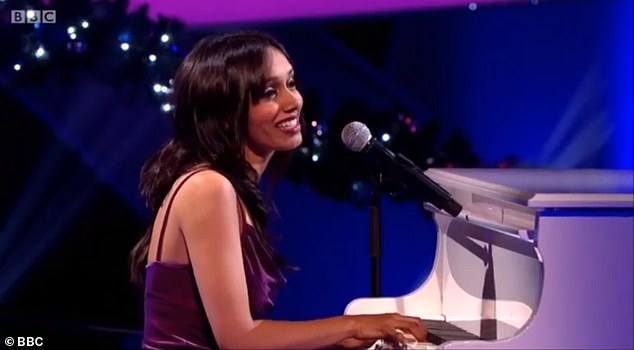 Romantic Richard – who co-hosts the BBC quiz show with Alexander Armstrong – took the performer on a mini-break to Austria for Valentine’s Day.

They shared posts on Twitter showing the hotel but neither mentioned the other when responding to fans.

But the towering quiz master did share his traditional February 14 message on Instagram, writing: ‘Vertebrates have spines, Invertebrates are joint-less Have a lovely Valentine’s, From me, that guy off Pointless.’

The couple plan to spend the next few days in Austria. It follows Richard’s split with Absolute Radio host Emily Dean two years ago.

The 48-year-old father of two announced his split from the mother of his children in 2007.

She has steered clear of the limelight and Richard has never spoken publicly about their relationship. 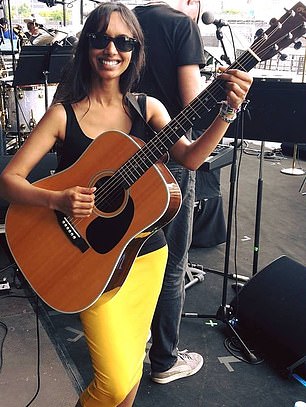 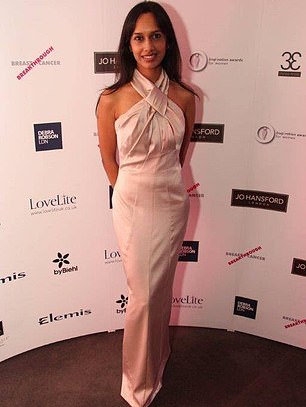 After a quick romance with presenter Ms Dean ended, Richard remained single until he met 39-year-old Sumudu through mutual friends.

Sumudu, who was born in Barnsley, South Yorkshire, but grew up in Scunthorpe, North Lincolnshire, is of Sri Lankan descent and has performed alongside Van Morrison and Rod Stewart.

She now lives in London and is a regular performer at Ronnie Scott’s jazz club in Soho.

A master of many instruments from a young age, she plays the piano, violin, guitar, flute and accordion among others. 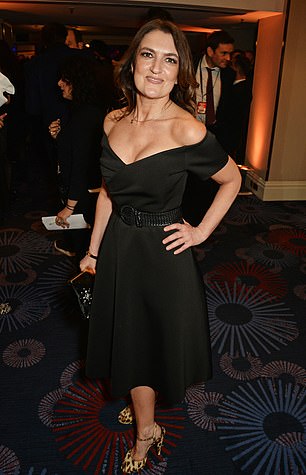 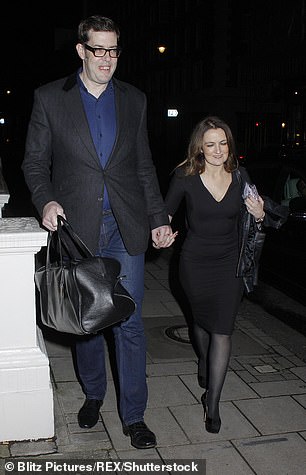 She was just 15 when she made her BBC Television debut singing an original song. While studying medicine at Sheffield University, she was vocal chair of the National Youth Jazz Orchestra from 1997 to 2000. She recorded her debut album ‘Who’s Blue’ in 1999.

Sumudu sang live in front of the Queen for the Millennium countdown at the Dome in London.

She has sung for Disney at the BBC Proms in Hyde Park and has held residencies at the legendary Ronnie Scott’s Jazz Club in Soho, London.

Her 2011 album ‘Waiting For You’ was made with Grammy Award winning producer Kipper.  Sumudu was a featured artist on the soundtrack of ‘Anima’, a film written by Fabrizio Ferri in which she also appeared.

Sumudu recorded her part of the soundtrack at Abbey Road with the London Symphony Orchestra. Acts she has opened for include Mica Paris, Curtis Stigers, Ron Sexsmith and Mark King.