Richard Osman was stunned when he learned his ancestor uncovered a dead body which helped solve an 1831 murder mystery.

The television presenter, 51, delved back into the past as he looked as his family tree during Thursday’s episode of BBC show Who Do You Think You Are?.

Standing on the spot the body was found in Brighton, Richard read from a book: ‘I raked the ground as before and tore away a yard of the gown. My wife said, “Don’t take any, it is the gown of a grown person.”

Shock discovery: Richard Osman, 51, was stunned when he learned his ancestor uncovered a dead body which helped solve an 1831 murder mystery

‘My wife asked what I meant to do. I said, “To tell a peace officer,” and I went to Elphick, the constable of Preston and informed him of the circumstance.

‘Elphick and myself then returned to the spot with a spade; I dug out a thigh first; I looked at the constable very hard, and said, “This is a shin of beef.” He thought it was too; I then dug out another thigh; he thought it was pork; my mother said it was very odd it should be buried in linen and woollen.

‘I said they might take anything to wrap it up in. I then dug up the bundle. It was tied round with string. As soon as I had pulled the clothes aside I discovered the bosom and stays of the corset. I was sure it was the body of a woman. 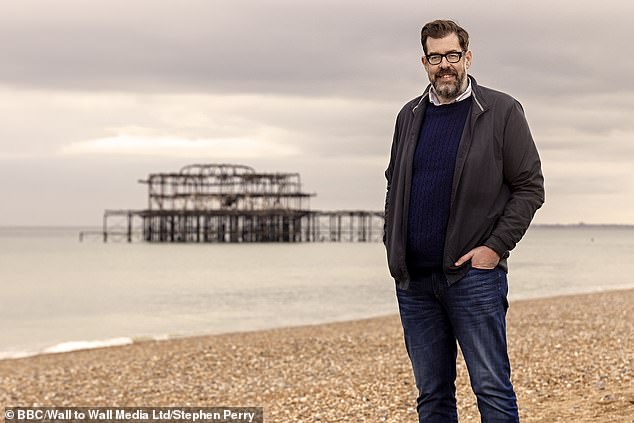 Looking back: The television presenter delved back into the past as he looked as his family tree during Thursday’s episode of BBC show Who Do You Think You Are?

‘Elphick and myself then went to the clergyman of the parish.’

Richard’s fellow researcher said: ‘So they knew that they had found a female corpse,’ to which he replied: ‘On this spot. It must have been an absolutely appalling thing to discover.’

His companion said: ‘Yes, it would have been horrendous.’

Richard’s four-times great-grandfather discovered the dead body and became involved in one of the biggest murder trials of the 1800s.

Gabriel Gilliam, a fisherman born in Brighton in 1789, would secretly smuggle food for his family.

Looking back at the past has inspired Richard to write a murder mystery novel about his four-time great grandfather.

The story from the Pointless host’s past is remarkably similar to his own books including debut novel The Thursday Murder Club.

Reflecting on Gabriel, his wife Mary and mother Elizabeth, he told the Daily Mirror newspaper: ‘Gabriel, Mary and Elizabeth are the poorest of the poor fisher-folk from Brighton.

‘And it is an amazing circus that they were suddenly at the heart of. To think they were the detectives of the day and their investigations essentially led to justice.

‘I’m minded to write a detective duo which is Gabriel and his mum Elizabeth, solving crimes in 1830s Brighton.’

He added to the Radio Times: ‘Given the books I write, you just couldn’t make it up!

‘It was extraordinary to discover that Gabriel Gillam formed an amateur gang of detectives. It felt like it would make a good Sunday night TV drama. There are a million stories about the British upper class, from Downton to Bridgerton, but very few about poor communities.’

While appearing on BBC show Who Do You Think You Are?, Richard discovered newspaper reports revealing how Gabriel found clothes and a body just outside Brighton. 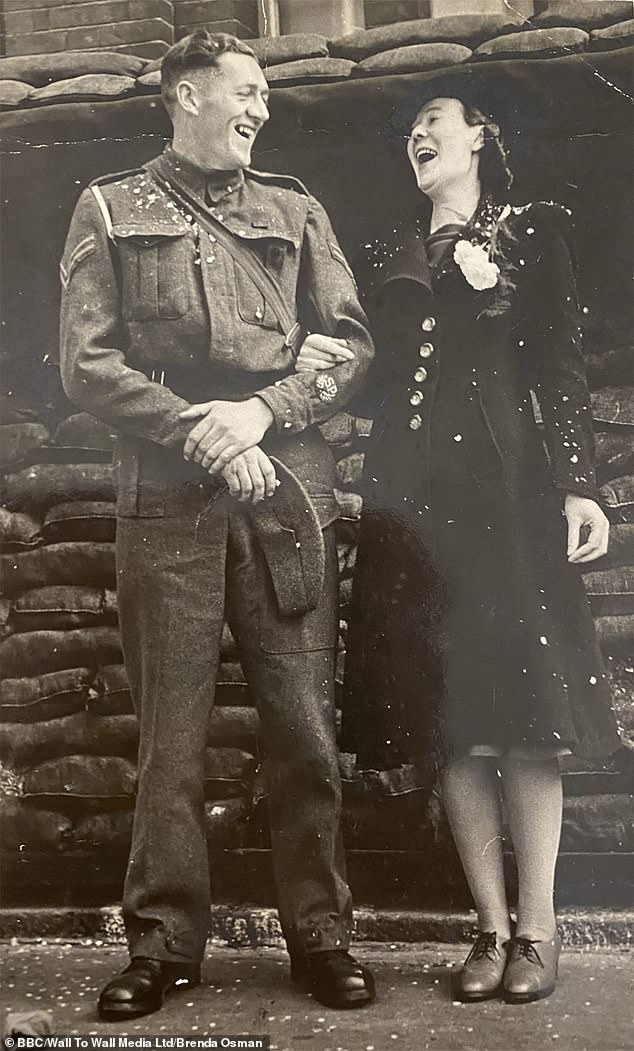 He and another man David Maskell visited the site a number of times and later realised they had stumbled on the body of a woman from the town, who was later identified as Celia Holloway.

He also returned to the site with Mary and Elizabeth, and informed the authorities, before giving evidence at an inquest in a pub the next day and in a subsequent court case.

This led to Celia’s husband John being found guilty of her murder, and he was sentenced to death.

Richard added to the Mirror: ‘It’s making every hair on my neck stand up. You can just imagine the three of them talking this through.

‘I find it extraordinary. I write about a gang who investigate things and I’ve written about amateur sleuths uncovering bodies.

‘Suddenly, there is a real life case with Gabriel right at the heart of it.’ 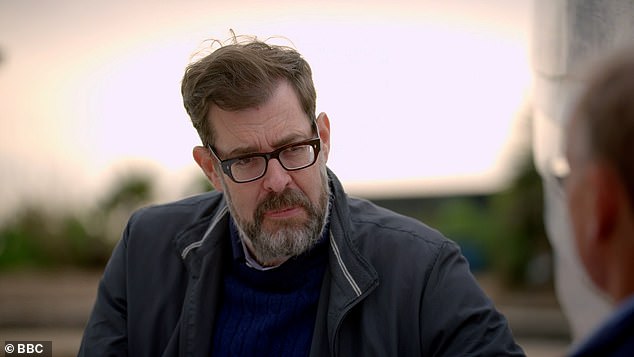 Telling the tale: The story from the Pointless host’s past is remarkably similar to his own books including debut novel The Thursday Murder Club