Everton star Richarlison has finally been cleared of mumps and has been allowed to return to Brazil’s Copa America squad.

The forward was put into isolation for three days after contracting the contagious viral infection and was holed up in a hotel in Porto Alegre while he recovered.

Brazil’s medical team vaccinated the rest of their squad in a bid to contain the virus as they try and win a first Copa America title in 12 years.

Tite’s squad has been boosted by Richarlison’s return though after medics gave the former Watford forward permission to meet up with the squad in Belo Horizonte.

Richarlison has made 12 appearances and scored five goals for his country since making his debut in September 2018.

The hosts qualified top of Group A after beating Bolivia, drawing with Venezuela and hammering Peru.

They then beat Paraguay on penalties in the last-eight and will now play their semi-final against Argentina on Tuesday night. 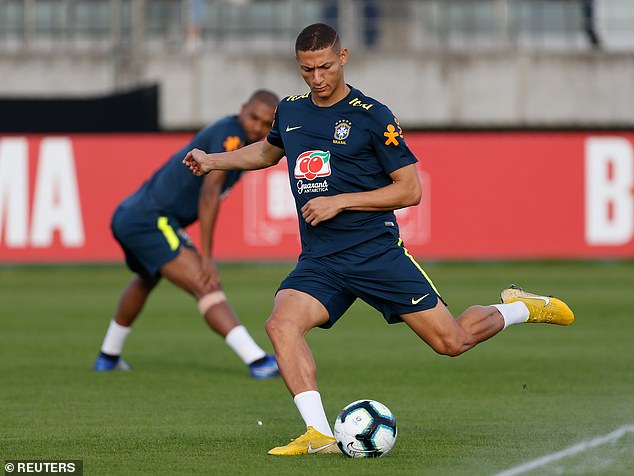