‘You’re a hero to your people!’: Richarlison sends heartfelt message to Tottenham team-mate Son Heung-min after helping Brazil knock South Korea out of the World Cup

Richarlison sent a heartfelt message to Tottenham team-mate Son Heung-min in the wake of Brazil’s 4-1 thumping of South Korea.

The Spurs duo squared off for their respective nations in Monday night’s last-16 game, that saw the Selecao advance with ease.

Richarlison was again at the forefront for Brazil and scored a beautifully worked team goal. He consoled Son at the final whistle, embracing the South Korean winger and later writing him a message on Twitter. 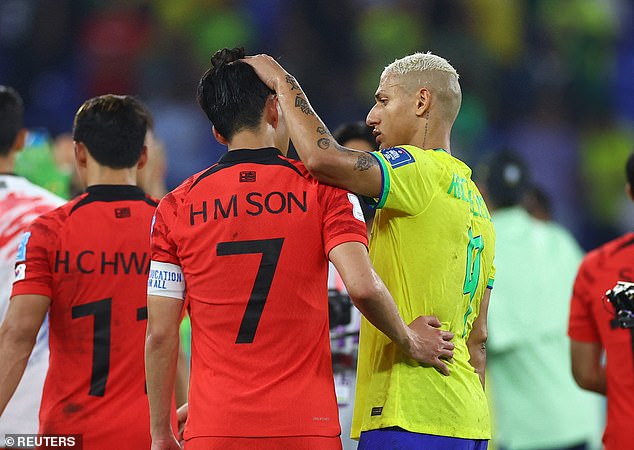 He wrote: ‘I know how hard you fought to be here and that’s why you’re a hero to your people.’

Son is worshipped in South Korea and carried the weight of a nation on his shoulders.

Richarlison’s note about how hard his 30-year-old club-mate had worked to be in Qatar was no doubt referencing Son playing through the pain barrier.

Prior to the tournament, Son missed three games for Spurs having suffered a fractured eye socket and undergone surgery. 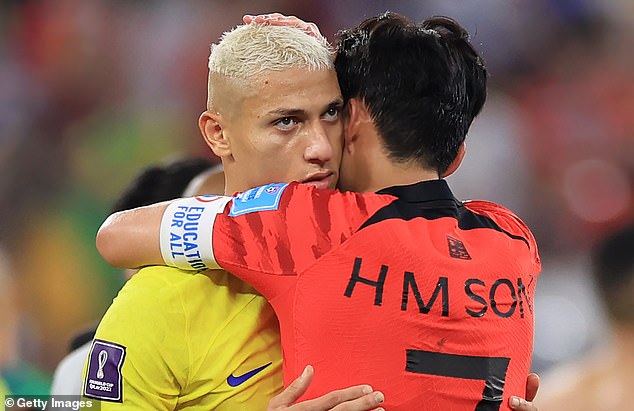 He wore a protective face mask for all of South Korea’s games but understood there were serious risks of further injury with any impact to his face.

Unsurprisingly, Son was not able to perform at his best and did not score in Qatar but Paulo Bento’s side were at least able to make it through the group, courtesy of a win over Portugal in their third game.

Spurs fans lapped up the mutual respect between their two forwards on social media. 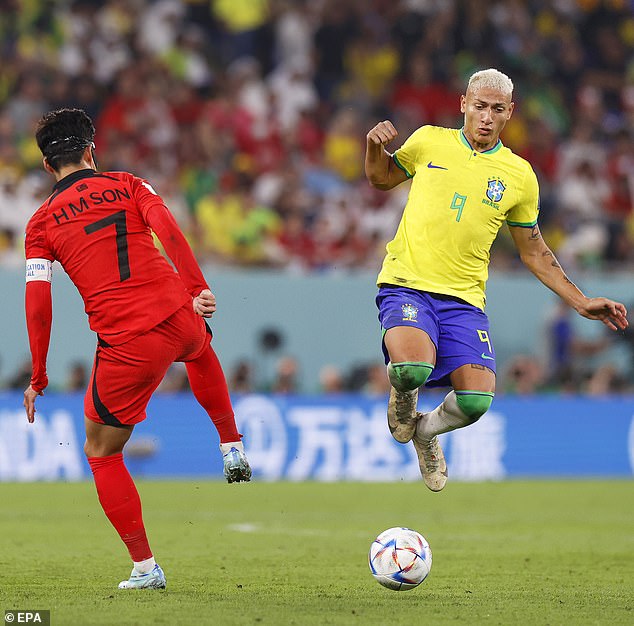 Club loyalties meant little in the 90 minutes, with Richarlison going in hard on Son 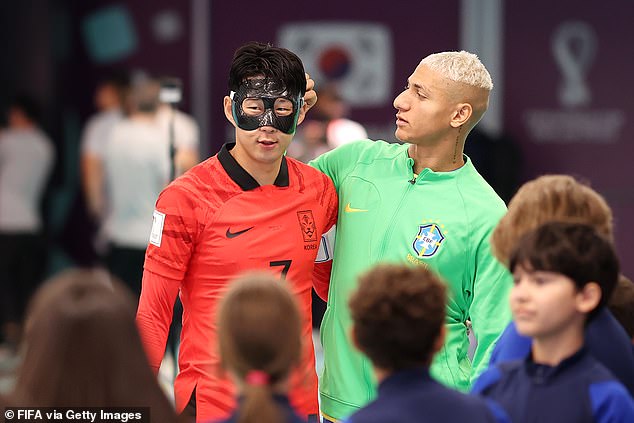 One wrote: ‘That Spurs bond for life for Sonny and Richarlison,’ while another posted: ‘Thank you for tweeting this, hurt for Sonny, proud of you.’

Son will now be able to properly heal up and take a well-deserved rest to be ready for the return of the Premier League after Christmas.

Richarlison’s World Cup dream lives on and he will be preparing for a quarter-final against Croatia on Friday.