Richarlison sets targets high as he reveals he wants to be Premier League top scorer, take Everton to Champions League and break into Brazil squad

Richarlison is setting his sights high this season having got off to a flying start with three goals in two games for new side Everton.

The forward joined the Toffees for a fee of £40million this summer from Watford as he joined up with Marco Silva once again.

And now he is targeting an historic season as he aims to win the Premier League Golden Boot, get Everton back into the Champions League and land himself a place in Brazil’s squad.

‘I feel more prepared, I already know the rhythm and style of the Premier League, which helps me on the way to the achievements,’ the 21-year-old told UOL.

‘I want to be the top scorer of the league, take Everton back to the Champions League and reach the Brazilian national team.’

Richarlison missed out on a call-up to the World Cup, with head coach Tite opting to take the more established stars in his ranks. 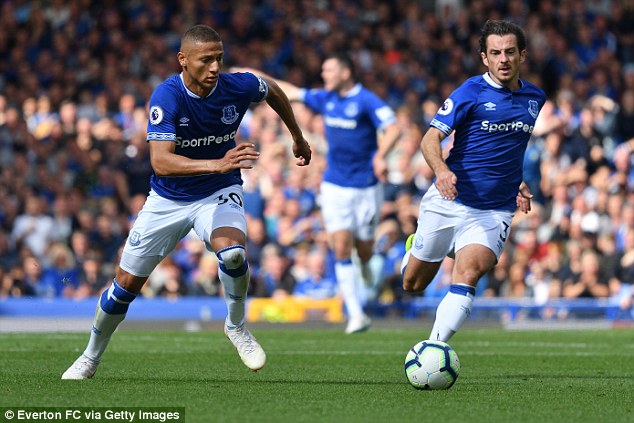 The Brazil boss has once again denied Richarlison the chance of playing in the upcoming international break, where they will face USA and El Salvador

‘I was anxious during the call-ups on Friday. I watched with a lot of expectation, but sadly it wasn’t this time,’ he said.

‘Even so, I’m still hopeful and I want to be prepared if the opportunity arrives in the future.’ 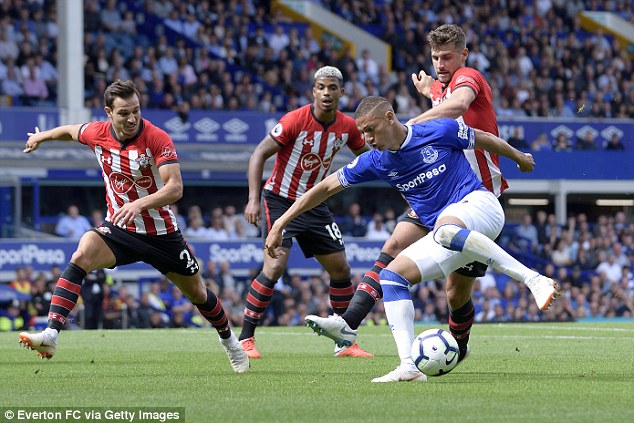 The 21-year-old has started the season in fine form after he scored twice on his Everton debut as they drew 2-2 with Wolves and netted what turned out to be the winning goal in a 2-1 win over Southampton.

He will be looking to add to his goal tally of three this weekend when Everton face Bournemouth.

He currently sits joint first in the top scorers table with Sergio Aguero and Sadio Mane.