He failed to find lasting love on The Bachelor.

But that didn’t stop Richie Strahan, 32, from enjoying a win in the ring, after going a number of rounds at a charity boxing tournament in Perth on Saturday night.

Setting hearts racing, the blonde lothario looked a little roughed-up while showing off his bulging biceps after going for a couple of rounds in the ring.

Richie battled it out with Channel 7 identity Brett Novak at this year’s Pro9PerthCorporate Rumble, which saw media and business identities compete in support of Breast Cancer WA.

Suited-up in blue, Richie looked strong at the event as he punched and jabbed his competitor, vying for a win.

At one point, the muscular former reality star had his competitor against the ropes, while stepping into a punch. 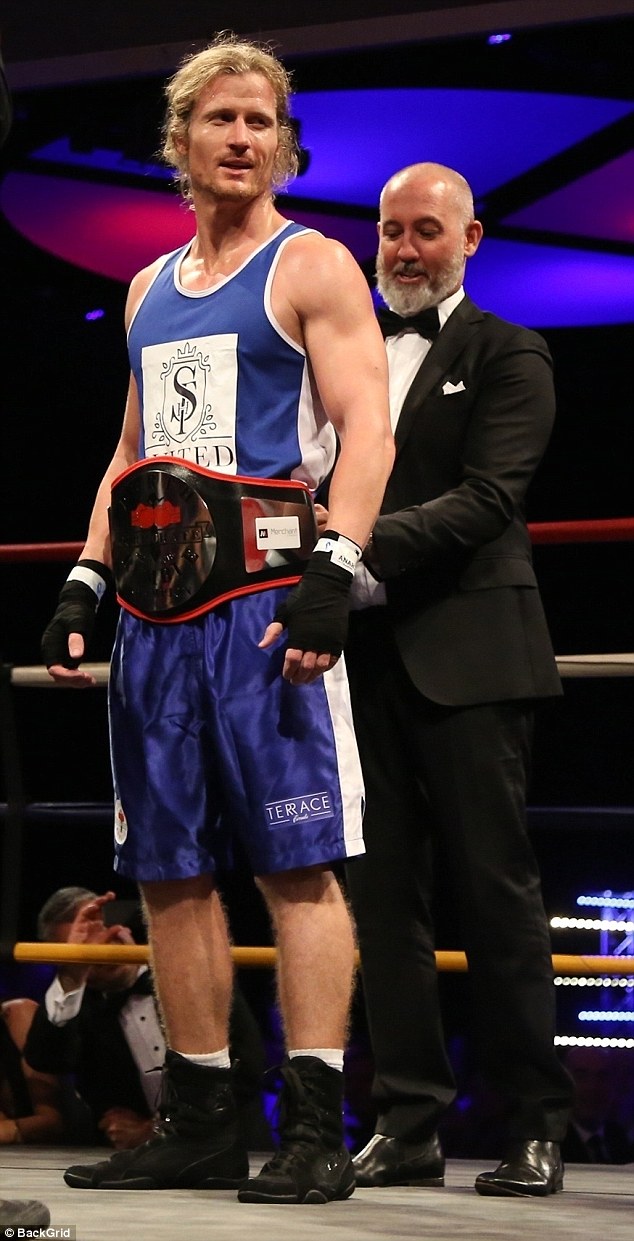 Ducking and weaving! Despite saying he was nervous before the fight, muscular Richie ended up winning in the ring

Taking to Instagram before his fight, Richie was humble about the amount of training he had done prior to entering the ring, complementing his trainer for the hours he had put in.

‘I can only imagine his thoughts after my first sparing round, maybe something like ‘You’ve got to be joking’. I must of looked like a T-Rex pinging at a rave,’ Richie said.

‘We had a lot laughs and I swear you’re Neo from the Matrix, or maybe I just punch in slow mo.’ 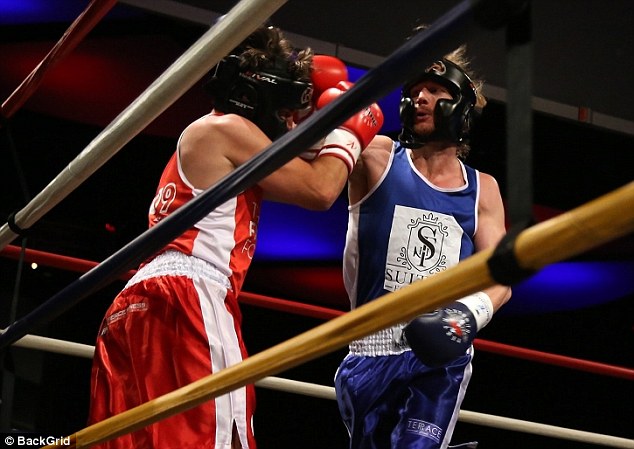 Punch and Jab! At one point, Richie ended up getting his competitor, Brett Novak, against the ropes

The former reality star added the training made him physically and mentally exhausted.

Before the event, Richie told Confidential he was nervous about his high-profile fight.

‘To be honest, this is probably more nerve-wracking,’ adding his competitor was pretty good.

‘I don’t think there’s a greater challenge than going toe-to-toe with another man in the ring…there’s the unknown factor – anything can happen.’

The star-studded event attracted plenty of other reality personalities, including Married At First Sight stars Tracey Jewel and her boyfriend Sean Thomsen. 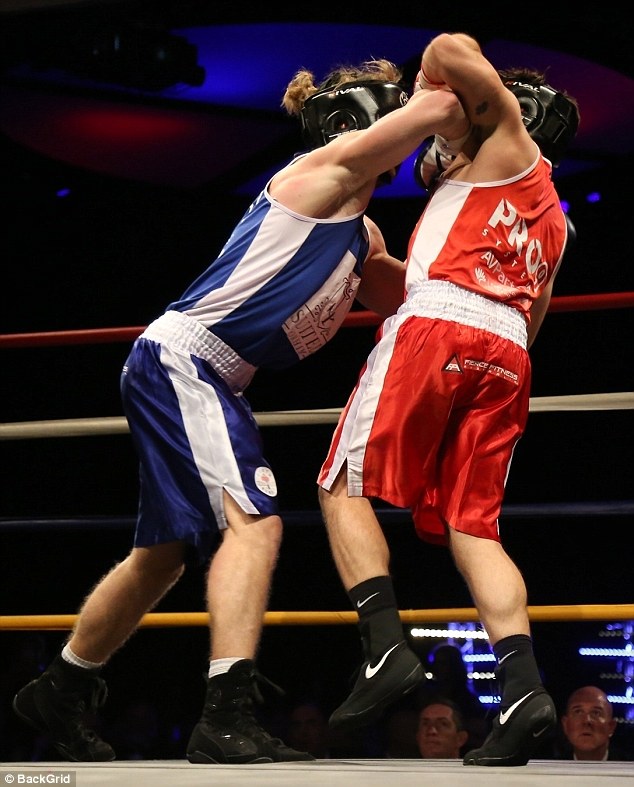 In the ring! The two tussled for a number of rounds before Richie ended-up the winner 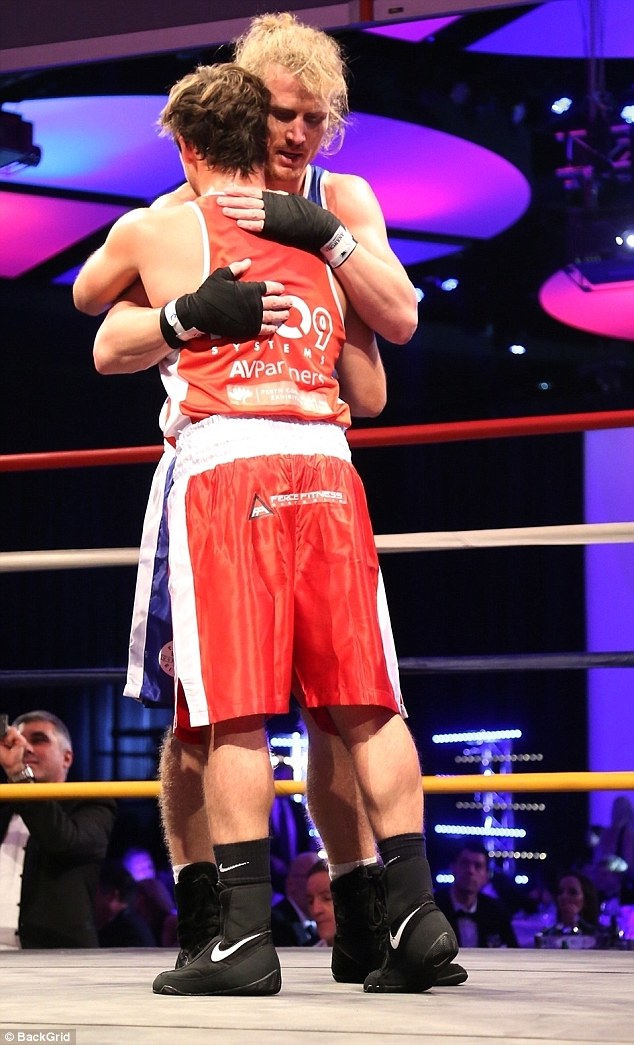 ‘I don’t think there’s a greater challenge than going toe-to-toe with another man’: Richie said the training was mentally and physically exhausting