Richmond will be playing in the AFL Grand Final for the first time in 35 years, but one controversial incident may cost their inspirational captain his place in the team to contest the 2017 premiership title.

Tigers captain Trent Cotchin has come under scrutiny after an incident involving a Greater Western Sydney player during the first quarter of Saturday’s preliminary final.

Richmond captain Trent Cotchin (pictured, in front) may not get a chance to play in next week’s grand final after a clash with a Greater Western Sydney player 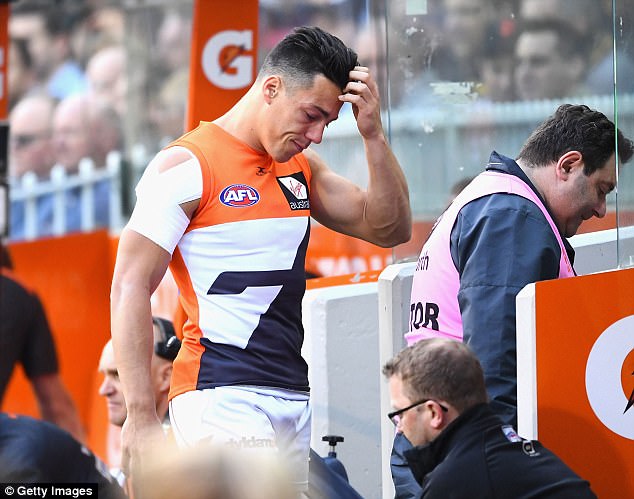 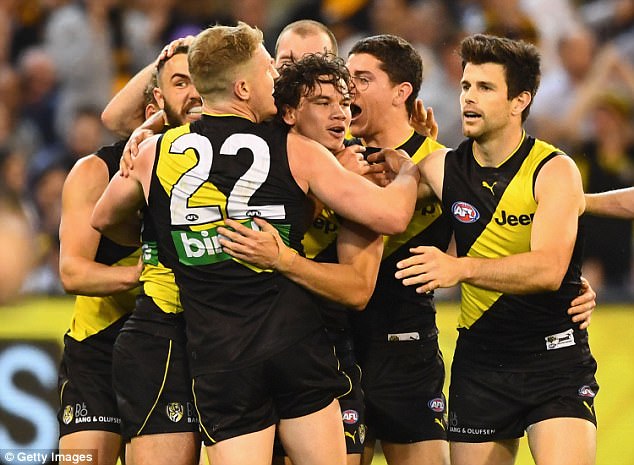 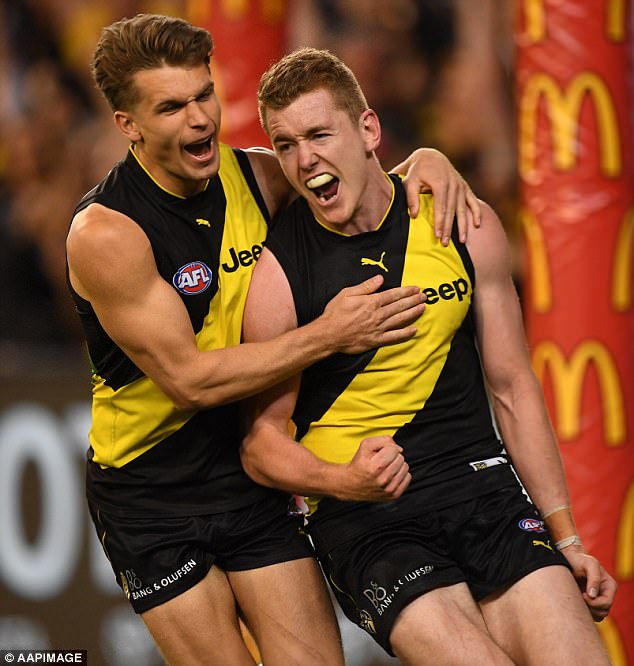 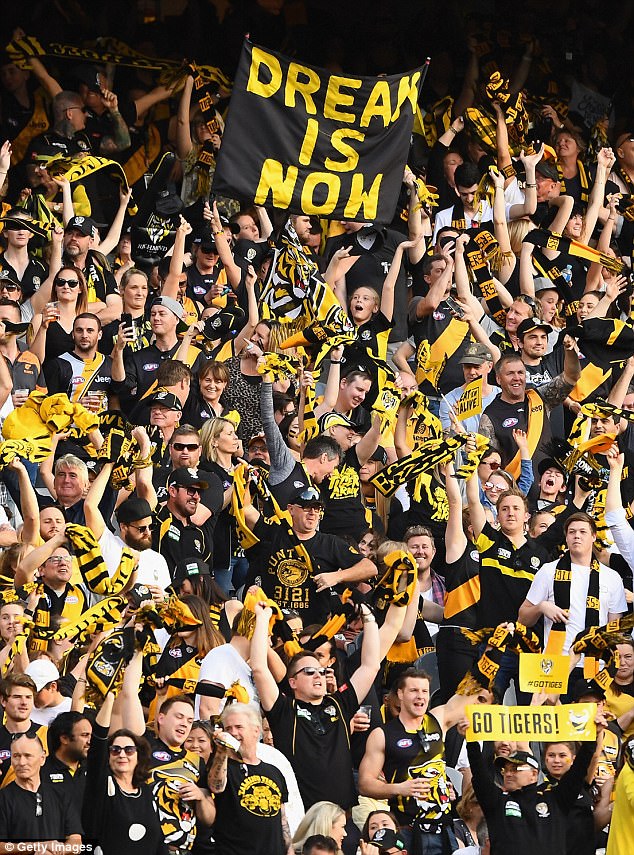 For Cotchin to miss the biggest game of the year, all it would take is a fine ruling him out of Richmond’s next game

Footy fans are divided on what they think will happen to the skipper, who has already been fined twice this season

The Tigers captain was not reported for the incident but could miss the grand final next weekend if he is cited during the week.

For Cotchin to miss the biggest game of the year, all it would take is a fine to rule him out of Richmond’s next game.

Shiel was found to be concussed after the incident which ruled him out of playing the rest of the game.

Footy legends are divided on what they think will happen to Cotchin, who has already been fined twice for on-field indiscretions this season.

Geelong premiership captain and commentator Cameron Ling reportedly saw the knock as a ‘incidental contact’ meaning it could have resulted in a ‘free kick at best’.

Fellow commentators agreed with Ling, saying a player doesn’t ‘miss a grand final for that’.

‘See how corrupt the AFL is … watch Trent Cotchin play next week,’ one fan wrote online

One footy fan wrote that by the AFL’s own rules, Cotchin would have to miss the grand final

Many fans expressed their opinions online, saying they wanted Cotchin to miss the next game 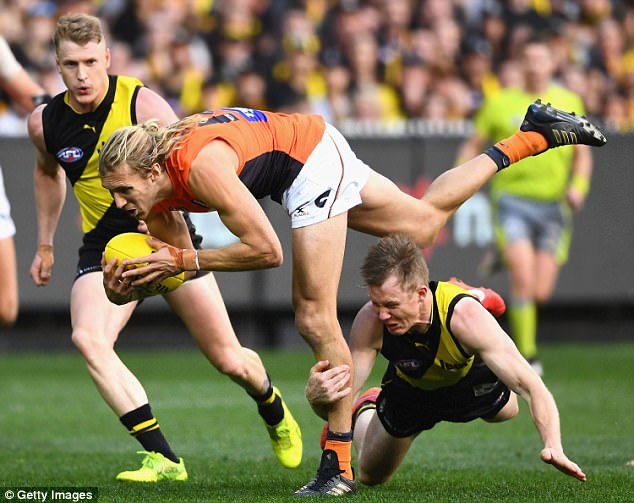 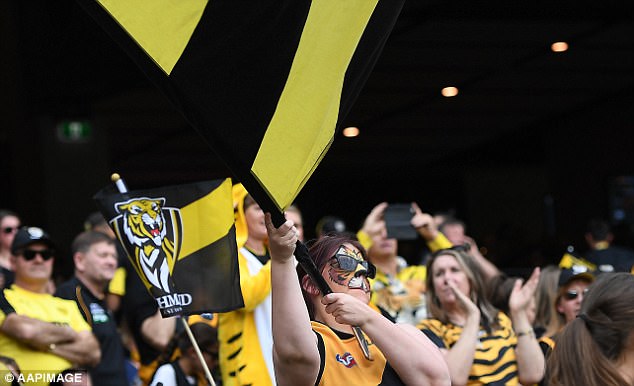 However, former Carlton star Robert Walls said Cotchin has ‘got a case to answer’ and was in ‘massive trouble now’ on Triple M.

While the case will be looked into according to former Tiger forward Nathan Brown, footy fans have taken to social media to share their views.

Many fans took to social media to declare Cotchin ‘definitely won’t be captain next week’ and that they hope he ‘gets suspended’.

‘You want to see how corrupt the AFL is … watch Trent Cotchin play next week,’ one fan wrote.

‘The big question is how do the AFL get Trent Cotchin off? By their own rules he has to miss #AFLfinals,’ another wrote.

‘The MRP wouldn’t have the guts to suspend him though,’ another said. 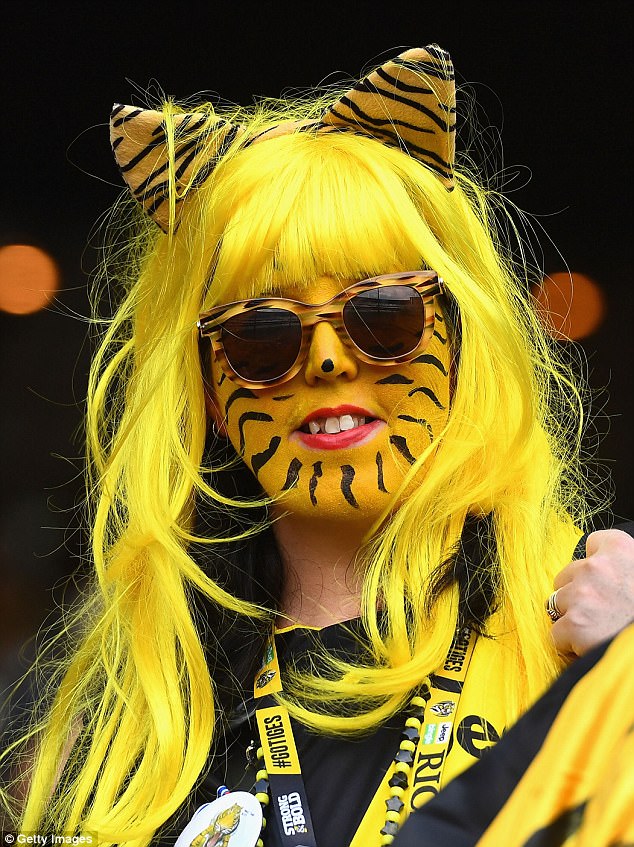 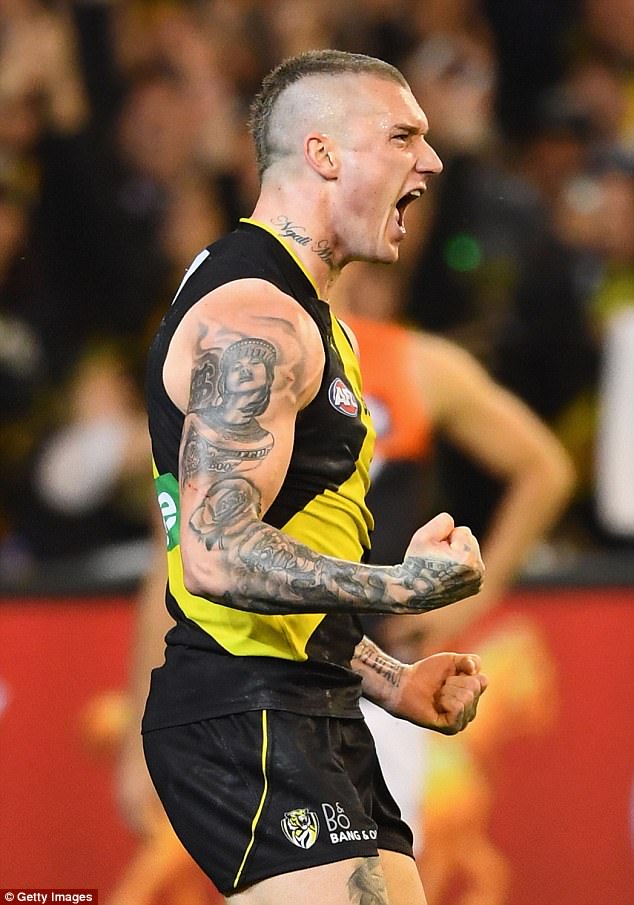 Despite the clash that will reportedly take 48 hours to resolve, Tiger fans were in full spirit at the MCG, donning everything yellow and black.

The Tigers’ 36 point win against the Giants means they will be breaking their grand final drought and Eddie McGuire said the team of yellow and black had never played in a grand final in the history of the AFL.

McGuire said the Tigers are a team full of ‘debutantes’ ready to play Adelaide Crows in the AFL Grand Final at Melbourne’s MCG next week.