They are coveted accolades awarded to restaurants offering best in fine dining.

But Rick Stein has lamented how Michelin stars are only given to chefs serving small portions of over-embellished food.

The TV chef, 71, owns a string of well-regarded fish restaurants, none of which have ever received a Michelin star.

His menus include dishes ranging from fish and chips to lobster – plates which he claims are not deemed ‘deluxe’ enough to be recognised by the restaurant reviewer.

Rick Stein (pictured outside his restaurant in Padstow, Cornwall) has lamented how Michelin stars are only given to chefs serving small portions of over-embellished food

‘But there is this sort of recede idea that it is generally quite small portions of meat or fish and a lot of things happening on the plate.’

Stein, who was awarded a CBE in 2017 for services to the economy, bemoaned how the emphasis on extravagant plates leaves other quality dishes overlooked.

He told Oxford Literary Festival (must keep) on Saturday: ‘I just think it’s sort of, because as restaurateurs with a lot of overheads you need to give evidence of deluxeness and I just think you should just be able to do deluxe with a lobster or a grilled dover sole or a piece of cod.’

The Seafood Restaurant, which he opened more than 40 years ago, charges customers up to £66 for a main course of lobster. 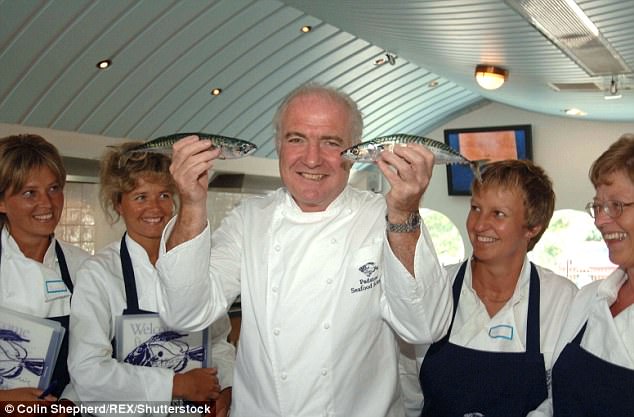 The TV chef (pictured), 71, owns a string of well-regarded fish restaurants, none of which have ever received a Michelin star

He also offers a whole dover sole for £45. His cheapest main course is fish and chips costing £20.

‘I think one of the problems with the sort of food I do is how do you charge a modest amount for something like a piece of cod’, he said.

‘You can probably charge a £20 for it – a lot of money – maybe £18 – and justifying the cost because people will say ‘You know well I could do that at home.”

Stein also revealed he has overcome his initial scepticism of intolerances and has realised the profitability of offering gluten-free dishes.

He said: ‘I’m afraid I came to this whole business of sort of gluten intolerance and that sort of thing being of the generation that I am a bit like: ‘for God’s sake.’

‘But the reality is that people do have it and whether it’s diet or part of their nervous system, whatever it is they have it.

‘And just as well there’s money in it, we now have a fryer in the fish and chip shop which does gluten free… no batter goes anywhere near it.’ 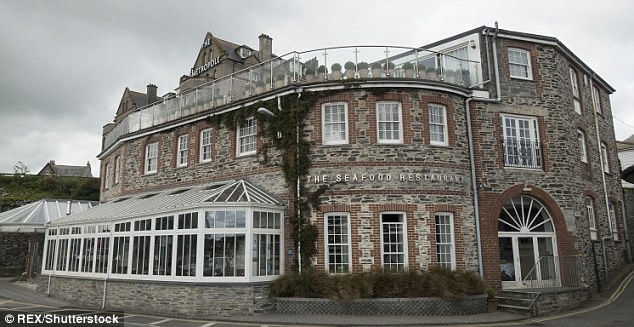 The Seafood Restaurant (pictured) in Padstow, Cornwall, which he opened more than 40 years ago, charges customers up to £66 for a main course of lobster