Rick Thorburn allegedly raped a girl under the age of 12 while working at a childcare centre, before urging her not to tell anyone.

Richard Neville Thorburn, 57, is facing charges of rape and the attempted rape of another girl, and seven indecent assault charges between 2015 and April 2016, the ABC reported.

Rick Thorburn (pictured) allegedly raped a girl under the age of 12 while working at a childcare centre, before telling her not to tell anyone

Prosecutors allege he sexually harassed the girl while dropping her to school in a marked ‘family day care’ van.

‘The victim child ran off when they got to school and the defendant said ‘don’t tell anyone’,’ Senior Constable Kumar alleged.

Thorburn allegedly tried to force the second young girl to perform oral sex on him.

The alleged incident happened in the child day care’s bathroom. 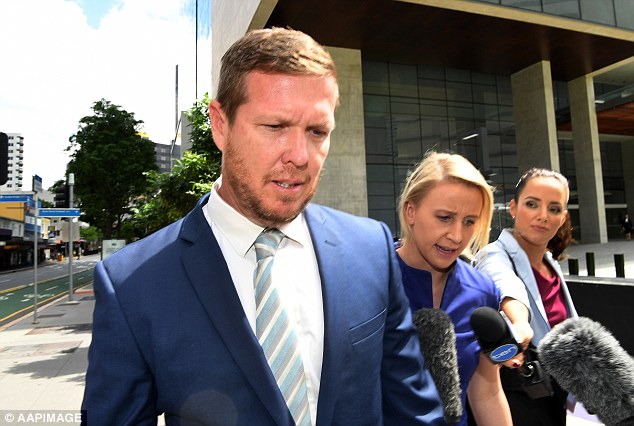 ‘Both the victims have disclosed numerous allegations of sexual abuse where the defendant has clearly taken advantage of his unsupervised access to children,’ Senior Constable Amarjeet Kumar said.

‘The defendant was in a position of authority being the carer for these children … the children felt helpless and defenceless to protect themselves.’

Thorburn, who is currently in prison, will attend a pre-trial hearing at the Beenleigh District Court on April 20.