Parents have hit out at a controversial trial experiment that saw new mothers given financial incentives to breastfeed their babies.

The experiment, run by Brunel University and University of Sheffield, gave mothers £40 in shopping vouchers per week to encourage them to keep breastfeeding, leading to fewer babies being bottle fed.

However, there has been backlash over the incentive with many saying it puts even more pressure on new mothers as well as those who may not even be able to breastfeed, or choose not to.

The topic was up for debate on Good Morning Britain where reality star Josie Gibson said it was ‘lovely’ and wish she’d had something similar, whereas writer Afua Adom suggested that it could make new mothers feel worthless.

Viewers watching the discussion took to Twitter to brand the £460,000 scheme ‘ridiculous’.

‘@GMB what about the women who would love to breastfeed but physically can’t, why should they be penalized for something that’s not their fault?’ added another.

‘It’s well known that there isn’t enough support for breastfeeding mums. I was fortunate and had a wonderful feeding journey. Plough the money into support services rather than vouchers,’ shared one mother.

One mother raged: ‘DISGUSTING! Every Mum instinctively wants to breastfeed but sometimes they just can’t. A fed baby is a happy baby. Bribes to try and make Mums do it is abhorrent. I had to cut lots of foods from my diet due to my baby having allergies. It is NOT EASY.’

Writer and presenter Afua said: ‘I think it would be a better use of the money, rather than giving shopping vouchers we should be investing the money first of all, making it easier for breast feeding mothers to continue and have more support for women at the start.’

She explained that she found it difficult and couldn’t exclusively breastfeed: ‘What I could have done with is more support. That I hadn’t failed.

‘By monetising this and by giving some women an incentive and a pat on the back “you’ve done really well”, we are saying to mothers who can’t breastfeed “you’ve failed”.’ 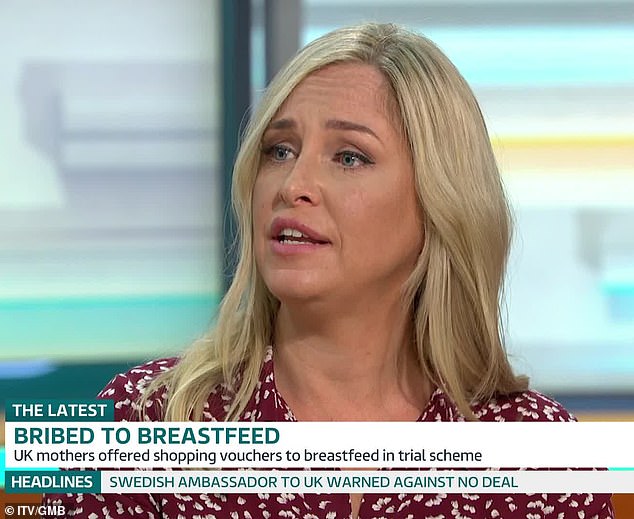 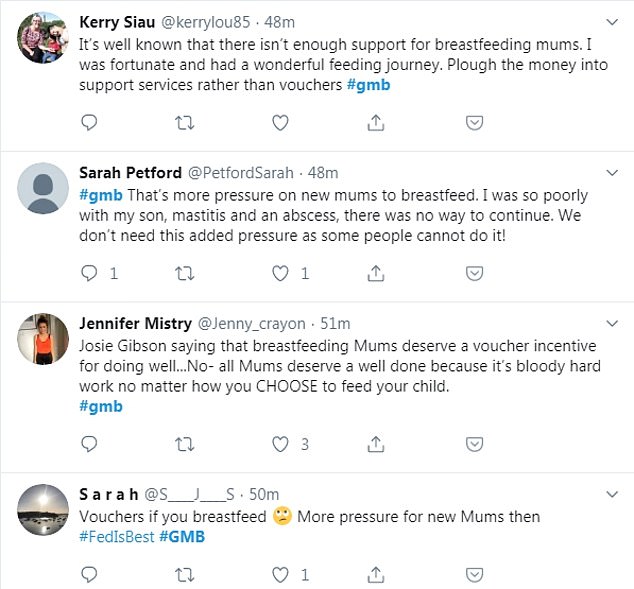 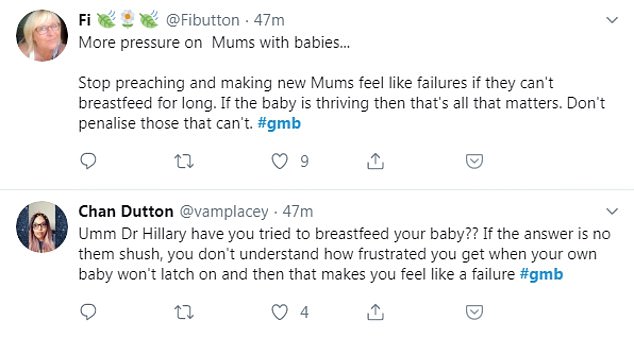 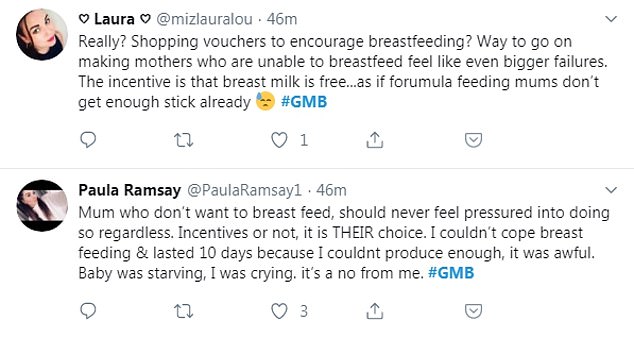 Former Big Brother winner Josie said of her own experience breastfeeding her one-year-old son Reggie James: ‘Looking back now I wish I’d gone on for longer. People love a goal don’t they, these incentives encourage you to breastfeed for longer, so you get a bigger incentive for how long you breastfeed for.’

Josie explained that it was ‘easier’ to put her son on the bottle because she ‘couldn’t get anything done’ after he breastfed one day for five hours.

‘In hindsight I knew he needed it for comfort, but I wish I’d gone on for longer.

‘For someone to come round and say “oh you’ve done really well here’s an incentive go and treat yourself”, it would just be so lovely because you think everything is fighting against you.’ 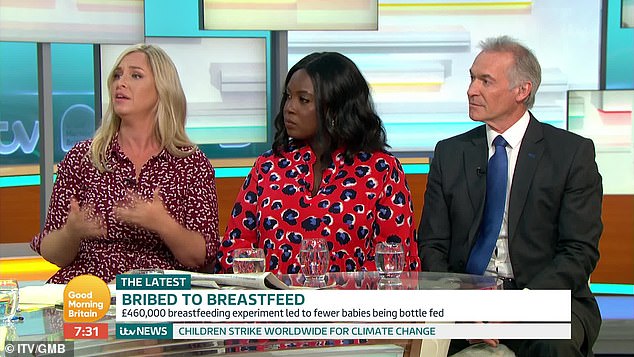 Dr Hilary Jones pointed out that the UK has the lowest rates of breastfeeding in the world and agreed that it was healthy for the baby and mother, but said Afua was right.

‘I agree with Afua, we could definitely have more resources of breastfeeding specialists to encourage women to do it and how to do it, not to have any pain and not to give up so quickly, that’s great.

‘In our society we financially incentivise all kind of things which are unhealthy, like three for one cupcakes, or booze, why not incentivise something that is actually healthy.’ 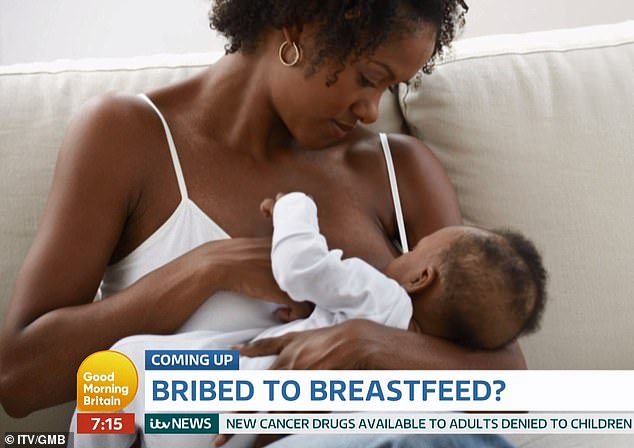 The scheme involved 5,398 mothers and their babies who were given vouchers and a control group of 4,612 who were offered no incentive on 46 maternity wards across the country, reports the Telegraph.

For those who were given the vouchers, breastfeeding levels rose from 31.7 per cent to 37.9 per cent over the eight weeks the trial was run.

Each mother received a maximum of £200 but the overall cost ended up being £1,000 per child, which suggests the results were not a total success.

Good Morning Britain airs weekdays on ITV from 6am