The Proud Boys promise to ‘venerate the housewife’ and ‘glorify the entrepreneur’, while believing ‘West is best’. They claim not to be racist.

Among the group’s odd rituals is the requirement that nominees be beaten up by members until they can name five breakfast cereals. These assaults are often filmed.

Members of the Proud Boys take part in a protest in Toronto, Canada, in October last year 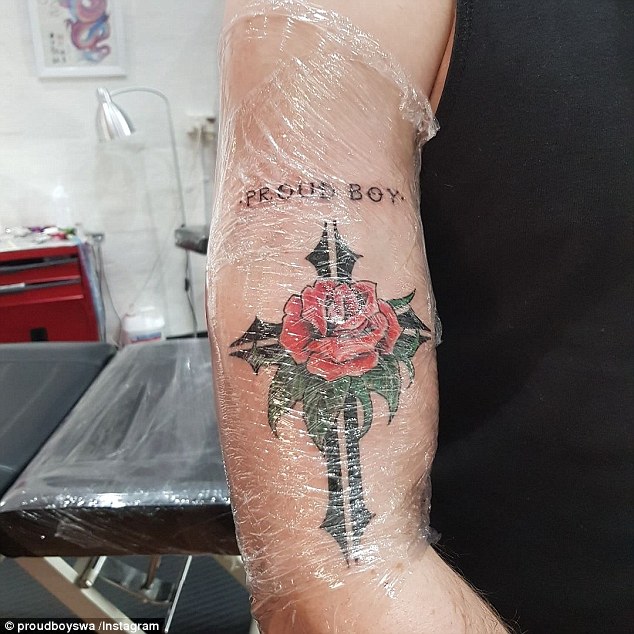 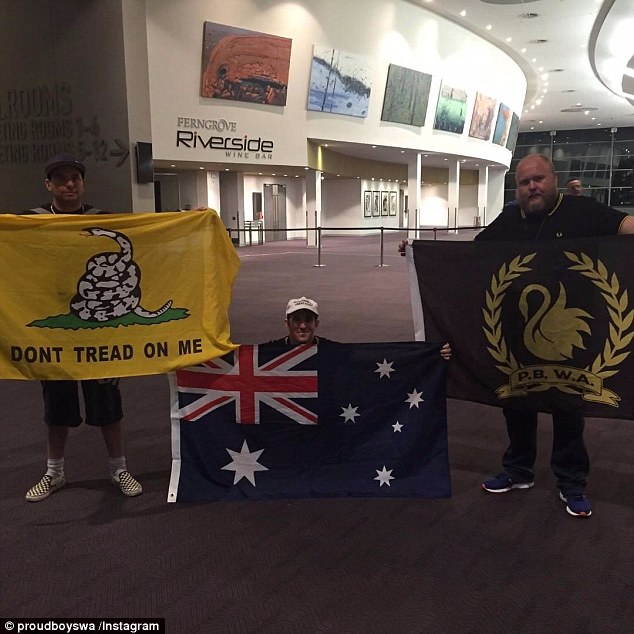 The group was started by conservative commentator Gavin McInnes, a co-founder of Vice Media who has been described as the ‘godfather of hipsterdom’.

Local Proud Boys, who do not engage with the media, have been spotted gathering in increasingly large numbers at hotels in capital cities.

The manager of an inner-city Sydney pub said the first he had heard of the group was when half a dozen turned up for a drinking session in their Fred Perry shirts about three months ago.

The next time there were about of dozen of them and they booked a room for dinner.

‘One of them described themselves as a men’s help group, supporting youths without dads,’ the manager said.

At one point the group left the pub for about 20 minutes having said they were going to initiate new members.

‘A couple of them were holding their ribs a bit tenderly when they came back,’ the manager said.

The group, which now numbers about 30, had also distributed stickers saying ‘It’s okay to be a Proud Boy’ on the street outside the pub. 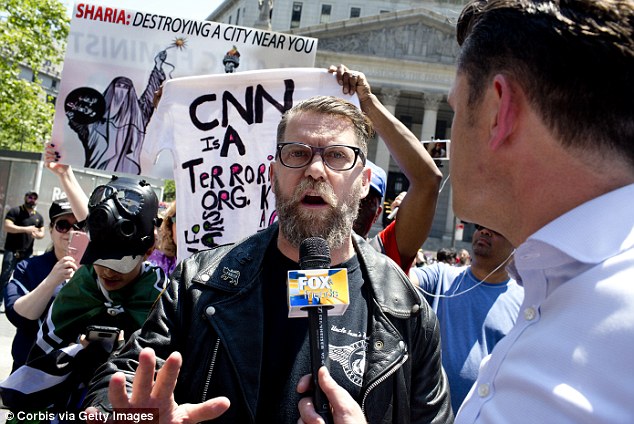 No one in Australia seems to be the group’s spokesperson but McInnes has given interviews to US news outlets explaining what Proud Boys are about.

An administrator of the Proud Boys Sydney Facebook page declined to discuss the workings of the group with Daily Mail Australia.

‘We don’t really speak to media,’ the administrator said.

‘We don’t see it being conducive as a fraternal organisation of like-minded blokes who get together for a beer.

‘The founder of Proud Boys, Gavin McInnes, has outlined in many public forms exactly what Proud Boys are.’

Much of what McInnes has said in public forums makes the group sound like frat boys, particularly its initiation ceremonies. 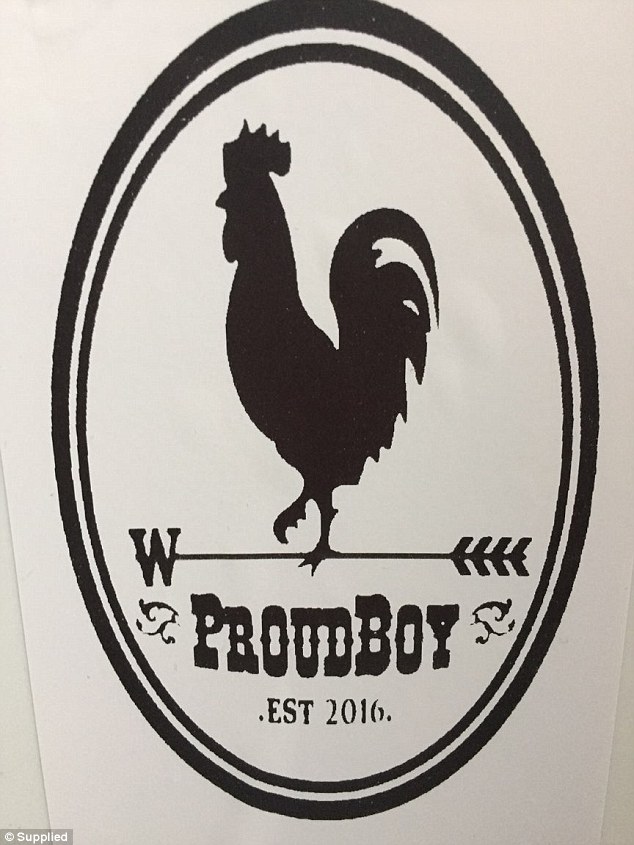 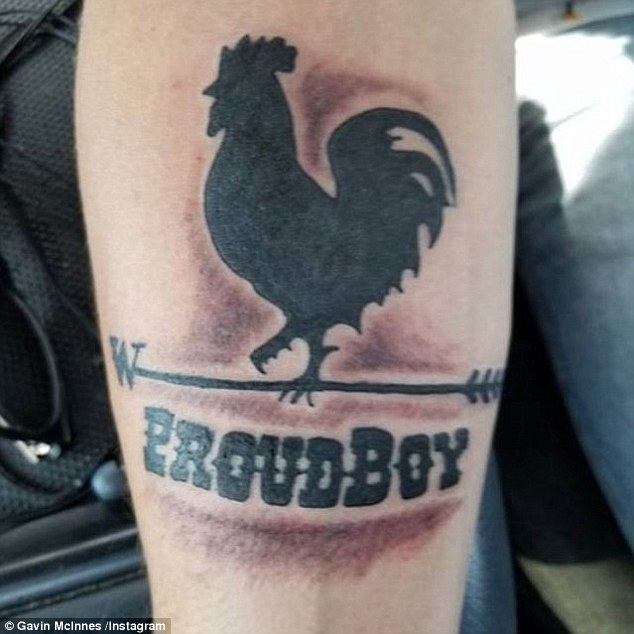 ‘Our motto is that we’re Western chauvinists who refuse to apologise for creating the modern world,’ he has said. ‘That’s really the only tenet.’

The group’s motto is: ‘West is best’.

McInnes pushes a message that men need to be masculine. ‘There’s a real sort of anti-masculinisation going on,’ he has said. ‘Not with just grown men, but with little boys. There’s a real war on men going on.’

In 2013 McInnes wrote about what he had learned of women and sex.

‘I learned they want to be downright abused. When I stopped playing nice and began totally defiling the women I slept with, the number of them willing to sleep with me went through the roof.’ 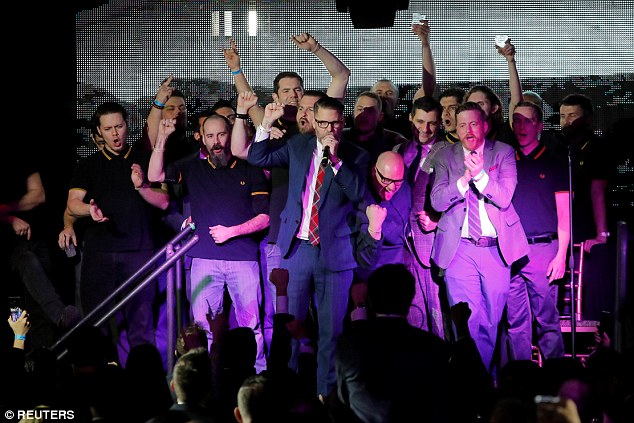 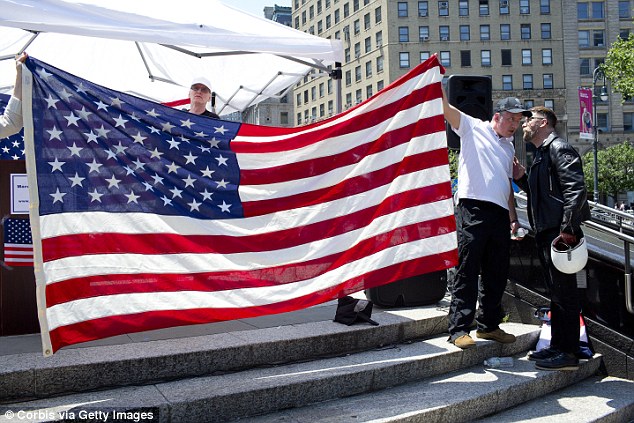 The name of the group comes from a stage show song Proud of Your Boy in which Aladdin apologises to his mother for being ‘one rotten kid’ and promises to make her ‘proud of your boy’.

McInnes interpreted this lyric to mean Aladdin was apologising for being a boy and has said the Proud Boys sing the song at their meetings.

Founded in New York in 2016, there are Proud Boys chapters across the US as well as in Canada and Great Britain, and now Australia.

The group conducts meetings in public – often in bars – but is nonetheless secretive, operating much like a US college fraternity.

Memberships is a matter of degrees. The first degree requires only that a nominee declare themselves a Proud Boy by reciting their credo: ‘I am a Western chauvinist, and I refuse to apologise for creating the modern world.’

The second degree requires Proud Boys to receive a beating until they can name five breakfast cereals. The third degree demands a Proud Boys tattoo. 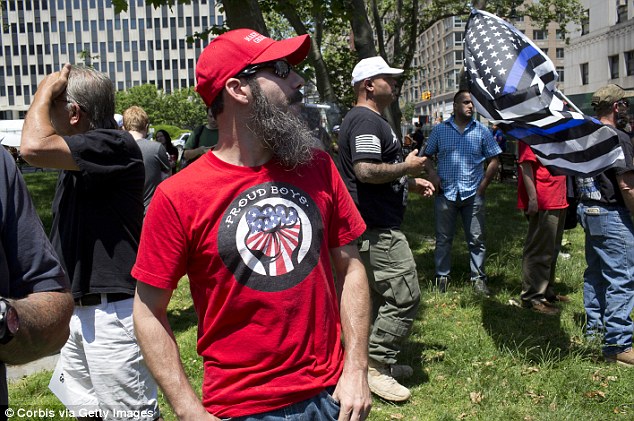 A fourth degree, added later, is supposedly achieved when a Proud Boy takes part in ‘a major fight for the cause’.

Black Proud Boys and Gay Proud Boys are accepted but non-white Proud Boys must ‘recognize that white men are not the problem’ and not ‘whine about racism or blame it for their problems.’

Proud Boys have been involved in disturbances at US protest rallies including scuffles with members of the anti-fascist Antifa movement.

McInnes helped found the Vice magazine and media company in Canada in the 1990s. 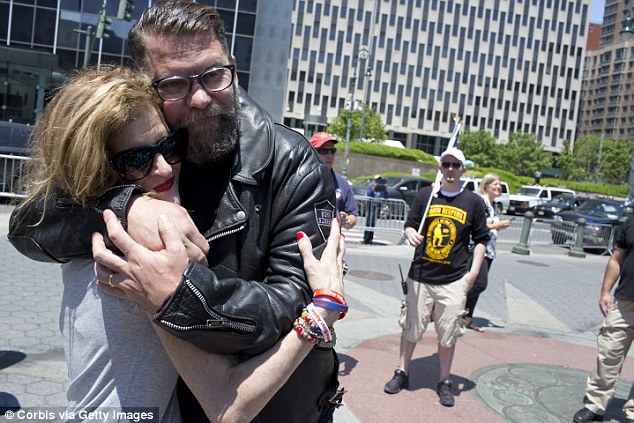