Twist in ‘fake daycare centre’ saga: Mother claims she was ‘duped into $4 million Centrelink scam’ – as THIRTY-FIVE accused syndicate members appear in front of a magistrate

By Daniel Piotrowski and Charlie Moore For Daily Mail Australia

Mothers accused of being part of a $4 million ‘fake daycare centre’ fraud shielded their faces – and one claimed her innocence – as they fronted court for the first time.

Thirty-five people faced a south-west Sydney court on Monday over allegations they participated in a fraud by saying their kids attended the Red Roses Daycare Centre.

But police claim the childcare centre never actually existed and was just a way for a huge syndicate consisting of up to 150 people to rort millions from Centrelink.

At least 17 accused appeared in Liverpool court for the first time today, with one accused woman’s lawyer saying her client had been hoodwinked into the scheme.

‘She’s innocent … She’s the victim is all I can say. She is a victim,’ said lawyer Betty Abou Hamad.

Ms Abou Hamad said her client did not speak English and ‘someone trapped her’ into the alleged scam. 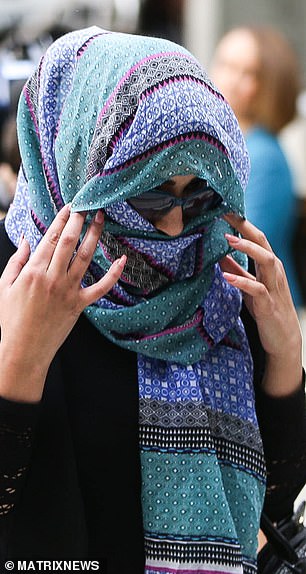 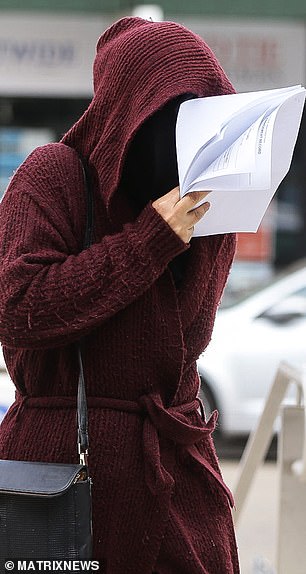 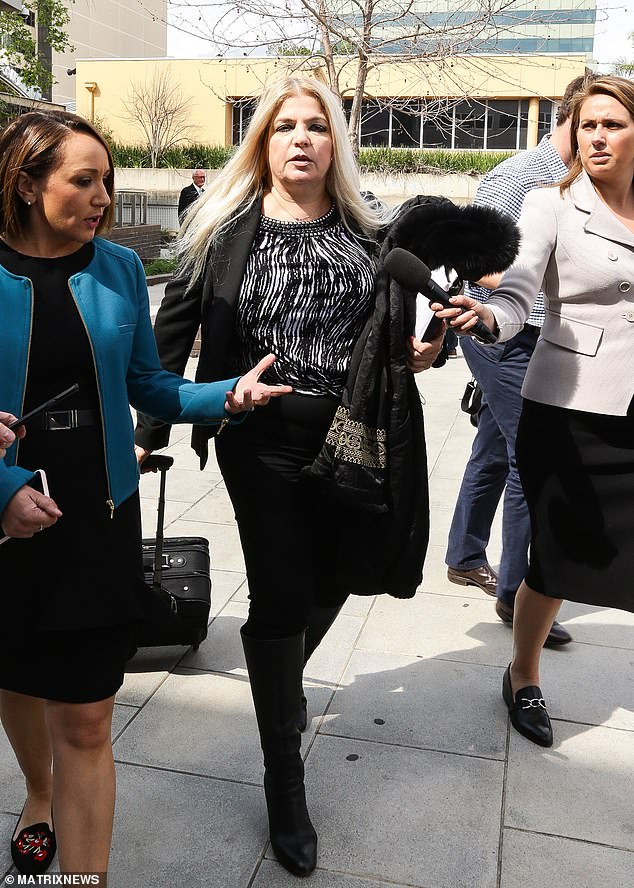 ‘She’s innocent. She’s the victim is all I can say,’ said lawyer Betty Abou Hamad (centre), speaking about her client (not pictured) outside court today

Also fronting court once again was the alleged ringleader of the daycare centre plot, Alee Farmann.

Farmann’s solicitor said ‘of course’ he would be fighting the charges over what is believed to be the biggest fraud of its kind in New South Wales history.

No pleas have been entered to charges.

Police allege the scam was so elaborate it even involved fake graduation ceremonies, mocked up timesheets and fixed rosters.

Police have also claimed the effort was more organised than an outlaw motorcycle gang. 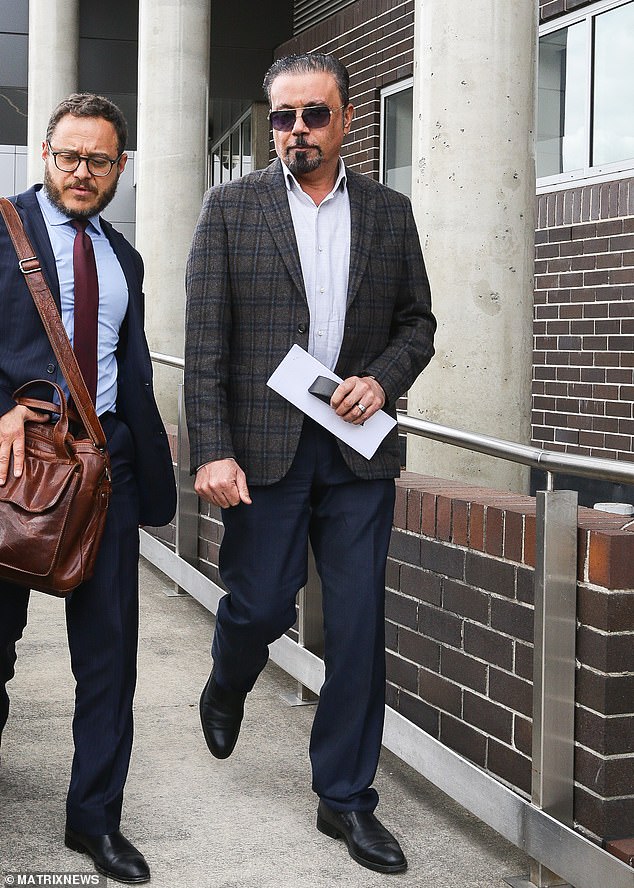 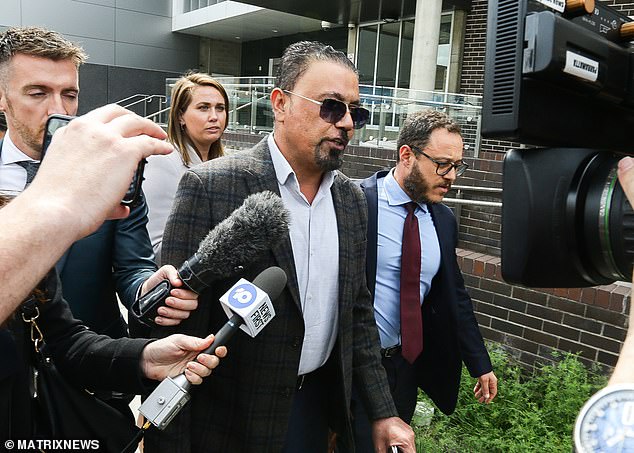 Farmann’s lawyer (right) said ‘of course’ his client will fight the charges, and said he will have more comments to make about the matter in the future

There were farcical scenes in the courtroom itself today, with the magistrate only allowing the lawyers for the accused syndicate members to enter.

Prosecutors told the court forensic accounting work will not be completed until the end of November, when the case returns to court.

Meanwhile, extensive translation work of evidence – such as Arabic text messages – will not be completed until April next year.

At the heart of the case are police claims as many as 150 parents used the business to fraudulently obtain a Commonwealth rebate of up to $146 a week per child.

Police have alleged some parents each claimed fraudulent rebates for between three and seven children in care. 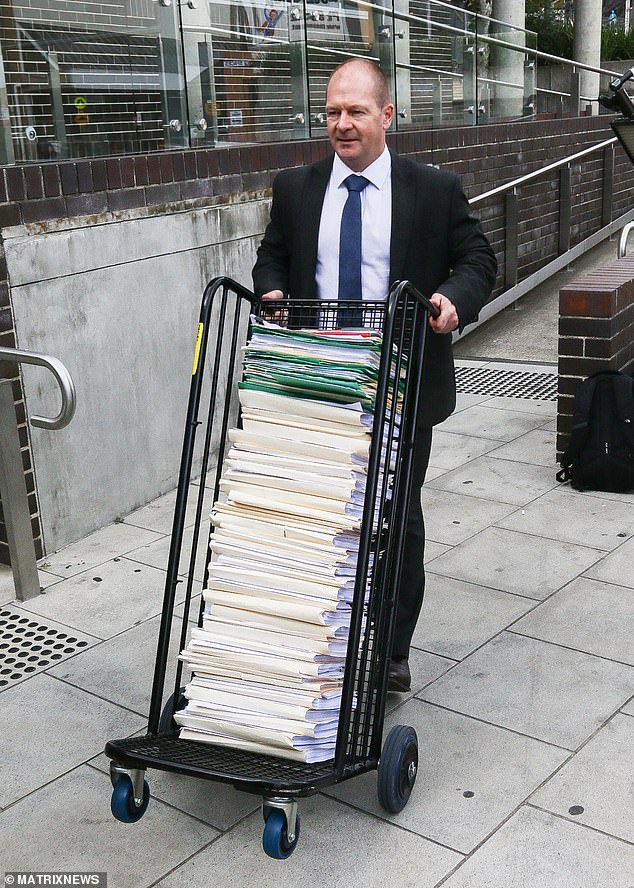 But within the months, the whole alleged plot came crashing down.

In the first wave of arrests in May, police raided 23 properties from southwest Sydney to Wollongong.

Three people were charged with directing a criminal group and 14 with participating.

One of the women charged at the time allegedly had $35,000 cash in her handbag when she was arrested at her South Granville home.

Police seized cash and a new Range Rover, along with large volumes of documentation, including business records, and two electronic control devices.

A further 22 people were charged over the alleged syndicate last month.