‘He drags him back like a RAG DOLL’: Rio Ferdinand and Joleon Lescott are baffled as Casemiro somehow escapes being booked in first half against Manchester City despite TWO clear yellow-card fouls

Contesting the Champions League semi-final second leg, the Brazilian midfielder made poor, cynical tackles on City’s Kevin De Bruyne and then Phil Foden, neither of which were punished by a booking from referee Daniele Orsato.

And Ferdinand likened the challenge on Foden to being pulled back ‘like a rag doll’, claiming by the ‘letter of the law’ Casemiro should have even been sent off. 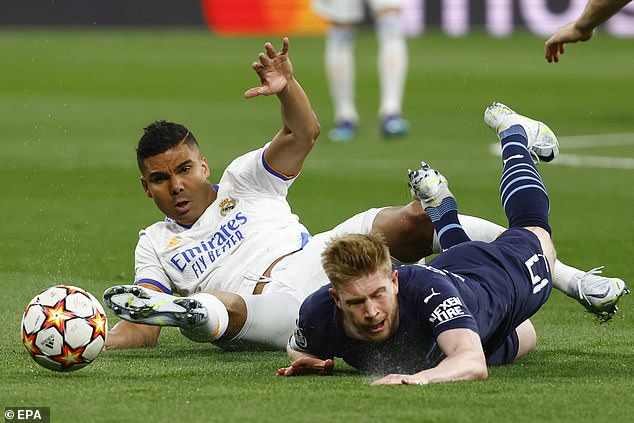 He said: This one, he drags him back like a rag doll by his shirt, I don’t know how he didn’t get a yellow card there.

‘He got away with it, but he’s cute, he stays down, pretends he’s injured, gets away with it.’ 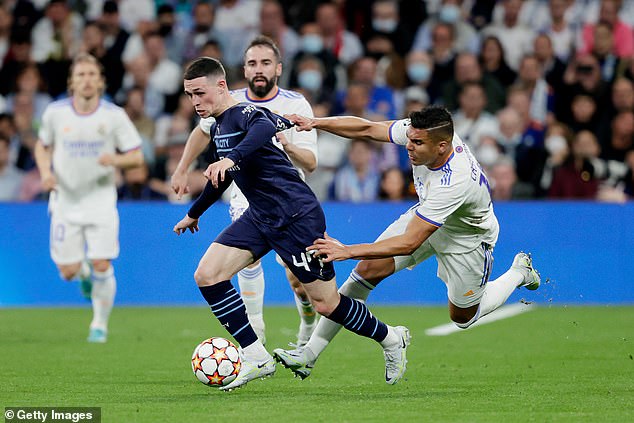 The 30-year-old avoided a booking after a melee between the two players following the first foul, and escaped the referee’s attention by pretending he was injured following the second.

And fellow pundit Joleon Lescott added: ‘Yeah, he definitely should have been carded at some stage. there were two instances. I’ll tell you what’s helped him – the melee after the first one and then him staying down after the second one.

‘He’s recognised the situation in both occasions. but yes, he definitely should have received a yellow card at some point in that half.’