‘I had a sweat on and everything’: Rio Ferdinand blown away after Manchester City and Tottenham serve up the quickest five goals in Champions League history

The first-half flood broke the record previously set by the Borussia Dortmund’s 8-4 win over Legia Warsaw in 2016, when the German side led 3-2 after 24 minutes.

Speaking during the half-time break, former Manchester United defender Rio Ferdinand told BT Sport: ‘I need a breather. I had a sweat on and everything. It was unbelievable. 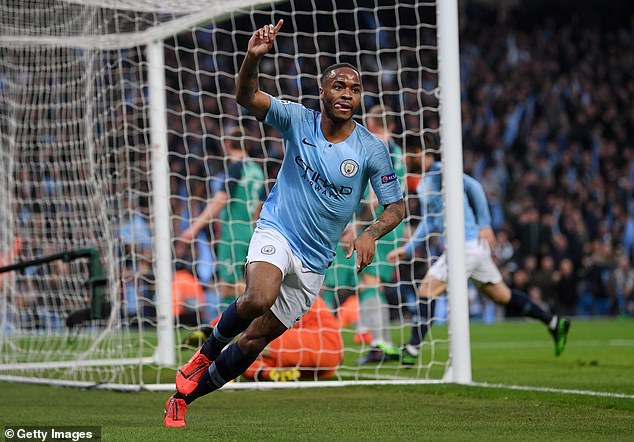 ‘The first 10 minutes… I’ve never been involved in anything like it.’

Spurs led 2-1 after 10 minutes after Son Heung-min scored twice after an early opener from Raheem Sterling.

Ferdinand was very impressed by City’s wingers, but not Kieran Tripper, for the first goal.

He explained: ‘Watching the game, the two wide players have been majestic, stayed wide and spread this back four out completely.

‘Watch (Bernardo) Silva bring Trippier in which makes the space for Sterling, but once he gets there Trippier does nothing to stop Sterling coming onto his favoured right foot. It’s too easy.

‘As a full back you know your players and you don’t show him inside there, you can’t. You’ve got to show him down the line and make him cross it with his weaker foot. He doesn’t do either, allows him to come inside and what a finish from Sterling.’ 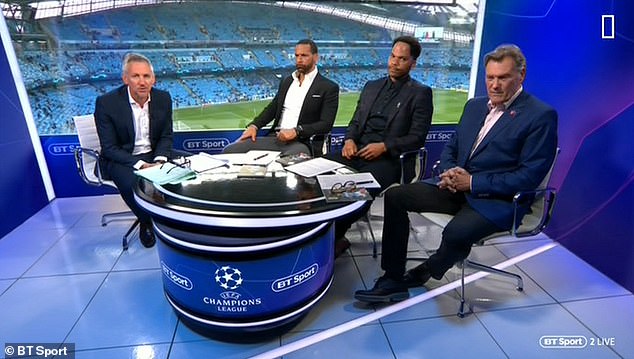 Bernardo Silva scored City’s second with a shot which deflected off Danny Rose.

Analysing the goal, Ferdinand added: ‘Again, the wide players here… so wide it’s hard for the full backs to get out and get a glove on them.

‘The run from (Kevin) De Bruyne takes Rose in and then loads of luck obviously, but it’s the approach play that gets them into these positions that are creating the dangers.

‘Rose is terribly unlucky and so is Lloris but great movement form the Manchester City team and you get your rewards when you play the right way.’

City went back ahead with the final goal of a pulsating first half, with Sterling tapping home at the back post following a low cross from De Bruyne. 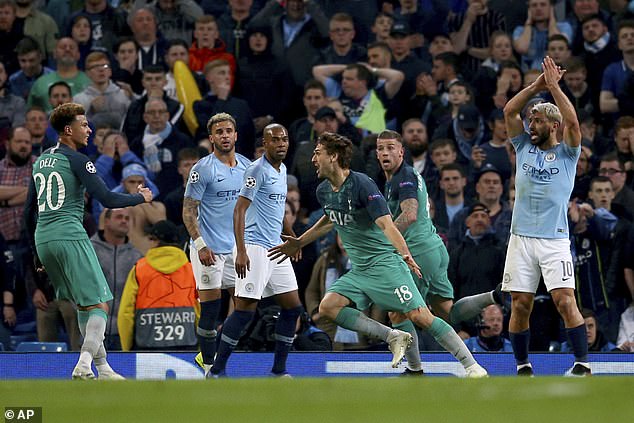 Hoddle said: ‘An outfield player would have read that (the cross) – he’d have been out. Don’t go too near to the near post.

His reading of the game (isn’t good enough). Plus Spurs went to sleep from the quick free-kick.’

But Ferdinand was keen to focus on the assist. ‘It’s a great pass,’ he said. ‘Nobody passes the ball like De Bruyne. Best on the planet.’

The drama did not stop at half time. There were another two goals after the break, with Sergio Aguero and Fernando Llorente on target.

Llorente’s strike, which proved decisive in the end, was awarded after a VAR review had checked for a potential handball.

The VAR intervened again in stoppage time after Raheem Sterling thought he had completed his hat-trick, only for Aguero to be given offside. 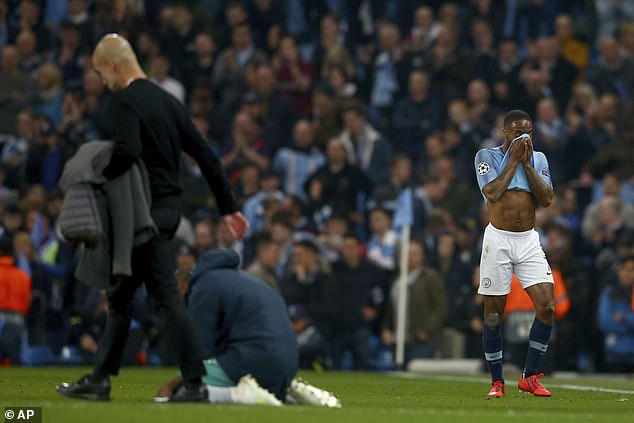