They have been enjoying a sun-soaked break to Dubai.

And Rio Ferdinand was keen to gush about his girlfriend Kate Wright on Saturday, as he shared a snap from their lavish Dubai dinner on Instagram.

The 39-year-old former footballer posted the Instagram image with Kate, 26, putting on a very busty display as they posed with Turkish chef Salt Bae.

Loved-up: Rio Ferdinand, 39, gushed about girlfriend Kate Wright on Saturday, as he posted a snap from their lavish Dubai dinner with chef and meme star Salt Bae

In the post, Rio told fans that he and Kate had just returned from their Dubai break, after enjoying the lavish last supper with the famous meme star.

He wrote: ‘Just landed back home & back to work! What a night @nusr_et what an atmosphere! Thanks for the show u put on for the boys! My bae looking’ followed by a fire emoji.

The blonde beauty showed off her gorgeous curves in a busty black top and stripy skirt combo, adding some extra glamour with matching tasselled earrings as she put on a cosy display with her beau.

Kate recently paid tribute to boyfriend Rio and his three children Lorenz, 11, Tate, nine, and Tia six, on Mother’s Day, sharing a simple well wish as she told fans to spare a thought for those who are without a mum. 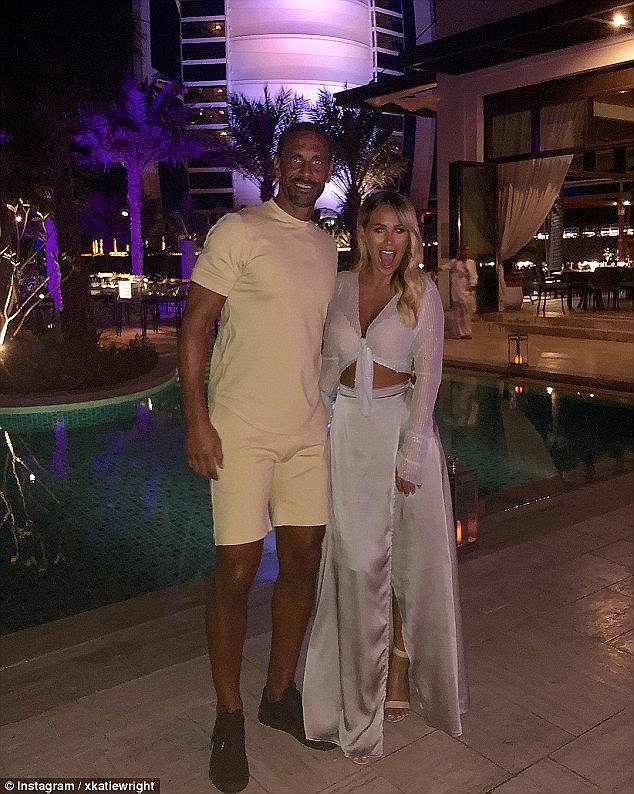 Happy pair: The couple have been dating since 2017, with ex-TOWIE star Kate recently implying that she had moved in with the footballer star and his three children

Taking to Instagram she wrote: ‘Happy Mother’s Day to my lovely mum, I love you so much,’ she began, before going on to express her sadness for Rio’s children on such a difficult day.

She said: ‘Although I am lucky to have my mum here with me today I can’t help but feel so overwhelmed and full of emotions that both Rio and the children don’t have their mums with them today.’

Seemingly confirming she was now living with Rio and his brood, she added: ‘We are living in a house full of grief trying to get through and days like today just feel so tough. Celebrate your mother’s and keep them close.’ 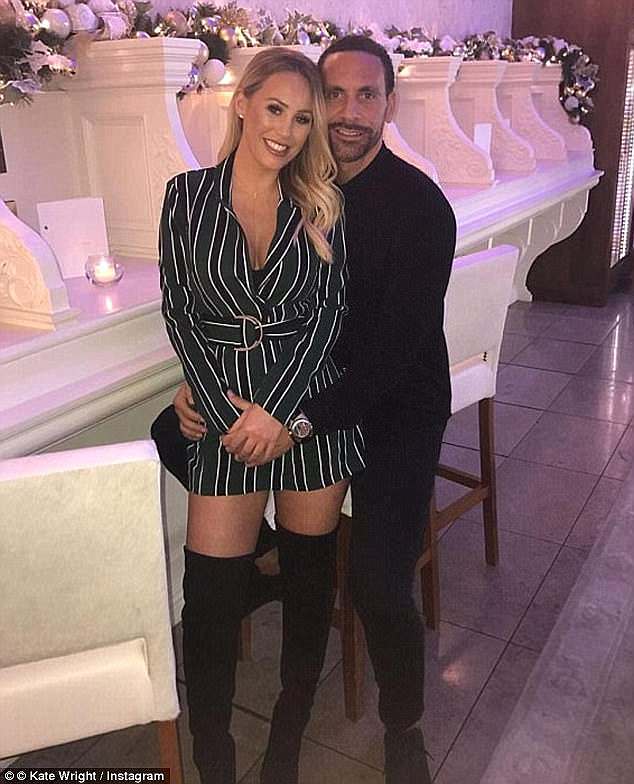 Loving it: In his post Rio told fans that he and Kate had just returned from their Dubai getaway

The footballer’s wife Rebecca passed away aged 34 in 2015 after a short battle with cancer – leaving Rio as the primary caregiver for his children.

Kate and Rio embarked on romance two years later, and the blonde has since grown close to his brood – claiming to have gained ‘the four most precious people’ in her life, in an Instagram post shared on New Year’s Eve.

It appears Kate’s efforts to befriend his kids have paid off, as sources recently claimed she is now a fully-fledged part of the family.

An insider told The Sun: ‘She was telling her friends how great everything is for her at the moment. Rio’s children love her.

‘She sees Rio as her soulmate, they have a real connection. She was saying she is happy to take a backseat with work and let his family be the priority.’ 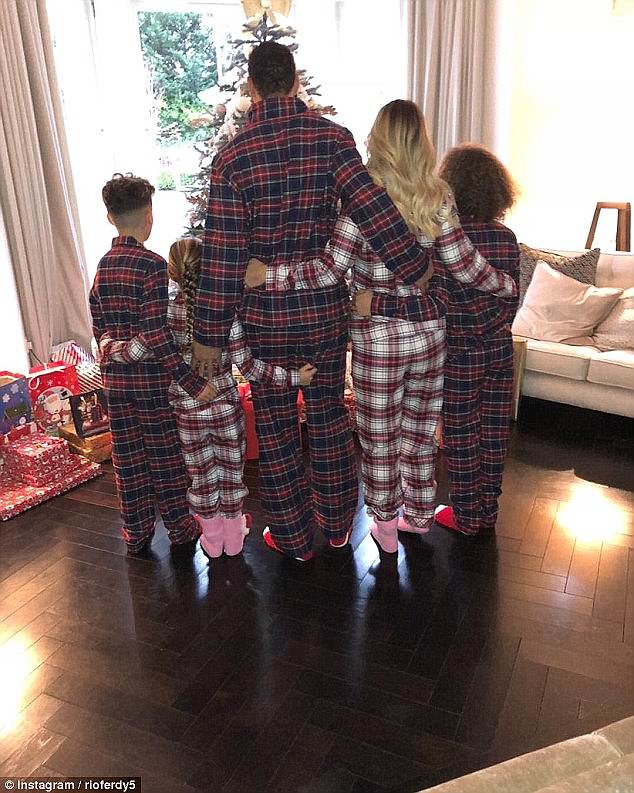 Family time: Kate also recently paid tribute to Rio and his three children on Mother’s Day, taking to Instagram asking fans to spare a thought for those without a mum