Tammy Abraham drew comparisons to Chelsea legend Didier Drogba after adding to his tally once again on Wednesday in the Champions League.

Abraham opened the scoring on his 22nd birthday as Chelsea got their European campaign up and running with a 2-1 victory at Lille following their opening day defeat against Valencia.

The English striker slotted home brilliantly for his first ever Champions League goal on Wednesday – already his eighth strike of the season in all competitions.

And following the final whistle, Rio Ferdinand and his fellow BT Sport pundits hailed Abraham, who is set for a call-up to England’s senior side for the upcoming Euro 2020 qualifiers against Czech Republic and Bulgaria.

Former Manchester United defender Ferdinand said: ‘I saw elements in Tammy’s game today that I hadn’t seen as much that I’d have liked to. His hold-up play, coming to the ball and bringing others into play.

‘First half, one ball went up to him, Didier Drogba-esque, chests it down for someone, runs on for the next phase – I think he’s developing nicely. 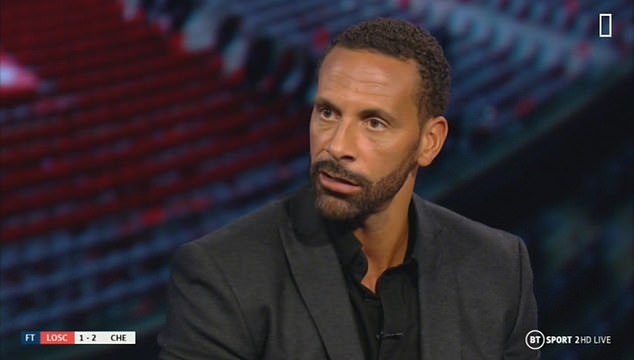 Ferdinand added: ‘What I love about him is that everyone thought Solanke was better and he’s had to go out on loan and he’s showed people that he’s made of the right stuff.

‘He’s got the character and nous to see a situation and take that, he’s doing that game by game.’

Joe Cole also sung the praises of Abraham, who spent last season on loan at Aston Villa – helping them earn promotion back to the Premier League.

Cole, who featured for Chelsea between the years of 2003-10 where he won three Premier League titles, claims the striker will continue to develop into a top striker.

Cole added: ‘He’ll keep improving and he’ll keep getting chances and will put them away.’ 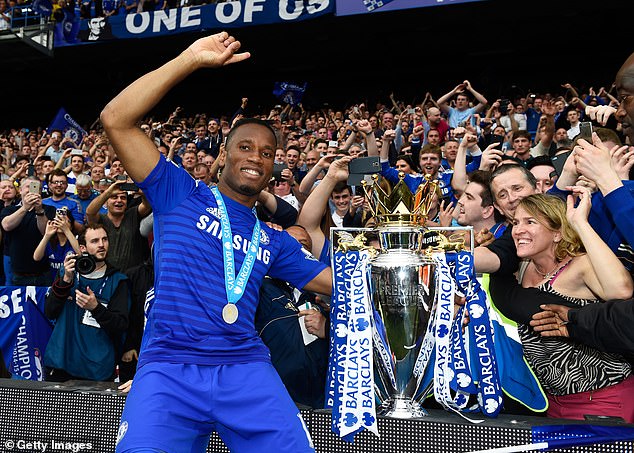