Rio Ferdinand praised the work of ‘majestic’ Chelsea goalkeeper Edouard Mendy as he pulled off a brilliant close-range save to earn the Blues a spot in the Champions League final.

The Blues goalkeeper made a finger-tip stop from Karim Benzema’s rasping shot in the first-half to keep Chelsea in front at Stamford Bridge – one of two brilliant stops he produced in the first-half.

Mendy then acrobatically parried Benzema’s header over the bar a few minutes later to prevent another golden Real Madrid chance on Wednesday night. 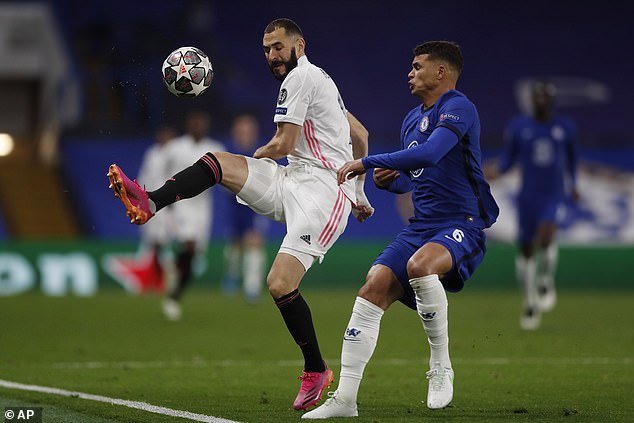 Chelsea held on for the victory in west London and Ferdinand hailed the Senegalese international’s first stop as it came to his side’s rescue when they needed him most.

Ferdinand told BT Sport: ‘That was a majestic save from Mendy. When we talk about moments, they’re the moments we are talking about.

‘It isn’t just about strikers, it’s goalkeeper who have to step up too.’ 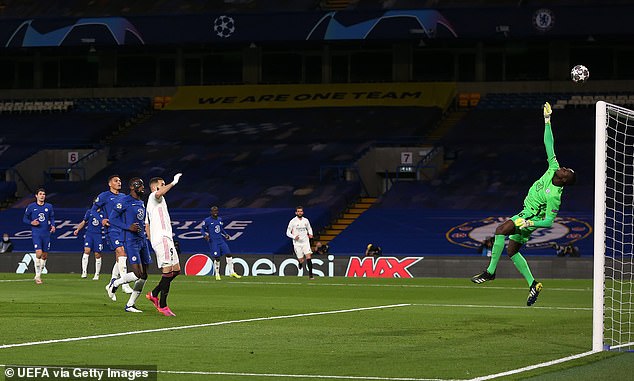 Former Blues midfielder Joe Cole echoed Ferdinand’s sentiments and claimed the 29-year-old, who moved to Stamford Bridge at the start of the current season, has been an inspired signing.

Cole added: ‘Mendy has been a revelation since he’s come in. No matter how good you defend, when he’s been needed he steps up.’

Fellow BT Sport pundit Michael Owen, however, claimed the focus should be on French striker Benzema for not finding the net for the second of his first-half chances.

The 34-year-old had 28 goals to his name this season going in to Wednesday’s semi-final second-leg but Owen claimed Benzema’s execution was not good enough. 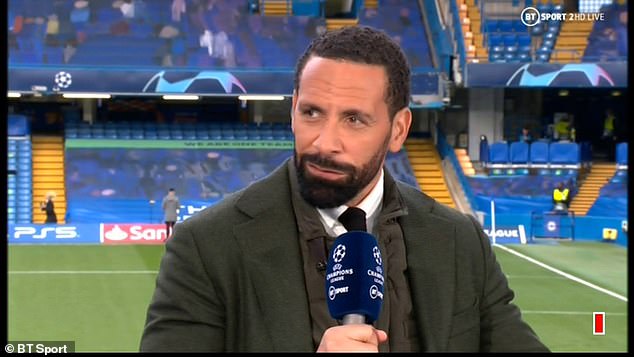 Speaking about the chance, the former Liverpool striker claimed: ‘Benzema will be kicking himself.

‘That’s why I hate when people say hit the target, you can hit the target all you want but a player of his quality has got to find the corners and it’s not good enough at this level.’

Chelsea booked an all-English Champions League final with Manchester City in Istanbul later this month and opened the scoring in the first-half through Timo Werner’s tap-in after Kai Havertz’s chip over Thibaut Courtois had come off the bar.

The Blues had several second-half chances to double their lead, but Madrid’s second-half resolve was broken when Mason Mount tapped home Christian Pulisic’s cross late on.