As Sportsmail revealed on Monday, Ferdinand is in line to be appointed as United sporting director after meeting with Ed Woodward, who is seriously considering bringing him back to the club in a major role ahead of next season.

The pair were spotted exchanging words prior to the Champions League semi-final first leg between Tottenham and Ajax on Tuesday and Ferdinand revealed he asked to know more about the details of the Dutchman’s job as he prepares for a change of career.

Ferdinand posted the picture of the two of them on his Twitter with the caption: ‘Dropping knowledge’.

Ferdinand also told BT Sport: ‘The game today is more important than talking about that.

‘He’s a lovely fella (van der Sar). He’s doing a fantastic job there. He was just telling me the ins and outs of what he actually gets up to there.

‘It’s very demanding but very satisfying when you’re playing at a level like this at this stage in the tournament.’ 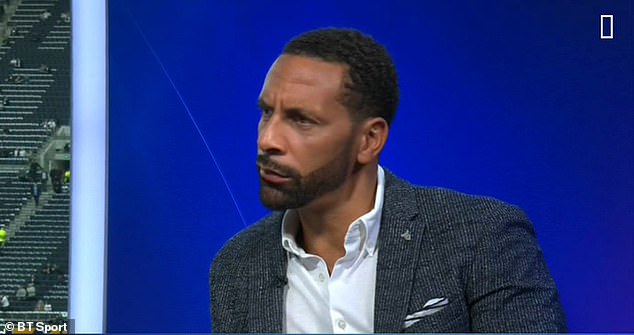 Ferdinand said: ‘He was just telling me the ins and outs of what he actually gets up to there.’

Van der Sar, who lifted the Champions League with Ferdinand in 2008 during his days at United, has also been named as a front-runner to become the Premier League club’s new technical director.

United are currently restructuring the club and weighing up appointing someone to guide transfer strategy and oversee negotiations while being in tune with the manager.

United owners the Glazer family have been keen to get Ferdinand on board since his retirement four years ago, but personal circumstances made that unworkable. However the timing could now be right. 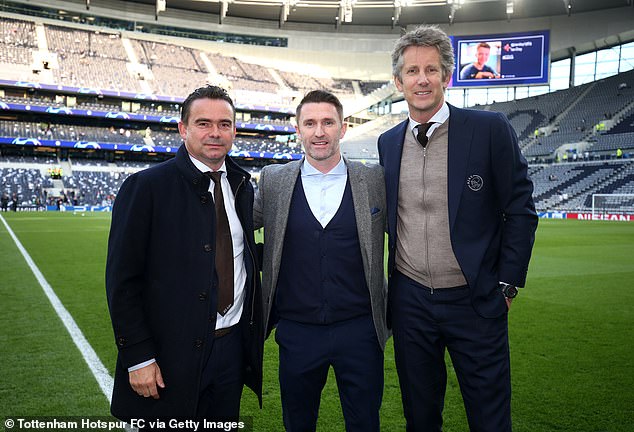 The club want to use their rich heritage in a similar way to Ajax, where van der Sar, along with director of football Marc Overmars, have helped the club to reach the semi-final of the Champions League this season.

As revealed last week by Sportsmail, Mike Phelan has also held talks with United over the technical director position, which is focused on maintaining standards at Carrington and leading the academy.

Darren Fletcher’s name has been mentioned as another addition in this area too. It is unclear how the final structure will shape up.