A former AFL star has spoken about his battle with depression and anxiety, revealing his mental health was once so bad he contemplated suicide.

Jake Edwards was a star on the rise when he abruptly abandoned his promising football career with Carlton after one poor game.

The 19-year-old drove home to his parent’s farm, calling the club on the way to tell them he was quitting footy.

What he had kept from his coaches and fellow teammates was that he was enduring a daily battle that included insomnia, self-isolation, and crying and he was lost about where to seek help.

‘I did what every typical young male does and just closed off. I didn’t want to talk about it, I didn’t want people to know about it. I eventually had a meltdown and went to see mum and dad. I just couldn’t get out of bed.’ he told QWeekend. 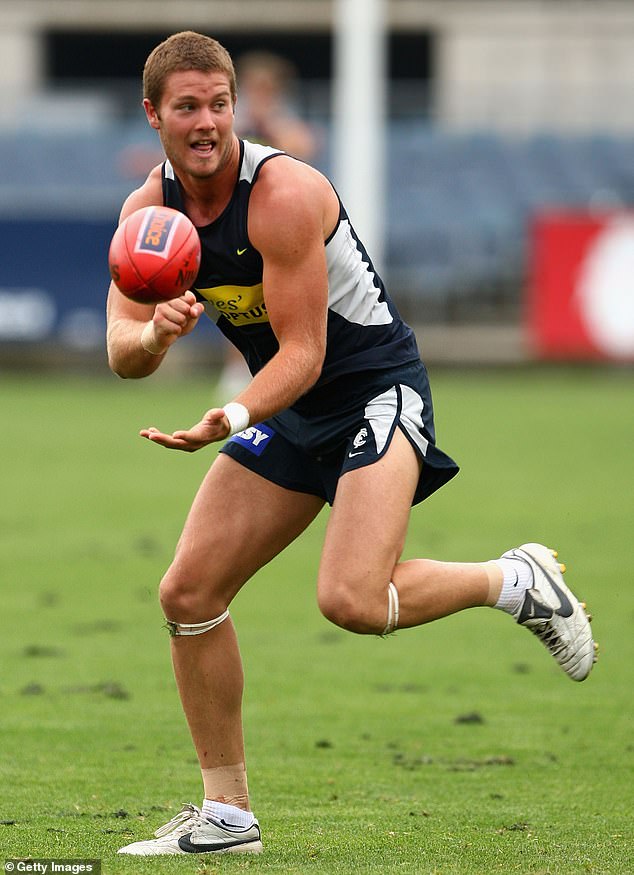 At 19-years-old, after one poor game, Jake Edwards abruptly abandoned his promising footy career with Carlton

After being diagnosed with depression and anxiety Edwards began taking medication and was able to return to Carlton.

Describing himself as young and naive, he said he thought he had found a solution to his problems by just taking a pill.

He admits he did not ask enough questions after he was diagnosed, being eager to just get back on the field, and did not realise his mental health would be an ongoing issue.

A few years later, after having left Carlton and moved on to training with the Western Bulldogs, he was overlooked in the AFL draft – a blow that would see his condition resurface with a vengeance.

Edwards lapsed into him into a booze and drugs spiral that culminated in him trying to commit suicide in his bathroom after a four-day binge.

‘I thought it was the right thing to do at the time, that my family could move on and friends could stop worrying about me. But what I know now is everything I was saying to myself at that time was all fabricated.’

It is a far cry from where the 32-year-old is today, having launched his own not-for-profit ‘Outside the Locker Room’ aimed promoting mental health in sports clubs and schools.

About 200 sporting clubs have signed up to the program, with most recently the Brisbane Lions AFL club getting on board. 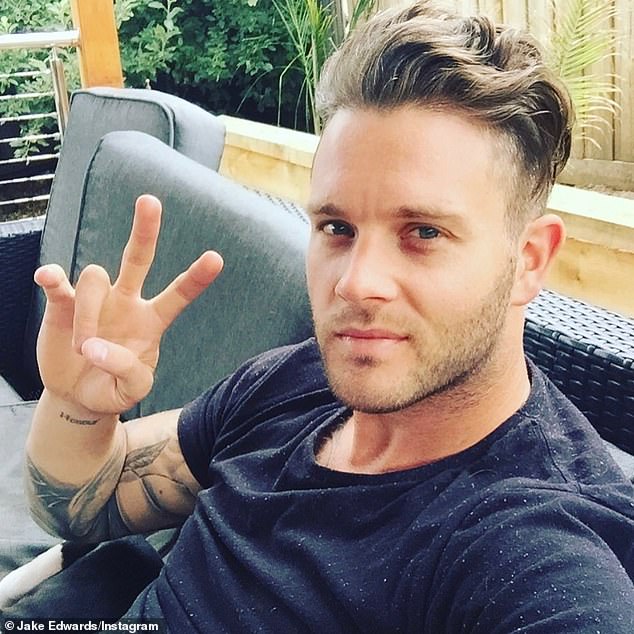 About 200 sporting clubs have signed up to Edward’s program, with most recently the Brisbane Lions AFL club getting on board

Brisbane Lions legend Luke Hodge, 36, is an enthusiastic backer of the initiative.

Hodge said the program is important for helping kids to get the courage to speak up if they  are experiencing difficulties – with research showing about two thirds of mental health conditions surface before the age of 25.

The 20-year AFL veteran said the education sessions were also important for coaches and teachers in raising awareness that just because a child says they are fine it doesn’t necessarily mean they are.

He says communication and asking the right questions to get people to open up was key to tackling mental health issues. 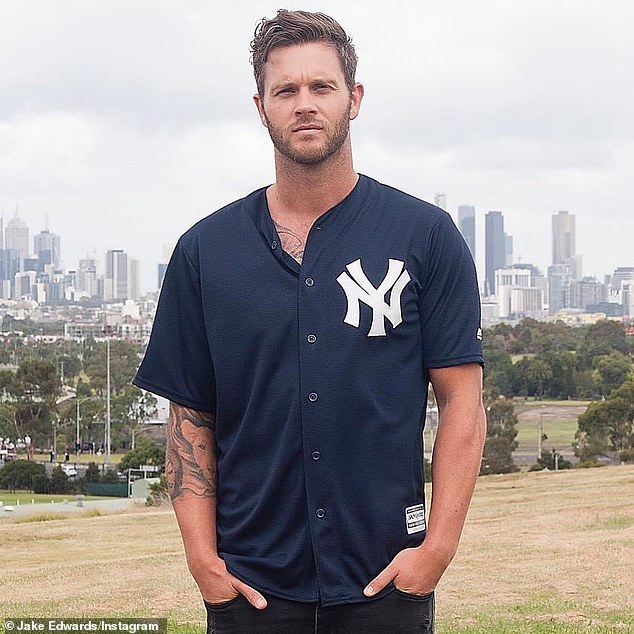 The initiative has just received a $500,000 donation from philanthropic organisation the Epic Good Foundation.

Edwards says the money will be used to roll out the scheme to 20 more schools and clubs across Queensland in the hope kids will get help earlier than he did.

‘Luckily enough for me, I got to shake my old man’s hand again and I got to hug my mum again, but unfortunately there’s a lot of families of people out there who don’t get that opportunity.’

Edwards says he worked with drug and alcohol support personnel, psychiatrists, and did a lot of work on himself to get through his battle.

Outside the Locker Room offers trained counsellors available to help youngsters before their problems get out of control.

The program is currently available as an app because of coronavirus restrictions, Edwards says, but will hopefully resume face-to-face lessons soon.