A University of Miami sorority got a rival sisterhood suspended after leaking a hazing video.

The Delta Gamma chapter, at the Coral Gables, Florida, has been banned for at least two years after members of the Delta Phi Epsilon sorority, with whom they have a long standing rivalry, sent the incriminating footage to university officials. 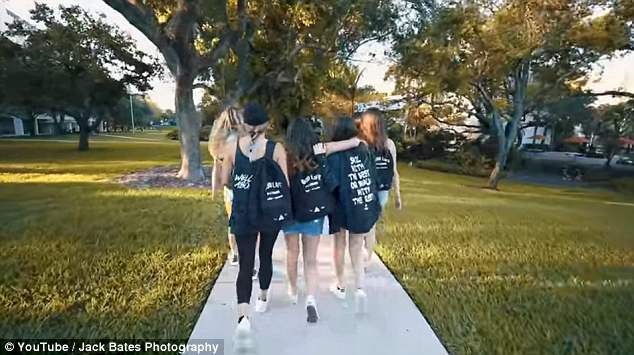 The Delta Gamma chapter, at the Coral Gables, Florida, has been banned for at least two years after members of the Delta Phi Epsilon sorority, leaked the footage

‘Delta Gamma does not and will not tolerate hazing behavior,’ national Delta Gamma President Stacia Rudge Skoog said in a press release, obtained by the Miami Hurricane.

‘It is our responsibility to uphold the values and standards of Delta Gamma among all of our members and chapters. Beta Tau violated Fraternity and University policies, which left us no choice but to close the chapter.’

The students involved may still face individual disciplinary action from the university.

Meanwhile, The Delta Phi Epsilon advisory board said the chapter ‘categorically denies’ any involvement in the incident.

‘Our Sisterhood is shocked and disheartened by any turn of events that causes harm to any individuals or organizations in our small, tight-knit community,’ member Carolina Yera told the Herald. 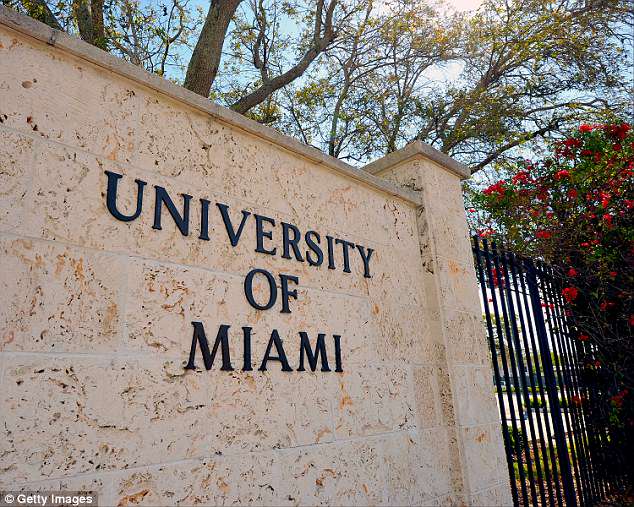 The move comes just one month after Miami University revealed it was investigating reports of hazing and misconduct among multiple fraternities, Cincinnati.com reports.

The six were banned from completing their new member initiation process while the rest were given just a few days to finish their initiations.

All the fraternities had their social events suspended.

The university also had three fraternities suspended for hazing in 2016.