Riverdale star has had death threats over her character

Actress Vanessa Morgan has revealed that she has already started receiving death threats from Riverdale fans — and she hasn’t even appeared on the show yet.

The 25-year-old Finding Carter star is playing bisexual Archie Comics character Toni Topaz on the second season of the CW drama. Although the show won’t be returning for another six weeks, fans are losing their minds over the possibility that Vanessa’s alter-ego will come between on-screen couple Betty and Jughead, better known as ‘Bughead’.

I’ve already had some death threats,’ Vanessa told Glamour. ‘But the thing is, it’s half death threats because they don’t want that [actually] happening, and there’s half that’s just all love.

Horrific: Vanessa Morgan, 25, revealed she has been receiving death threats from Riverdale fans ahead of her appearance on season two of the CW drama 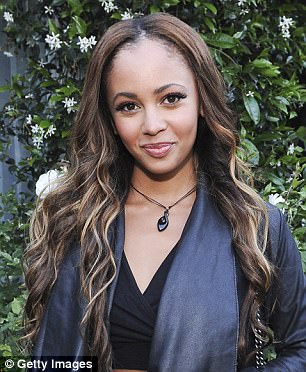 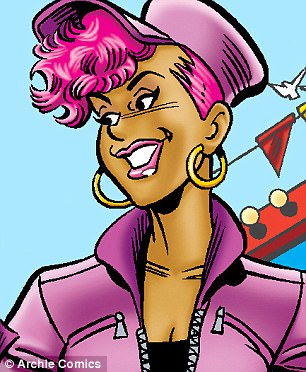 New girl on set: Vanessa will be playing Archie Comics character Toni Topaz on the series 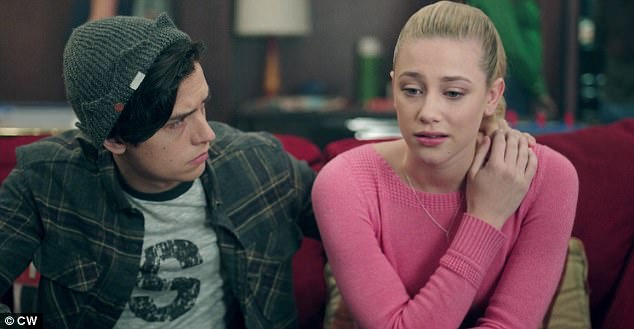 ‘Who knows if [my character coming between Bughead] is even going to happen. People are just jumping to conclusions,’ she added.

In the series, Vanessa’s character Toni is a member of the Southside Serpents, a gang of criminals who reside on the south side of Riverdale.

The show’s first season ended with Jughead having to move to the south side of town and transfer schools after his father was thrown in jail, and Toni is posed to become one of his first friends in the upcoming second season.

Riverdale executive producer Roberto Aguirre-Sacasa told Entertainment Tonight that Toni might mean ‘trouble’ for Betty and Jughead, but many fans are upset over the mere thought of a future love triangle on the show. 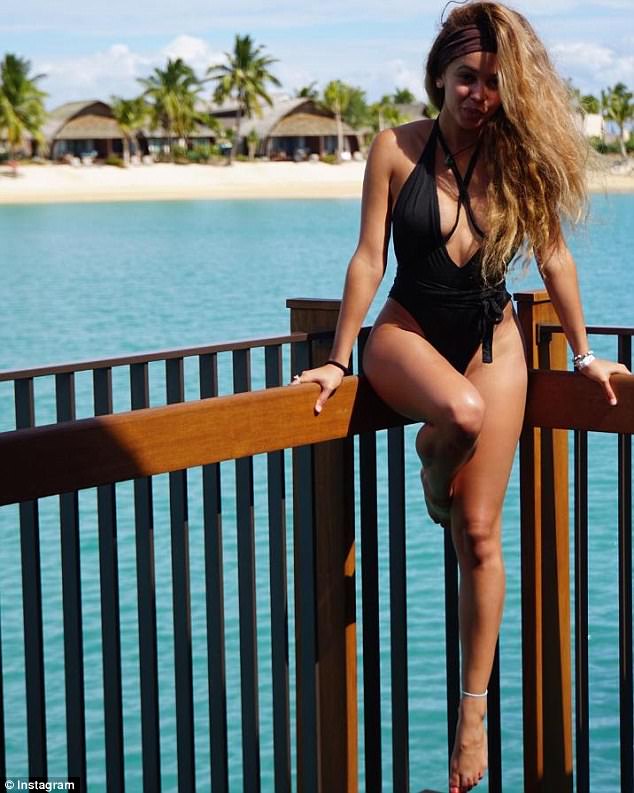 Simmer down: Vanessa’s character is bisexual, and she noted that people are just ‘jumping to conclusions’ about her story line 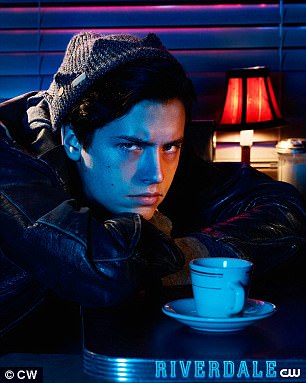 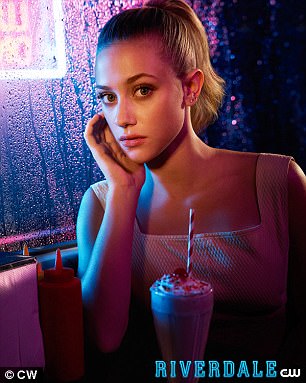 Meeting on set: Fans call Betty and Jughead ‘Bughead’ when referring to their romance, and Cole and Lili are rumored to be dating in real life

Although plenty of people congratulated her on social media, there were those who begged her to keep out of Bughead’s romance, and some even went as far as threatening her.

Numerous Riverdale fan accounts commented on her Instagram page, claiming they would ‘murder’ her if broke the fictional couple up, while another equally disturbing message came from someone threatening to ‘ruin’ her face.

Despite the online backlash, Vanessa told Glamour that Lili Reinhart and Cole Sprouse, the rumored real-life couple who plays Betty and Jughead, have made her feel right at home on the Riverdale set. 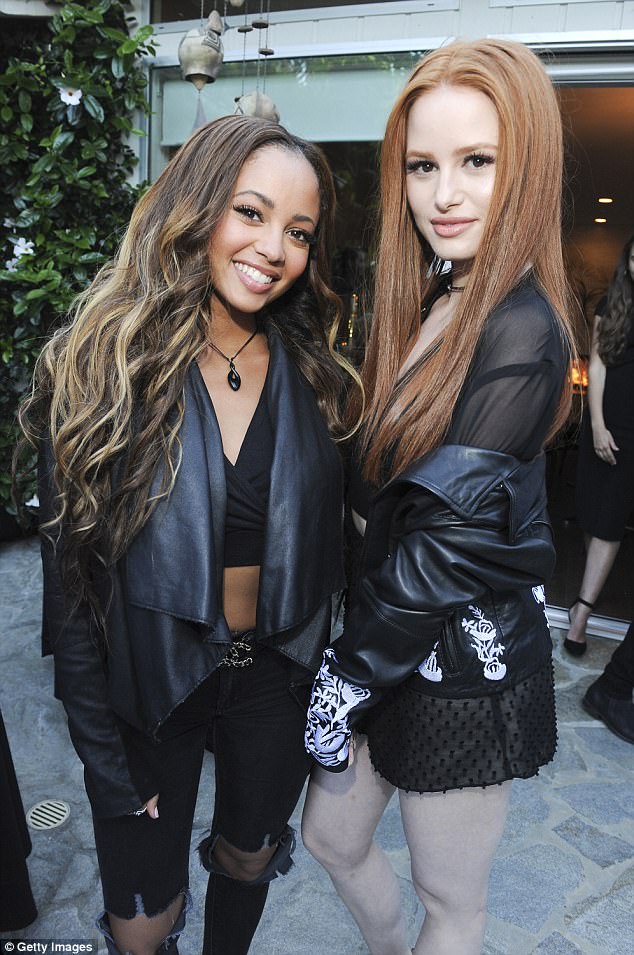 Already close as can be: Vanessa and is best friends with Madelaine Petsch (pictured), who plays Cheryl Blossom on the show 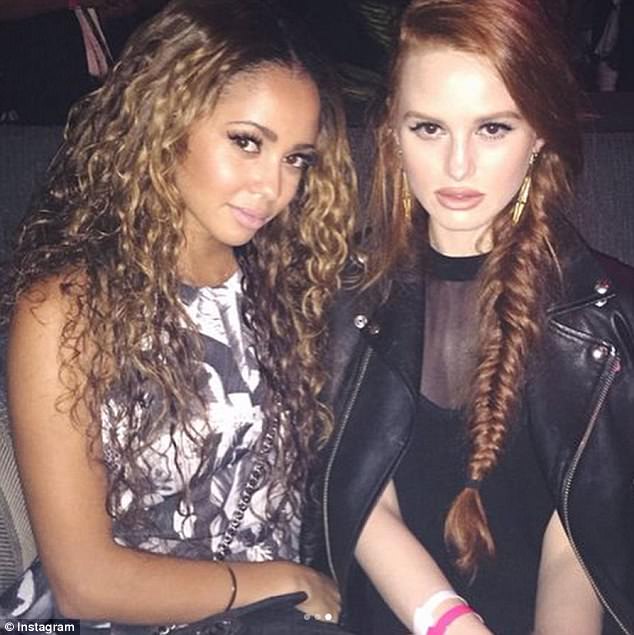 Best friends: Vanessa recently said she would love to see a romance bloom between Toni and Cheryl

‘Lili and Cole are awesome, and they have been nothing but welcoming to me. It’s great doing scenes with them,’ she said.

‘I feel lucky that everyone has been so nice. And Madelaine Petsch (Cheryl Blossom) is my best friend in real life!’

Although it’s unclear what will really happen in season two, Bughead fans may be happy to hear that Vanessa is shipping a different couple as she proudly takes on the role of the show’s first bisexual character.

Speaking with Bustle earlier this week, Vanessa said she would actually love to see a romance bloom between Toni and Cheryl.