A heartbroken Riyad Mahrez sealed a crucial victory for Manchester City by scoring the winning goal against Tottenham at Wembley and the winger dedicated his strike to the Leicester owner and his father figure Vichai Srivaddhanaprabha.

Mahrez formed a key part of the Leicester team that won the Premier League under the stewardship of Srivaddhanaprabha, who tragically died in a helicopter crash outside the club’s King Power Stadium on Saturday evening.

Manchester City returned to the top of the Premier League table through Mahrez’s sixth-minute goal but the Algerian revealed he had struggled to sleep after hearing the owner had died. 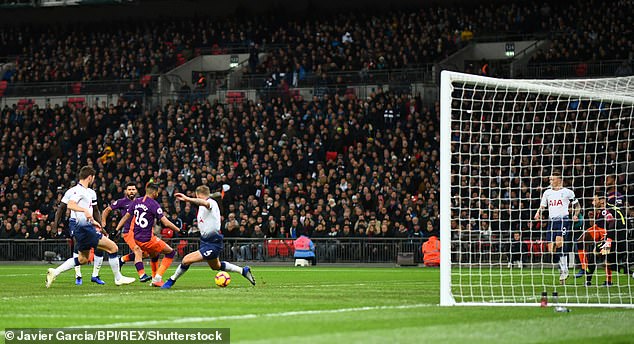 Srivaddhanaprabha was known for his particularly close bond with the Leicester squad and Mahrez pointed to the Heavens after putting City in front.

Mahrez said: ‘It has been very difficult for me. The boss was very special to me, I spent four-and-a-half years there. He was such a good person and such a good human, so I am very, very sad.

‘That is why when I scored I point my hands up to the sky to him, he was great to me and to the club. He was like a dad to me, he was a very special person. I was heartbroken and it is really tough for me to hear this.

‘I’m with Leicester and I’m with the family of the victims because it is not an easy situation. I always wanted to play because I know he would have wanted me to play, he was very passionate about football.

‘It was difficult to sleep after hearing about it – you have to try and deal with these things in life but it is very difficult.’ 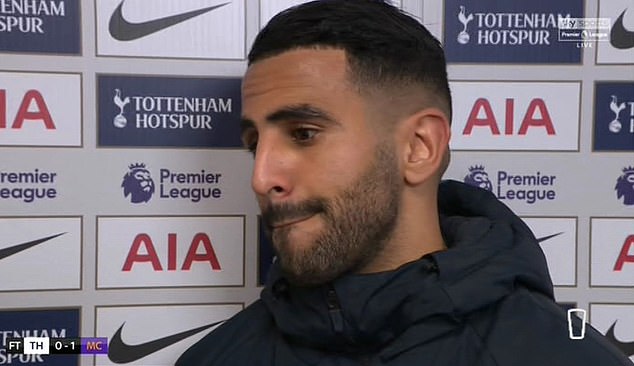 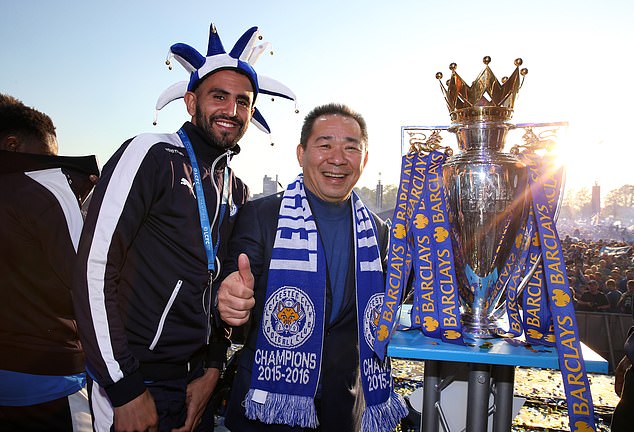 City manager Pep Guardiola paid tribute to his matchwinner: ‘Of course we spoke with him, to see how he felt. It is a big loss for Leicester and Riyad was part of it. I didn’t speak about leaving him out because I know how competitive he is and I know his personality.’

Guardiola was, however, unhappy with the state of the Wembley pitch after the game took place just one day after the NFL match between Philadelphia Eagles and the Jacksonville Jaguars. As a result, the Wembley pitch did not look up to Premier League standard. He said before the game he was ‘worried’ as to whether his players would finish the match ‘in shape.’

Afterwards, he added that Tottenham would have equalised if a bobble did not deceive Erik Lamela who struck over from close range: ‘It was not football conditions to play. For our players and the players of Tottenham, hopefully they will sort the problem for the future. If the grass is good, then Lamela scores.’

Spurs defender Toby Alderweireld added: ‘I have to be honest, the pitch wasn’t good. Both teams like to play out from the back and to play football in these circumstances, it was very difficult.’