Riyad Mahrez insisted that Manchester City will not suffer from complacency as they bid to retain the Premier League title.

City finished 12 points clear last season and have been installed as favourites ahead of starting their defence at Tottenham on Sunday.

Mahrez also claimed they have unfinished business in the Champions League after the 1-0 defeat by Chelsea in May’s final. 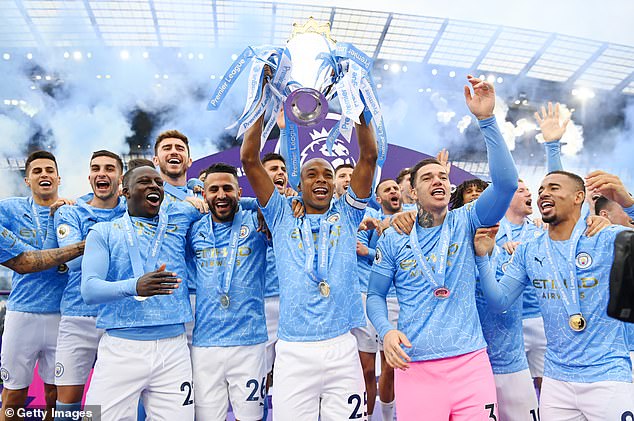 ‘That’s human nature. We are here because the club chose us – they think we have the right mentality. The manager pushes us every day, every season. He never takes it easy.

‘Every season they say it’s going to be tighter and tighter and this season it will be to be fair. This season will be tough, Chelsea are very good – Liverpool, United, Arsenal, Tottenham, Leicester too. We are ready. 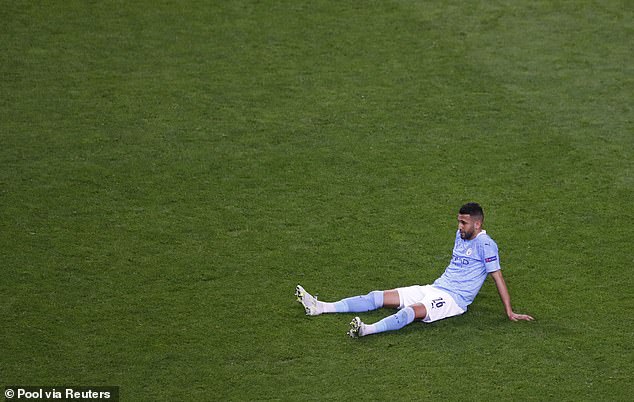 ‘We’ll take more confidence into Europe. We showed how good we are but that is no guarantee this year.

‘We deserved to win it. With the team we have and the football we were playing, we didn’t deserve to lose. I don’t think anyone spoke afterwards. Everyone was very sad. It was difficult to speak about anything.’

Meanwhile, Phil Foden confirmed he will miss the first month of the season with a foot injury sustained at the European Championship. ‘Hopefully it flies by and I can just get back out on the pitch,’ Foden said.

Riyad Mahrez was speaking ahead of the release of ‘Together’, available exclusively to City+ members from Thursday 12th August before being released globally on YouTube on the 19th.