This is the shocking moment a driver launches a tirade of abuse at a young driver and pulls their car door off.

An irate Audi driver charging up to another motorist in Victoria Avenue, Borrowash, Derbyshire.

He is seen slamming the Corsa driver’s car door during the bitter road-rage dispute, recorded at around 4.50pm on Monday, September 17.

A man is seen abruptly swearing around the Corsa and blocking it in by stopping directly in front of it.

He immediately steps out of his car and goes up to the young driver who swings their door open.

He leans in and intimidates the driver before slamming his door repeatedly and storming off.

Traffic on the road was forced to a halt as the pair began to argue.

The row is thought to have broken out after the Corsa driver let a woman out of the Co-op Food car park, in the same street as the incident. 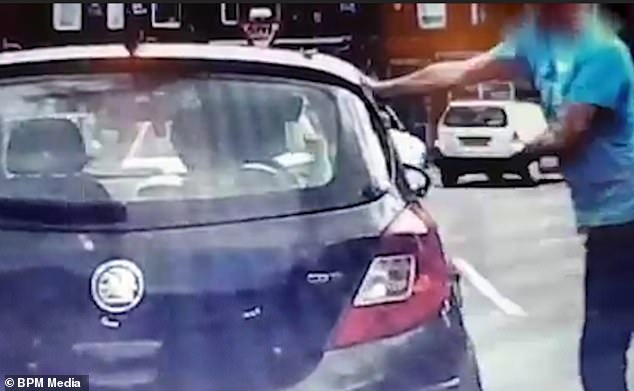 After breaking the door, the man storms off back to his own car on Monday afternoon

One person wrote: ‘The man driving the Audi had a problem with the young lad because he stopped to let a woman out of the Co-op car park!’

Derbyshire police said they are aware of the video and have received a report over the incident. 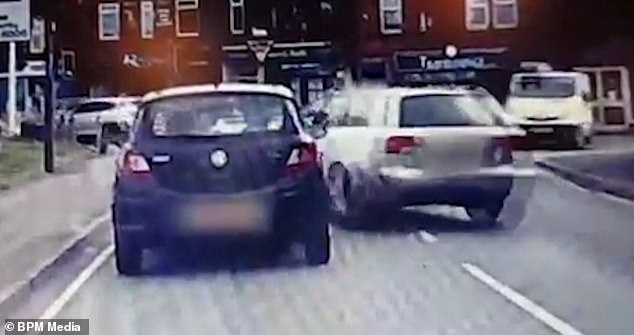 He quickly blocked the Corsa in on the road in Borrowash, Derby to yell at the driver