A road rage incident nearly turned deadly when an impatient driver launched his car towards a couple after allegedly threatening to kill them.

Benko Matautia was at the traffic lights turning into Campbellfield Plaza in Melbourne on Thursday night when a motorist behind him became agitated.

‘He kept beeping his horn all the way through so I stopped and he hit me from the back,’ he told 9News.

Mr Matautia got out of his car in the parking lot and grabbed the Mazda driver by the neck through the window. 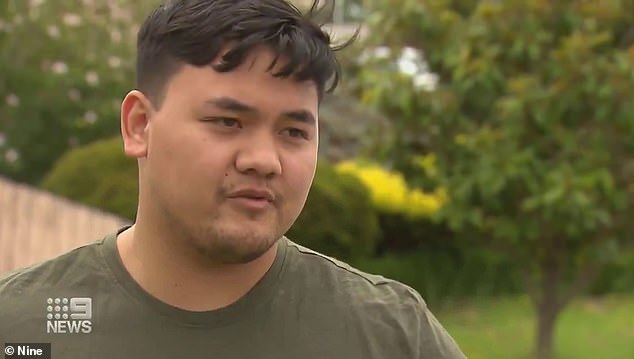 The driver then reversed at speed across the car park before driving forward and ramming into Mr Matautia’s parked Suzuki.

The Mazda narrowly missed Mr Matautia and his 25-year-old girlfriend, who ran out of the way.

‘He said he’s going to run me over and kill me with his car. He was just angry to be honest. I don’t know what his problem was,’ Mr Matautia said.

‘I didn’t expect him to go forwards, but [he went] full steam ahead aiming at the two people,’ Mr Testa said.

Other witnesses said the same car was driving erratically along Marnie’s Road after it left the car park. 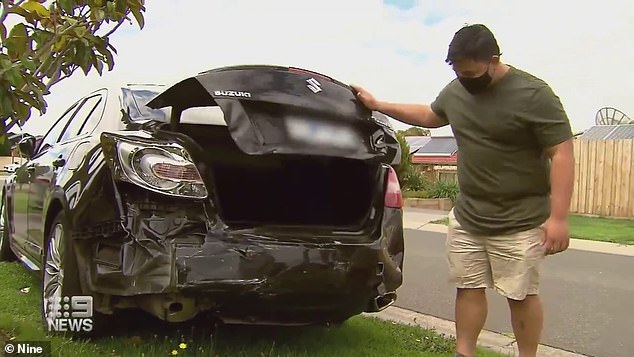