Over 50 fire fighters are currently attempting to control a wild blaze at a pasta factory.

The building, on Fillo Drive, Somerton, Melbourne, has been alight for over an hour. The Metropolitan Fire Brigade have been on the scene, but say the blaze is not yet under control.

Video captured shows a substantial amount of smoke still billowing from the building, sending fog and dust across the entire area. 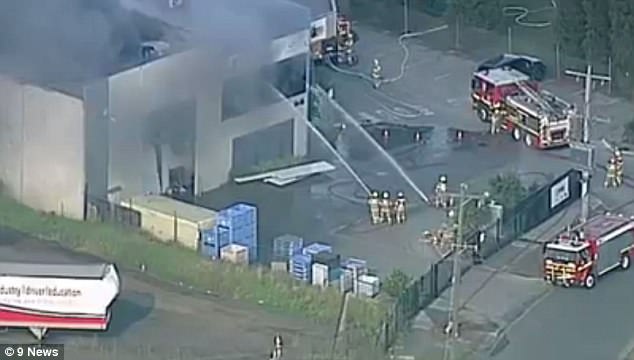 Fire fighters are currently working to put out the blaze in Fillo Street, Melbourne (pictured) 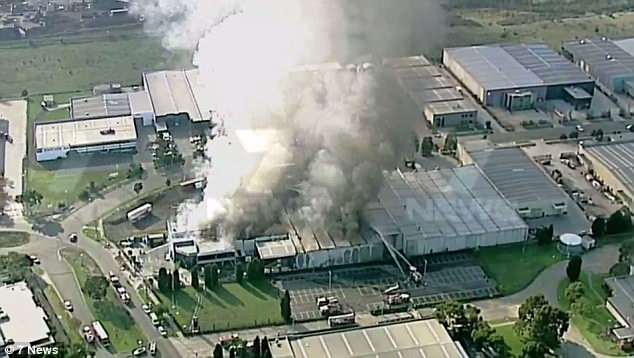 The building has been alight for over an hour, with over 50 fire fighters on the scene (pictured)

Fillo Drive and all surrounding roads are currently closed and will be until further notice.

Nine News reports all people have been evacuated.

Vic emergency have released a statement of incident and warning, deterring people from approaching the area, but asking them to keep an eye out for the next update.

The update is set to arrive at 3:20pm June 2nd, unless a significant change in the situation occurs beforehand.

‘There is currently no threat to the community, but you should continue to stay informed and monitor conditions. Significant smoke in the area.’

Traffic in the area will be effected as emergency services continue to arrive at the scene, and work toward getting it under control. 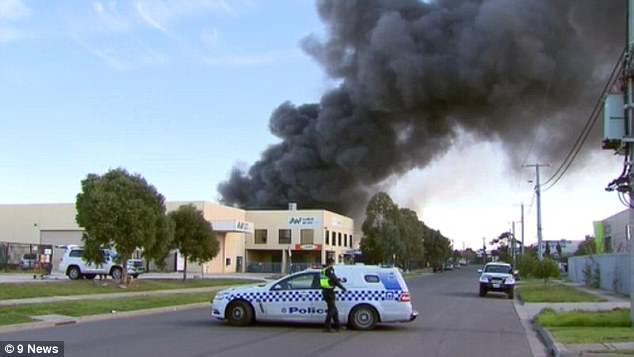 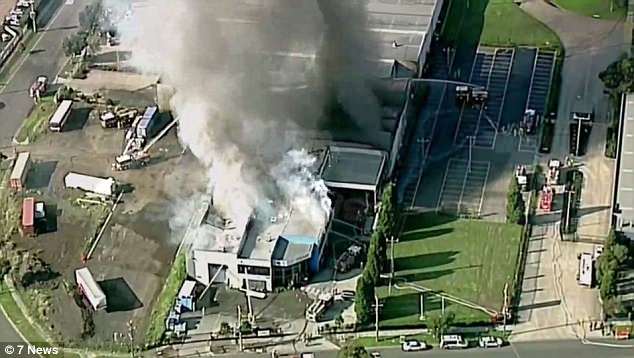 Thick smoke is still billowing from the building (pictured), over an hour after it first caught alight