Following New England’s 41-33 loss to the Eagles in last month’s Super Bowl, the University of Arizona product seemed anything but sure he was coming back

New England Patriots tight end Rob Gronkowski has not said definitively whether or not he’ll return for the 2018 season, and the longer he waits, the more likely it is that he could get traded.

As Boston Sports Journal’s Greg Bedard wrote, Patriots coach Bill Belichick doesn’t need much prompting to cut ties with a star player. He just needs to get comfortable with the idea.

‘A Bill Belichick-friendly source agreed with my thinking that once a player makes Belichick start to contemplate life without him, Belichick starts to warm to being without that player,’ Bedard described, per The Big Lead.

‘He imagines you gone,’ the source said to Bedard. ‘The longer Gronkowski goes without saying he’s all in, the chances of him being traded increases.’

The 28-year-old Gronkowski has yet to publicly commit to playing another year with the Patriots, and following the team’s 41-33 upset loss to the Philadelphia Eagles in last month’s Super Bowl, the University of Arizona product seemed anything but sure he was coming back.

‘I’ll sit down in the next couple of weeks and see where I’m at,’ said the five-time Pro Bowler. 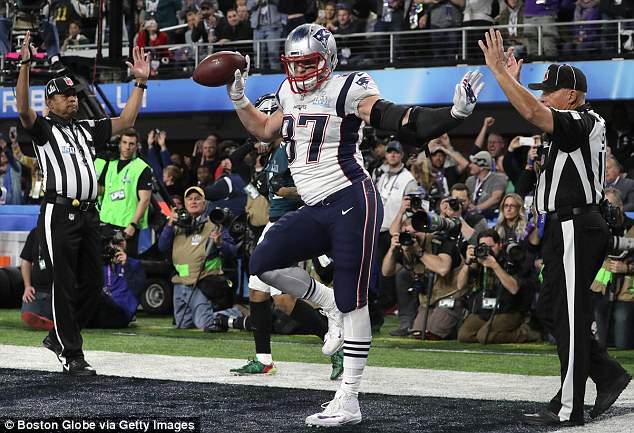 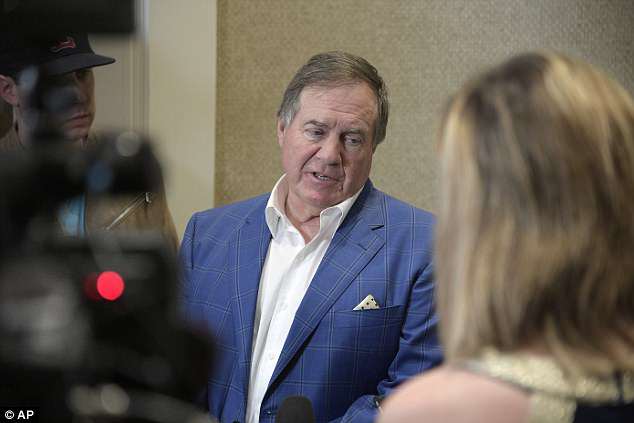 New England Patriots head football coach Bill Belichick, center, answers a question from a reporter at the coaches breakfast during the NFL owners meetings. The five-time Super Bowl-winning head coach could be open to trading Gronkowski if he doesn’t commit for 2018

Since then, it has been reported that Gronkowski even considered an early retirement before the season, back at the team’s 2017 summer mini camp.

‘He didn’t enjoy himself in 2017,’ NBC Sports Boston’s Tom E. Curran said in late February, via NESN.com. ‘[Gronkowski] did not have a good time despite the fact his body was in a better situation than it’s been in a long time — ever maybe. Despite the fact that he’s one of the most dominant players at any skill position, it’s starting to wear on him physically, mentally, the atmosphere in New England.’

Retirement would be a good way for the former second-round pick to avoid debilitating injuries later in life. 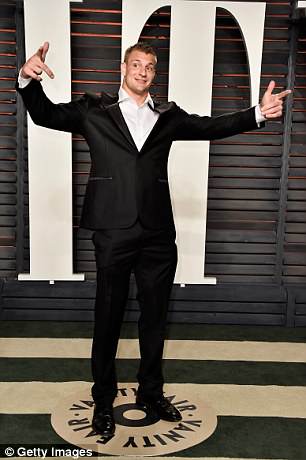 Gronkowski played in the Super Bowl after suffering a concussion during the AFC Championship win over the Jacksonville Jaguars. And while he is not believed to have exhibited any signs of chronic traumatic encephalopathy (CTE) – the disease linked to head collisions, which causes dementia, aggression and suicidal thoughts – it’s reasonable to believe he is at risk.

After all, Gronkowski was drafted the same year and played the same position as former teammate Aaron Hernandez, who committed suicide in 2017 after being convicted of murder. Hernandez was later posthumously diagnosed with one of the worst cases of CTE that researchers at Boston University had ever seen.

And then there is Gronkowski’s burgeoning acting and comedy careers, which have been increasingly consuming his spare time.

Should the Patriots look to trade Gronkowski, the San Francisco 49ers would be a natural destination, given the team’s salary cap space and his familiarity with former New England Patriots backup quarterback Jimmy Garoppolo, who was traded to the Niners during the season.

Per his usual, Belichick is not divulging much information. 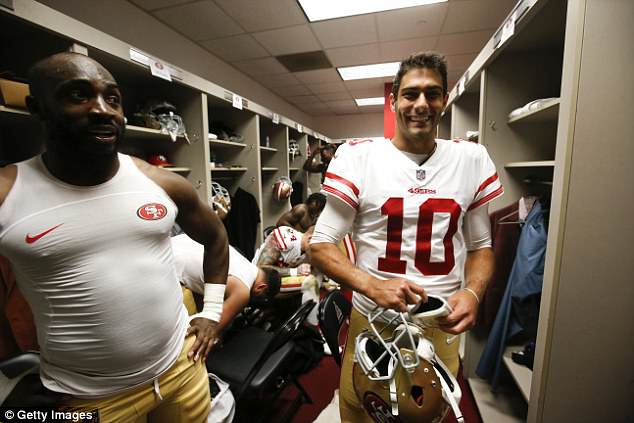 Should the Patriots look to trade Gronkowski, the San Francisco 49ers would be a natural destination, given the team’s salary cap space and his familiarity with former New England Patriots backup quarterback Jimmy Garoppolo (right)