The Dutchman is preparing to watch Tuesday night’s Champions League clash with this season’s ‘team to beat’ Paris Saint-Germain from the stands of the Allianz Arena.

Robben has been absent from Jupp Heynckes’ side since November’s 2-1 victory at Anderlecht with a calf strain. His absence has left him with much time to reflect on his time in the Bundesliga, and ahead of an almost dead rubber, Robben did just that.

Speaking to UEFA, first of his short spell at Real, Robben said: ‘We went through a very difficult period at that time and we did not get very far in the Champions League, so I do not have very good memories of that stage.’

After making just 45 La Liga appearances for the Spanish giants in his two seasons following his move from Chelsea, Robben was shipped off to the Bundesliga.

When the Dutchman arrived in Germany, Bayern hadn’t won the Champions League since 2001, and hadn’t reached the final in that time either. 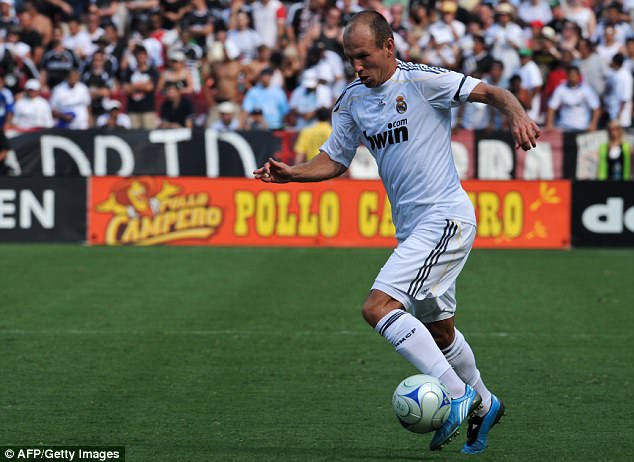 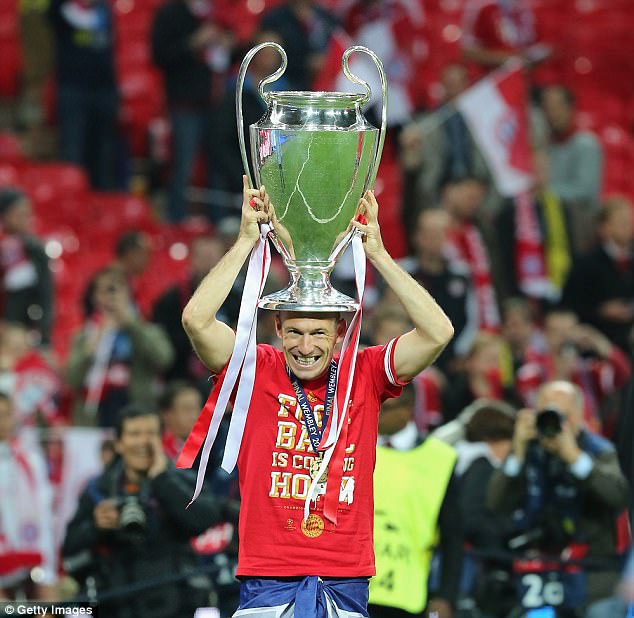 The 33-year-old admitted the move felt like a step backwards but has since gone on to win numerous honours with the German side, including their first Champions League since 2001

1 Bundesliga Player of the Year

‘It felt like a step backwards at the time,’ he added. ‘Bayern had no international success in the years before I joined and my goal was actually to play at the best possible level, which would have meant winning the Champions League.

‘It was a tough decision. Real Madrid was one of the biggest teams in the world. There was no way to return.’

The 33-year-old helped Bayern two European finals, the first coming in his debut season where they were beaten by Inter, before losing to his former employers Chelsea two years later.

Eight years on, and Robben is now a folk hero at the Allianz Arena, having helped Bayern to six league titles in his eight seasons, as well as a UEFA Super Cup and Club World Cup. It would seem, his ‘gamble’ paid off.

‘It (moving to Bayern) went well; my wish was to work with Louis van Gaal. That was the best time of my career.’ 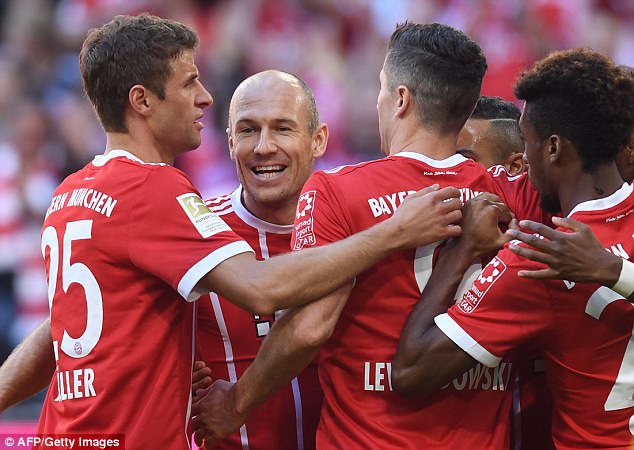 In his eight-year spell in Germany, Robben has won six league titles with the Bundesliga giants