Robber armed with rope, pliers and a knife broke into a woman’s home before bashing and raping her

A man who broke into a woman’s home, then bashed and raped her while her young child was in the house has been jailed for at least 15 years.

Jason Scott Illman was armed with a rope, pliers and a knife when he attacked the woman in March.

The 45-year-old pleaded guilty to three offences, including aggravated sexual penetration without consent during a burglary.

He had been using alcohol and drugs in the days leading up to the crimes against the woman, the West Australian District Court heard on Tuesday. 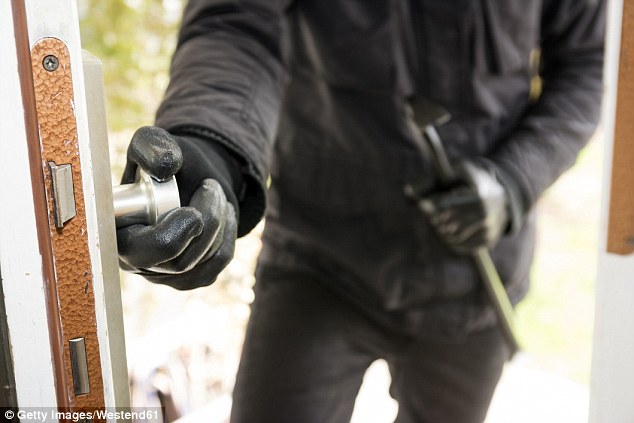 A man has been jailed after he broke into a woman’s home, then bashed and raped her while her young child was in the house (stock image)

He turned off the power and woke the woman, who he previously had a sexual relationship with, punching and strangling her, which then woke her child who started to cry.

Illman then took a cloth soaked in a chemical and covered the woman’s nose and mouth so she could not breathe, then dragged her into the lounge room.

He held two knives against her throat, tied her hands together with rope and wrapped it around her neck and also placed pliers on her teeth.

‘All of this you did while she was pleading with you to stop,’ Judge Felicity Davis said.

In an attempt to end the attack, the woman suggested they have a beer but he smashed the bottle over her head.

Illman then turned the power back on and told the woman she and her child could leave if she had sex with him.

Judge Davis said the attack was ‘really shocking’ and the woman ‘really thought she was going to die’.

The woman has had surgery to repair a tongue injury but she is struggling with residual problems. 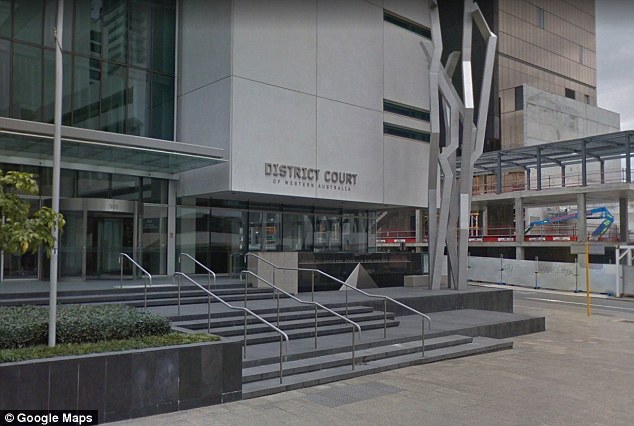 Jason Scott Illman, 45, was jailed for a mandatory 15 years in the West Australian District Court (pictured)

‘It’s fair to say she has been extremely anxious since this incident,’ Judge Davis said.

But the judge also noted Illman had not attempted to minimise his actions or blame the victim.

‘You’ve also expressed remorse and shame at your offending.’

Judge Davis also commented that her discretion in sentencing Illman had been removed by state parliament.

‘I’m going to say quite openly, Mr Illman, that I’m extremely troubled by the mandatory minimum term which applies,’ she said.

‘My hands are tied because of the provisions of the Criminal Code, which impose a minimum period of 15 years for an aggravated sexual penetration committed in the course of a home burglary.’

Illman must serve at least 13 years behind bars before he can be eligible for parole.