A knife-wielding robber burst into a shop on a bike and threatened staff to empty the till before strolling past unsuspecting customers.

CCTV shows the raider, disguised in a blue hood, pedal into the shop before resting the mountain bike against the automatic door to keep it open in Corby, Northamptonshire.

He then produced two large blades before barging through the security door and demanding cash from the till from the One Stop convenience shop on Studfall Avenue.

The robber props his mountain bike against the automatic door sensors at the One Stop shop on Studfall Avenue Corby, Northamptonshire 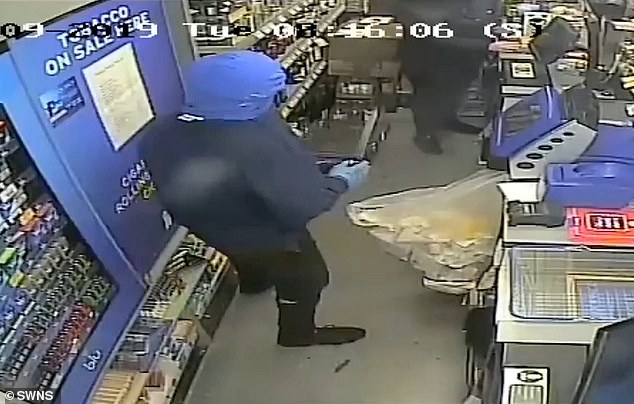 The panicked shop worker quickly opened the till while a customer stood on the other side of the counter.

The thug then cleared the till of notes and even checked beneath to see if there was more cash.

He then returned to pick up his bike armed with the knives and cash while an unsuspecting customer with a walking stick brushed past him. 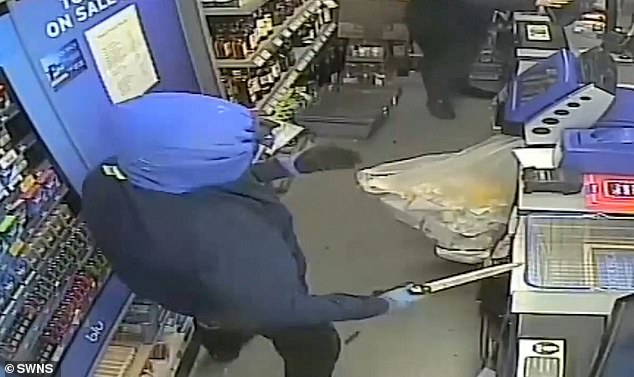 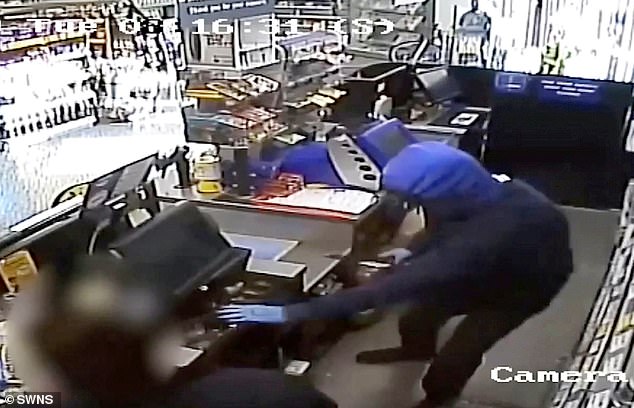 He makes a grab for the notes in the till, wearing blue gloves, as the shop worker stands to one side 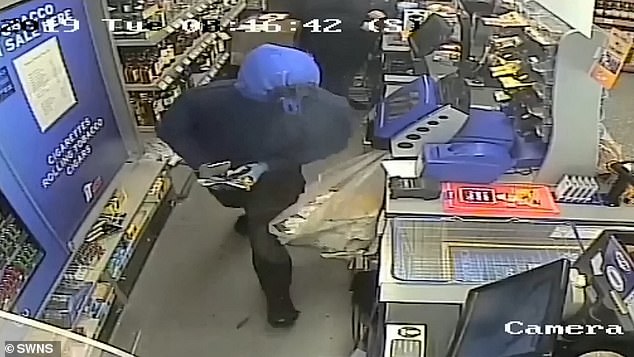 The man mounted his bike and pedalled away after picking up some notes he had dropped outside the shop.

A Northamptonshire Police spokesperson said: ‘The incident happened on Tuesday, September 17, at about 8.15am, when a man entered the One Stop armed with two knives.

‘Once inside, he threatened staff members with the knives before stealing cash from the till and making off on a bicycle.’ 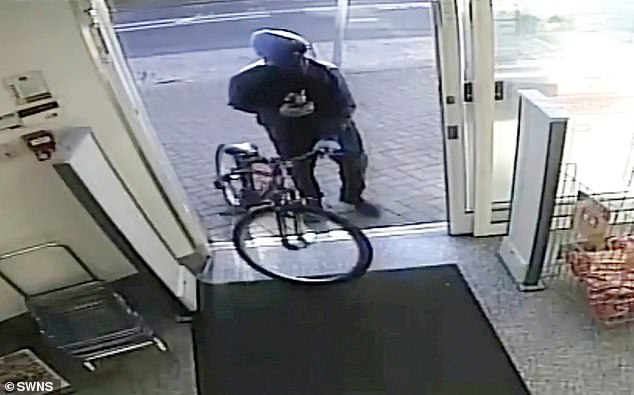