Gravity got the best of a hapless would-be robber fleeing the scene of a crime, but he did not let a two-story fall hinder his escape.

The New York Police Department on Thursday released surveillance video showing a quartet of suspects – two of them wearing surgical masks – walking down a hallway at Hotel Ninety Five in Queens.

According to the police department, at around 6.20pm on February 24, the four perpetrators entered the hotel on 95th Street in Queens, knocked on a suite door and attempted to rob a 20-year-old guest.

The NYPD is searching for these four men suspected of making an unsuccessful attempt to rob a 20-year-old guest at a hotel in Queens, New York last month 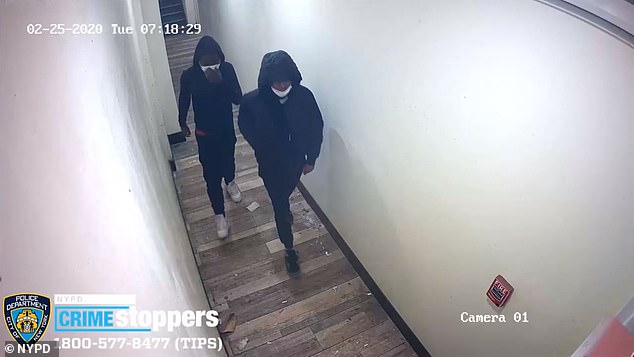 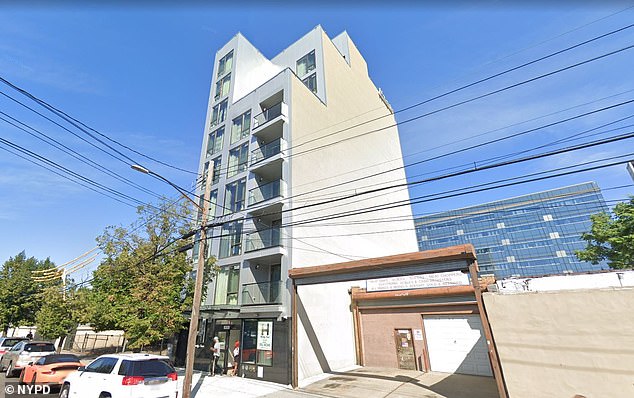 The botched robbery took place at Hotel Ninety Five on 95th Street in Queens at around 6.20pm on February 24

The man was able to thwart the intruders’ efforts to enter his room, prompting them to beat a hasty retreat.

Three of the suspects exited through the front door, but the fourth for some reason decided to either descend, or jump out a second-floor window.

Video released as part of the investigation shows a man in a white sweatshirt and pants plummeting to the sidewalk outside the hotel and landing squarely on his face. 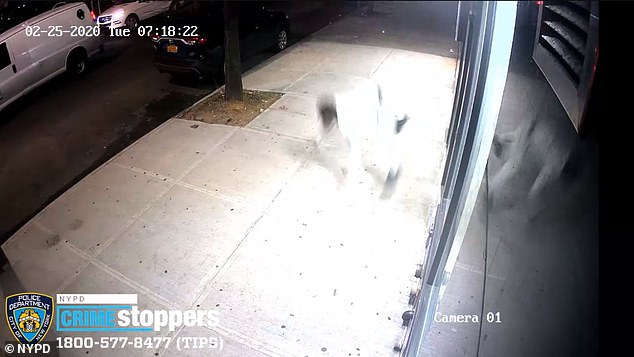 Three of the suspects lest the hotel through the front door, but the fourth for some reason decided to jump out a second-floor window 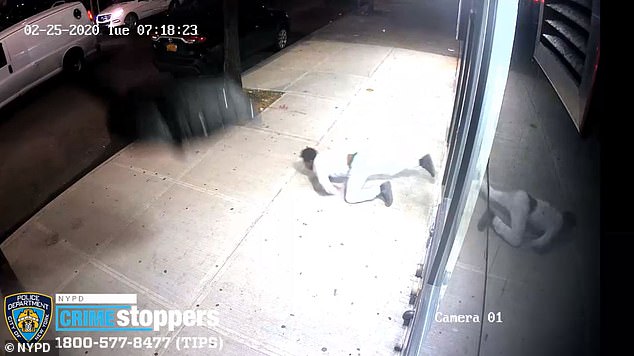 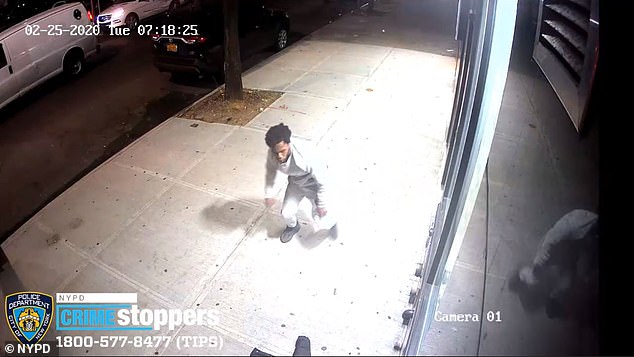 The map gets back on his feet, picks up his jackets and calmly walks away

Seemingly unfazed by the hard landing, the escapee springs back up and follows his cohorts to a white Mercedes-Benz, which whisks them all away.

Anyone with information about the four suspects seen in the video is asked to call the NYPD’s Crime Stoppers Hotline at 1-800-577-TIPS (8477).