‘I didn’t get a COVID stimulus check’: Robber slips note to bank teller explaining he didn’t get any coronavirus aid and threatens to start shooting if she doesn’t hand over the money

A masked bank man claiming he never got his coronavirus stimulus check and lost his business during the pandemic in a note slipped to a Texas bank teller got away with an undisclosed amount of cash, said police.

The man is wanted for the robbery of the Woodforest National Bank at 9700 Hillcroft Avenue in Houston on July 8, said local police, who’ve asked for the public’s help in finding the suspect.

He entered the bank that morning wearing a black bandana across his face and said he was looking to make a withdrawal when he slipped a note to one of the bank tellers.

Cops in Houston, Texas, released images of a masked man who is wanted for the robbery of the Woodforest National Bank at 9700 Hillcroft Avenue in Houston on July 8, said local police. The suspect is pictured in one of several images released by cops 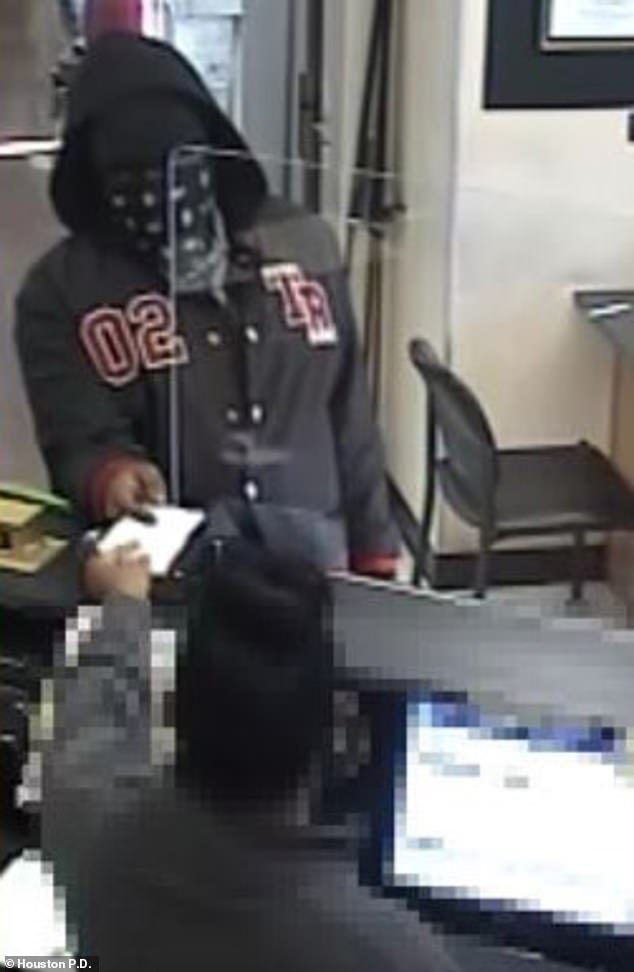 In another image released by authorities, the suspect is pictured  wearing a black bandana across his face and and slipping a note announcing the robbery to one of the bank tellers

‘I didn’t get a stimulus or that 10k loan,’ read the note, according to one of several images tweeted by police Thursday of the robbery which happened just around 9am.

‘I lost my business to Covid so please make this easy and comply. I don’t wanna hurt nobody but will if I have to,’ the robber said in the note.

He warned, ‘any suspicious moves and I will start shooting so please go get my money. Don’t make anything noticeable.’

The suspect then turned and left with an undisclosed amount of cash, according to investigators from the Houston robbery unit.

No weapons were shown and the suspect was believed to have gotten away on foot, robbery investigators said.

The suspect was described as a being in his 30s and standing about 6 feet tall. 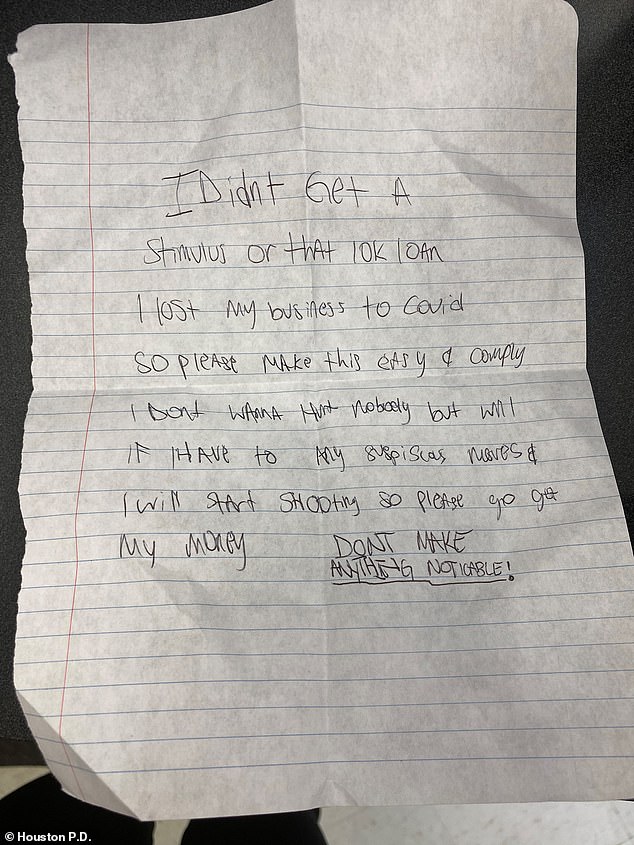 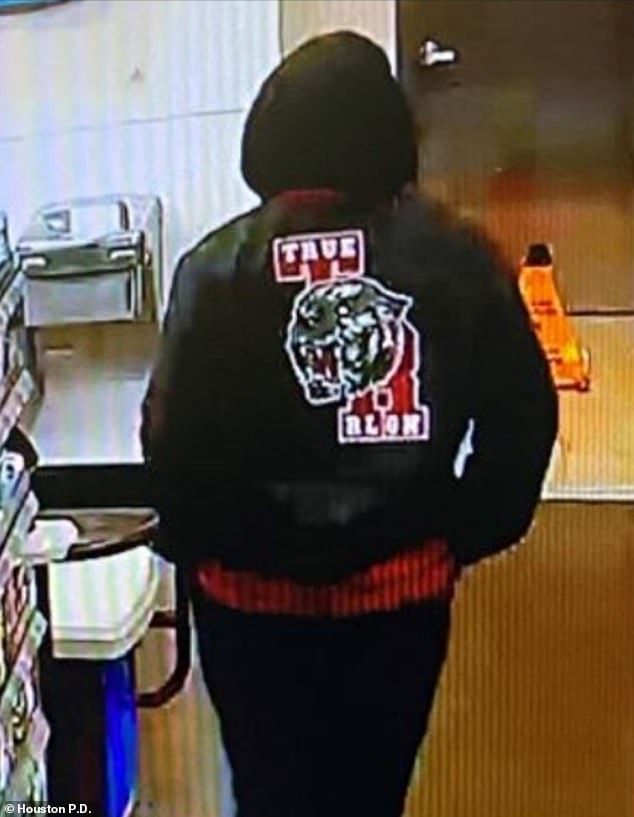 In the images released by cops he was wearing a black hooded sweatshirt underneath a True Religion varsity letter jacket.

The jacket, similar to ones worn by high school and college students had the number 02 and letters TR in red sewn on the front and back. A large wild cat patch is also sewn on the jacket’s back.

Houston cops had no additional information to release about the bank heist, when  DailyMail.com reached out. The FBI is also investigating.

Anyone with information is asked to contact Houston police at their Crime Stoppers hotline, 713-222-8477. Callers may be eligible for a $5,000 reward if the information helps locate and convict the suspect.