This is the terrifying moment a robber in a hi-visibility jacket threatened a pregnant shop worker with a six-inch knife.

The man entered a family-run petrol station in a rural part of Norfolk before brandishing the blade and demanding cash.

CCTV showed him barging his way behind the counter and forcing pregnant shop worker Natalie Simmons, 24, to open the till for him.

The thief, who was wearing a hood over his head, then made off with less than £100 in cash. 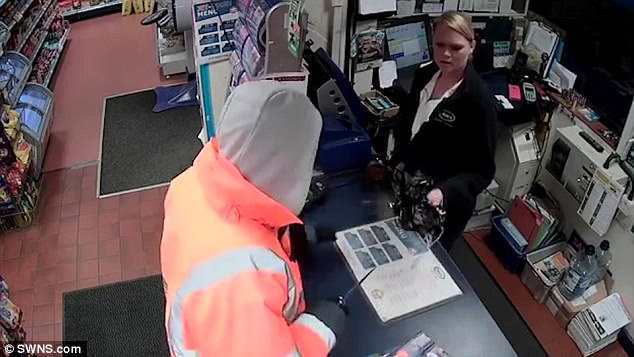 Sarah Nicholson, managing director of Nicholsons Garage in Stalham, Norfolk, said: ‘It’s such a horrible incident and should never have happened.

‘Fortunately we don’t keep much money in the till, because it’s just good practice not to hold to too much cash.

Police are yet to make any arrests in connection with the incident, which happened at around 8.45pm.

But they are appealing for witness or anyone with information to come forward. 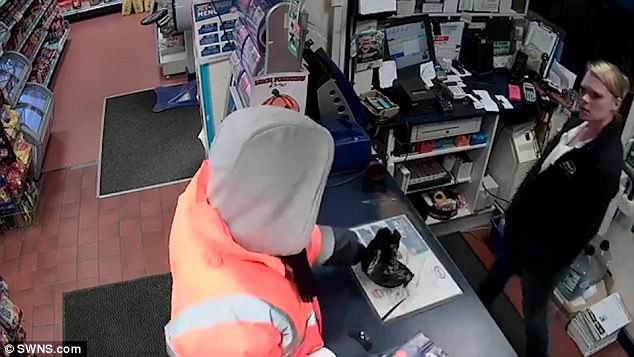 Ms Simmons, who is five months pregnant, was forced to open the till by the thief 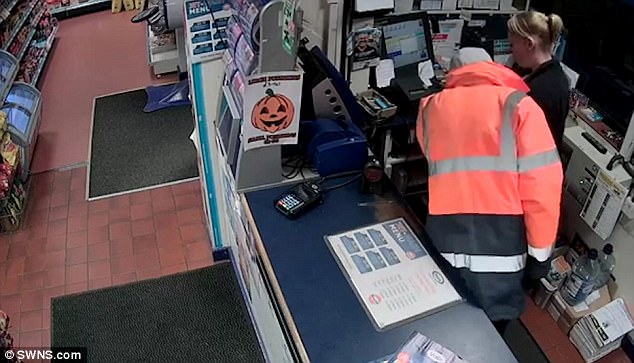 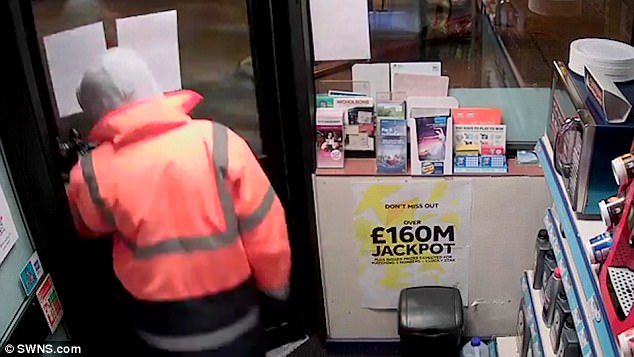 The thief then left the store following the incident that happened around 8.45pm on Friday

Police said the petrol station robber is described as being in his 20s and around 5ft 8in tall.

He was wearing a black scarf across his face, a grey hooded top, a half orange reflective jacket, with a navy bottom half, and navy trousers with cream boots.

Another man standing outside the petrol station was wearing a dark T-shirt and light jeans.

Anyone with information should contact police on 101 or call Crimestoppers anonymously on 0800 555 111.