Police in Hong Kong have launched a manhunt after two suspects snatched more than £470,000 worth of jewellery from a shopping mall.

CCTV footage shows one masked man smashing open a glass cabinet while the other, also masked, threatened screaming shoppers and staff with a knife.

The pair fled the scene after a 30-second heist at around 7:15pm on Wednesday. 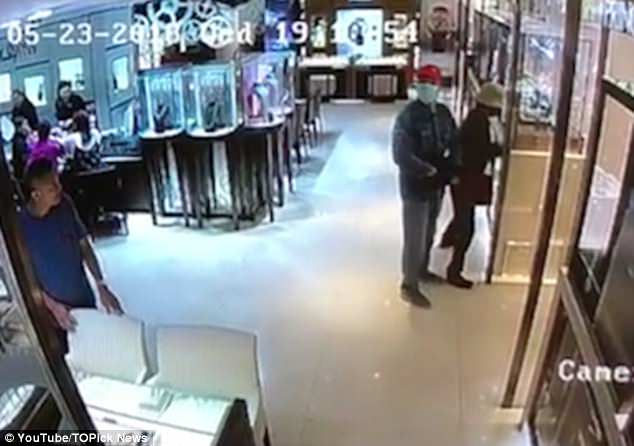 The incident occurred at the Prince Jewellery shop in the Harbour City shopping mall in Kowloon, according to police.

Two men, both wearing masks and caps, were seen walking towards a jewellery display cabinet near the shop entrance while other staff were serving customers at the counter, CCTV footage showed.

Senior inspector Chan Ka-ying of crime squad Yau Tsim district spoke in a press conference that they received reports from members of public witnessing a robbery at Harbour City mall in Kowloon.

Two men, both wearing masks and caps, were seen walking towards a jewellery display cabinet near the shop entrance while other staff were serving customers at the counter, CCTV footage showed.

One of the robbers can be seen flashing a sharp object towards the staff and customers while the other man looting the jewelleries into a bag.

The items included two diamond rings, two diamond necklaces, one diamond bracelet and one loose diamond, at an estimated worth of HKD$5 million (£478k). 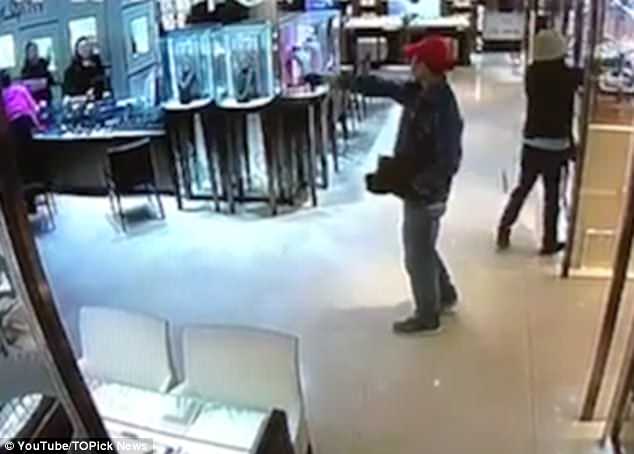 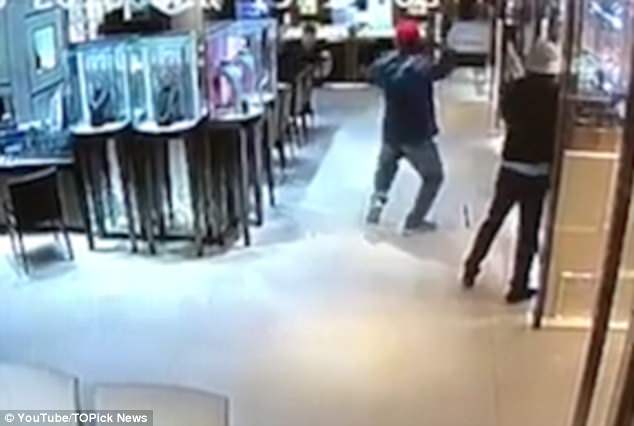 As he shouts in the shop, his accomplice quickly snaps six diamond accessories into a bag 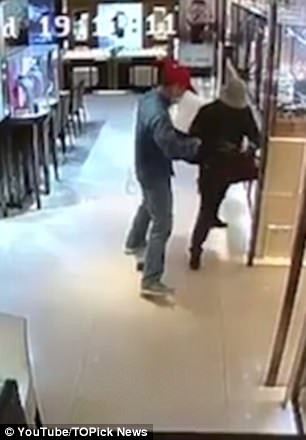 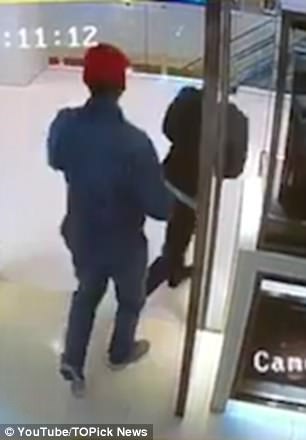 The stolen items, which included one loose diamond, are estimated at a worth of £470k. The pair walk out the shop after a 30-second heist and still on-the-run.

A passing-by shopper told Apple Daily that she heard people screaming in the jewellery shop at the third floor in the shopping mall.

The pair fled the scene and walked out the mall via an escalator outside the shop.

There were no injuries reported during the heist.

It remained unclear of the robbers’ nationality, but one of them shouted ‘do not move’ in Cantonese, said Inspector Chan.

Police has launched a manhunt and appealed to the public who have seen any suspicious persons passing through the area to provide more information.

The Prince Jewellery shop continued the business as usual the next day as staff returned in the morning to clean up the shop.

The affected display cabinet remained emptied after the incident.