Robert De Niro isn’t ready to face his father’s ‘demons’ and has refrained from reading the Robert De Niro Sr.’s  intimate journals as art historians write a book about the artist.

The personal and raw details of De Niro Sr.’s life were kept hidden inside a series of journals spanning ten years from 1963.

Written around two decades after De Niro’s birth, his father’s journals reveal his father’s struggles with his finances, mental health, gaining recognition as an artist and his homosexuality.

De Niro told The Observer: ‘I’m anxious to read them. I’ll read them when it feels right … but at the moment that’s how I’m dealing with it.’

Which is why De Niro has allowed art historians writing a book titled, ‘Robert De Niro, Sr: Paintings, Drawings and Writings: 1942-1993,’ to reference them.

De Niro has only read excerpts of the books, but the one’s he did left him remorseful.

De Niro Sr. grapples with his sexuality throughout the journals, writing in one excerpt: ‘If God doesn’t want me to be homosexual (about which I have so much guilt), he will find a woman whom I will love and who will love me. But I really don’t want my homosexuality to be cured.’

He also wrote of praying, ‘until I am cured of my mental and emotional sickness.’

Growing up, De Niro didn’t know his father struggled with his sexuality until his mother mentioned it.

‘I wasn’t aware of that … My mother told me once later, when I was a young adult, sort of inferred. I sort of understood,’ he said. 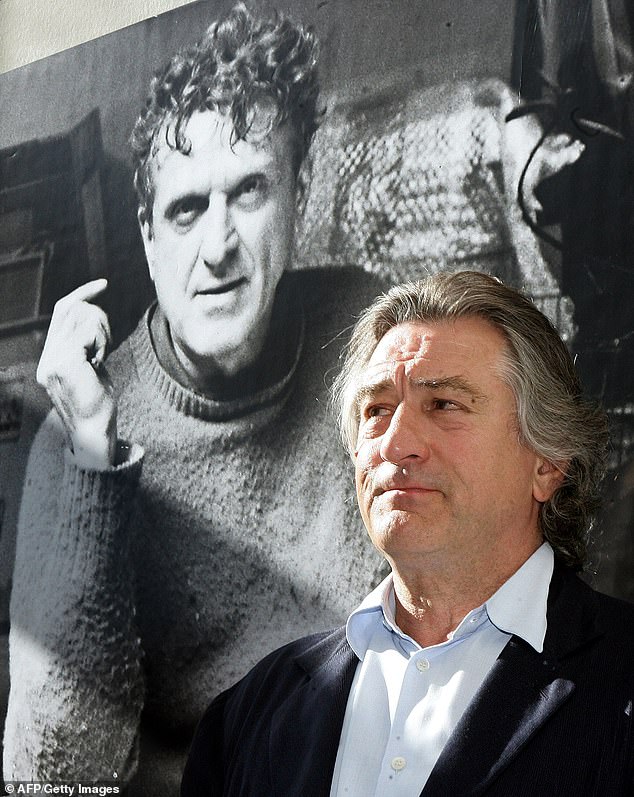 De Niro Sr. seemingly works through his mental health as well, saying he is afraid of his thoughts.

‘I am full of fear … of the discomfort caused by my own thoughts, feelings, sensations and impulses,’ he wrote.

‘There is so much I have left out of this journal … My laments, wailings, self-pity and complaining are much greater than I have [indicated] here.’

De Niro told The Observer those are the passages among the more difficult to confront.

His father reportedly did not share his worries with his son, and if he did it was in ‘vague ways.’

Born in Syracuse, New York, De Niro Sr. was raised in an Irish-Italian family where it was discovered he was a child prodigy. 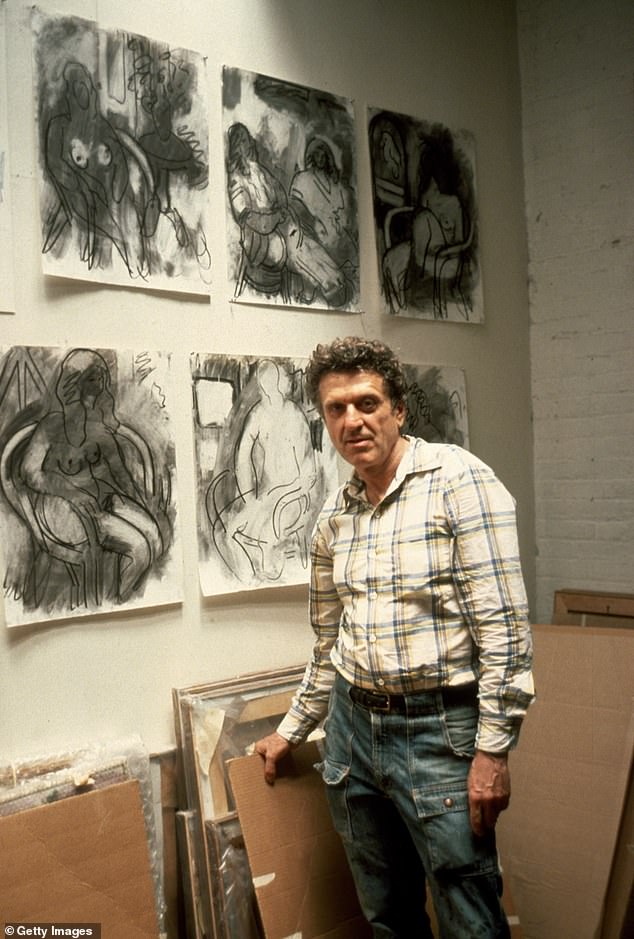 A child prodigy and prolific painter, Robert De Niro Sr. (pictured) had his first solo art exhibition at the age of 23

He continued to excel, becoming a leading figure in the New York art scene in the 1940s and 1950s. 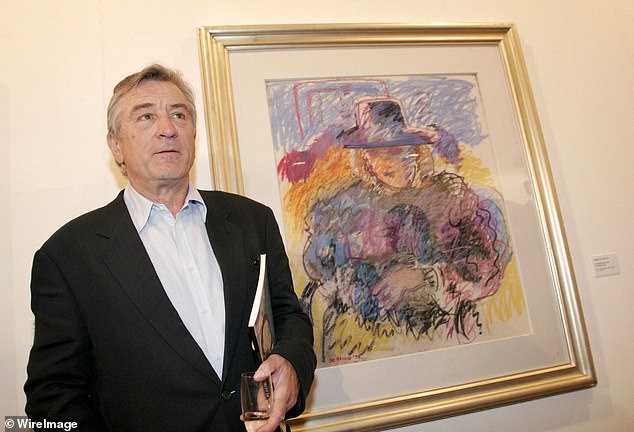 De Niro (pictured) with one of his father’s art pieces at am exhibition showcasing De Niro Sr.’s work

De Niro Sr.’s work was obtained by galleries like the Metropolitan Museum of Art and Whitney Museum of American Art, but even so he lived ‘a classic artist’s life in a studio that was a mess’, according to his son.

As De Niro’s career took off in the 1970’s, the two men supported each other in their crafts.

In his journal, De Niro Sr. talks about his son getting movie offers and says ‘My little baby-doll has grown up.’

‘He is tanned from a sunlamp – for his new movie part – and looks much better than when he returned from Italy two weeks ago.’

‘I wanted to run my fingers through his hair and to kiss him, but I hardly think that he would have appreciated it.’

The book is scheduled to be published by Rizzoli in October.