Robert Irwin revealed that he had a ‘massive’ accident on his mountain bike on Saturday.

The 16-year-old Wildlife Warrior shared a photo of himself on Instagram from hospital with his arm in a sling, cuts all over his face and blood over his Australia Zoo uniform.

Robert said that he crashed the bike and separated his shoulder, before being inundated with well wishes from both fans and celebrities.

Get well soon! Robert Irwin (pictured) shared a shocking selfie to Instagram on Saturday with his arm in a sling, cuts over his face and his Australia Zoo uniform covered in blood as he revealed he had a ‘massive’ mountain bike accident

‘Wisdom teeth healed just in time for a massive crash on my mountain bike that resulted in a separated shoulder!’ Robert captioned the shocking image.

Despite his obvious injuries, the little brother of Bindi Irwin, 21, appeared to be in good spirits, sporting a beaming smile in the selfie.

Robert was dressed in his Australia Zoo khaki uniform, which was speckled with droplets of blood. 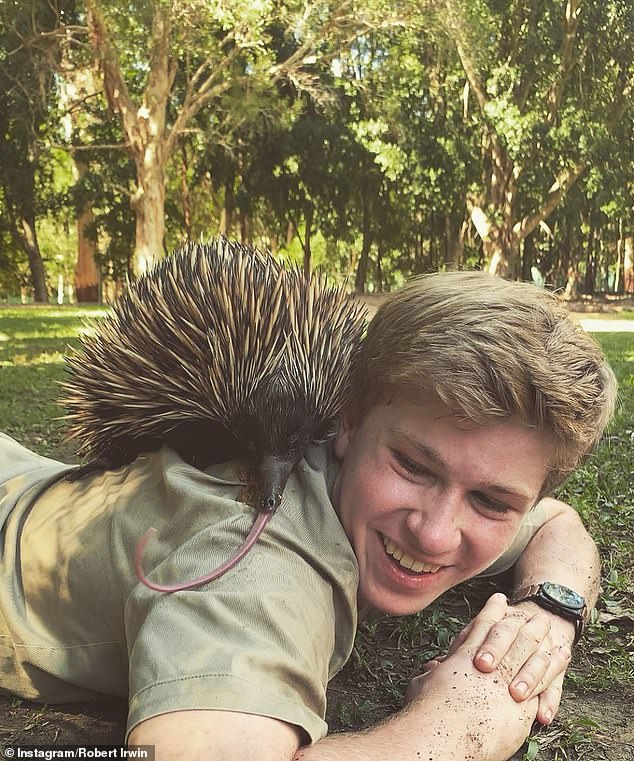 Ouch! The wildlife warrior added that he had a ‘separated shoulder’ from accident

He also wore a navy blue sling to keep his shoulder immobilised.

Fans, including many celebrities, rushed to send the son of late ‘Crocodile Hunter’ Steve Irwin well wishes on his recovery.

‘Because you’re not hardcore, unless you live hardcore,’ added TV host Rove McManus.

‘Your poor mum,’ said mother-of-two Amanda Keller, realising how frightening the experience must have been for Terr Irwin.

The Sunshine Coast Daily reported that Robert came off the bike about 11am Saturday and was taken to Sunshine Coast University Hospital, Birtinya, in a stable condition. 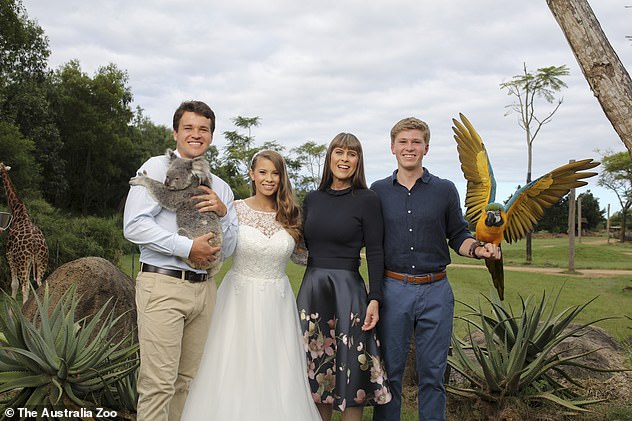 On Thursday, Robert was excited to announce the arrival of Australia Zoo’s new pet chicken on Instagram.

‘Meet Marshmallow, without a doubt one of the sweetest chooks we’ve ever had,’ he wrote.

‘Always flying up for a bit of love,’ he laughed, as he shared footage of the animal sitting on his shoulder.

At one point in the video, Robert and his new pet chook are seen sharing a rather cute moment as they butted each other’s heads.

Robert was then heard telling his new pet, ‘you’re a good chicken,’ before they snapped a series of playful selfies together. 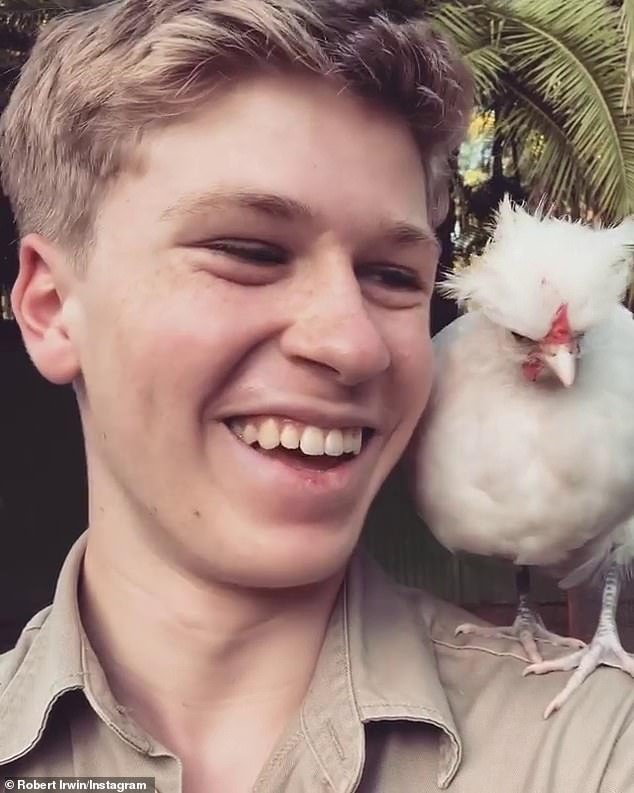 New arrival! Robert (pictured) was excited as he announced the arrival of Australia Zoo’s new pet chicken, Marshmallow (right) to Instagram on Thursday