Robert Lewandowski and his Bayern Munich team-mates looked focused and determined during a Tuesday morning training session ahead of their semi-final showdown with Real Madrid.

Lewandowski, who has been linked with a move to the Spanish capital, will have the chance to showcase his talent against his potential suitors on Wednesday evening at the Allianz Arena.

Despite reports that the Polish striker is refusing to budge on his wish to move to Madrid, the 29-year-old cut a calm and composed figure at the Saebener Strasse training ground early on Tuesday. 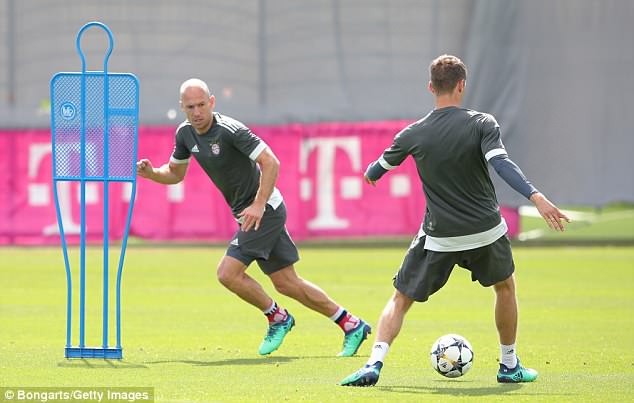 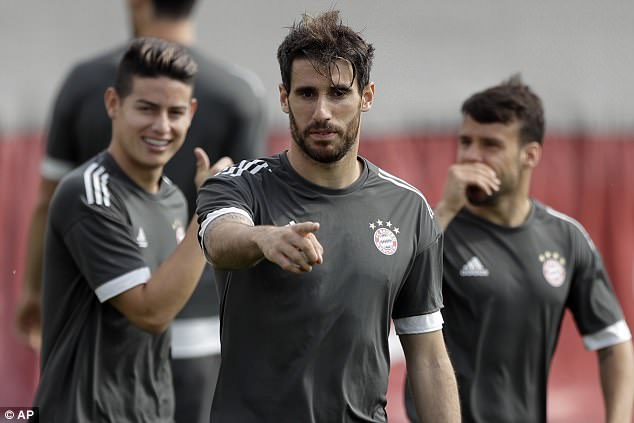 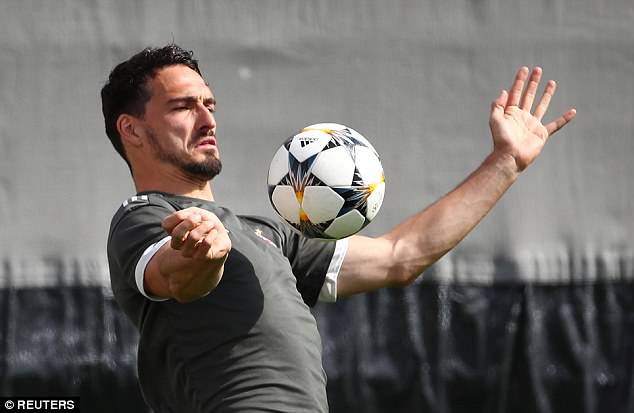 Arjen Robben and James Rodriguez will also be relishing the chance to play Zinedine Zidane’s men in their Champions League first leg with the Spanish giants.

James, who is on loan at Bayern from Real, will especially be looking to make an impact after being ousted from the squad last summer.

The move from Real to Bayern will likely be a permanent one at the end of the season for the Colombian, who is said to be happy with life in Germany.

The former Monaco attacker even ruled out a move to the Premier League last month in favour to stay at Bayern. 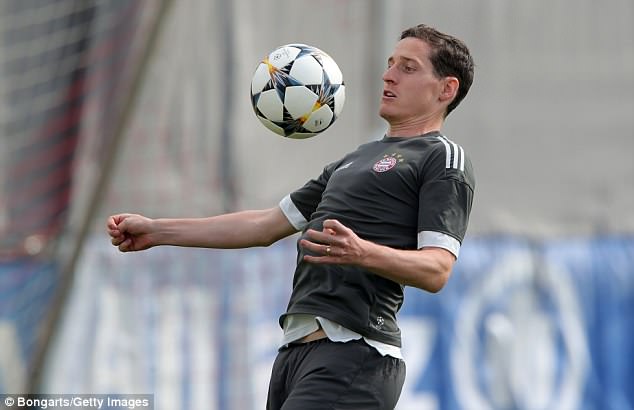 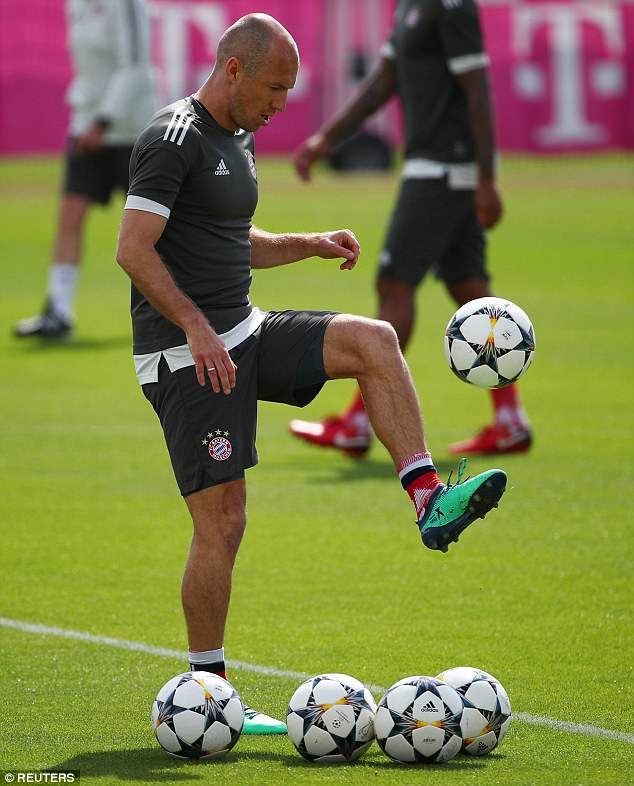 Robben, 34, shows off his close control as he plays keepy-uppy with a match ball 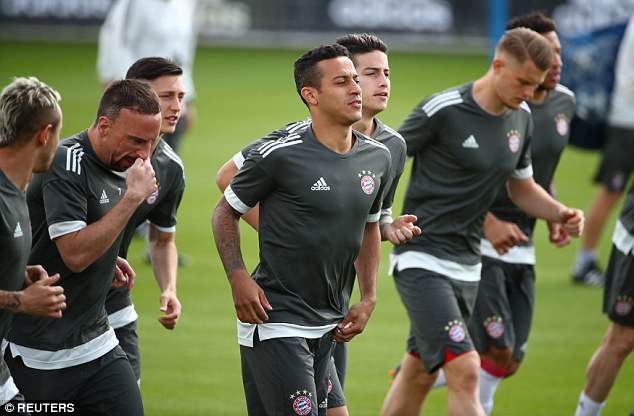 Thiago Alcantara (C), Franck Ribery and their team-mates are put through their paces 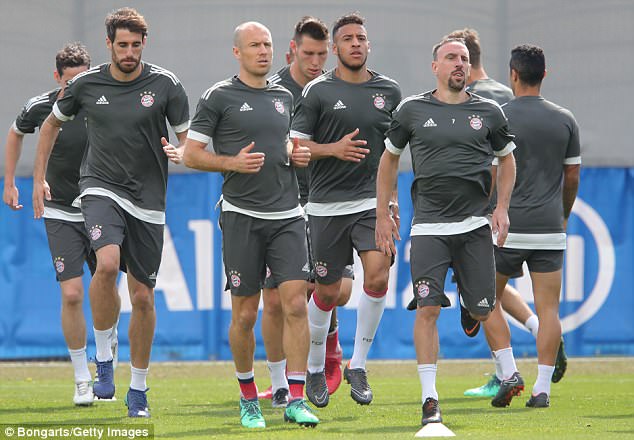 Robben, Ribery and Martinez all prepare for their semi-final first leg clash with Real

Bayern, who have already enjoyed success domestically after winning their sixth consecutive Bundesliga title, will not be getting ahead of themselves when it comes to facing Cristiano Ronaldo and Co on Wednesday.

The Spanish side seem to be a different beast in Europe despite suffering a late scare before advancing past Juventus in the quarter finals.

Zidane is aiming to win the competition for a third successive year, a feat that has never been achieved before.

However, Jupp Heynckes and his Bayern team will be aiming for their own treble, as they look to add Champions League and German Cup glory to their Bundesliga triumph. 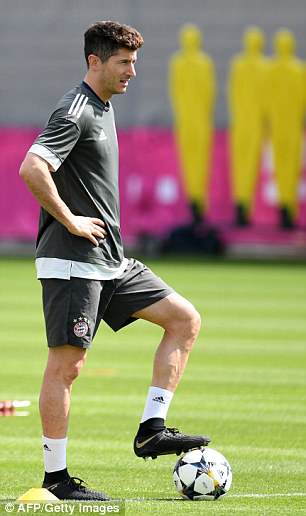 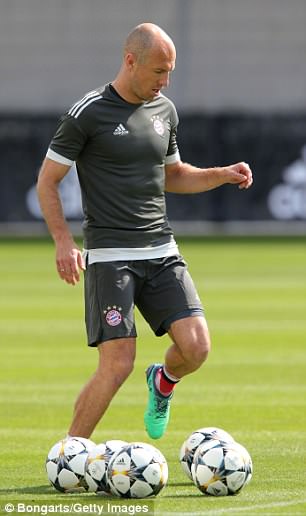 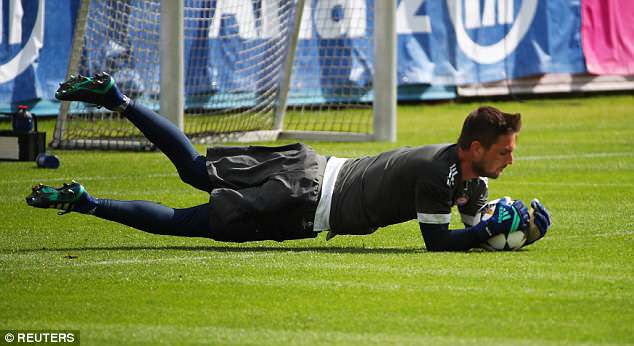 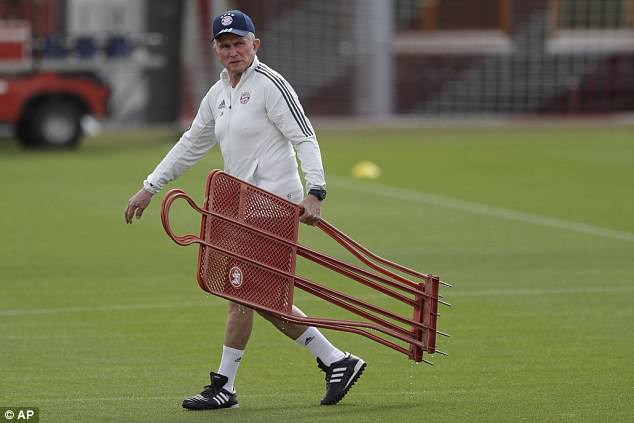