The family of longtime Zimbabwean leader Robert Mugabe are preparing to bury him at his rural home today after a weeks-long dispute with the government.

A highly private farewell will take place for one of Africa’s most divisive figures with only approved guests in attendance, a decision out of sync with the local tradition that funerals are free for all to attend.

One elderly neighbour threw a tantrum after being blocked at the gate. 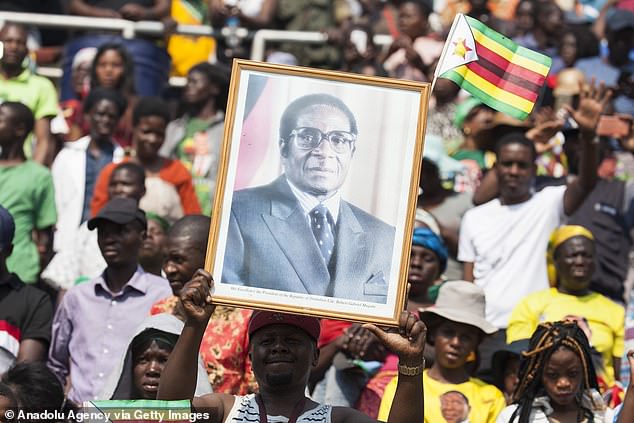 A citizen holds a photo of Zimbabwe’s late former president Robert Mugabe as they attend a funeral ceremony of him at the National Sport Stadium in Harare, Zimbabwe on September 14 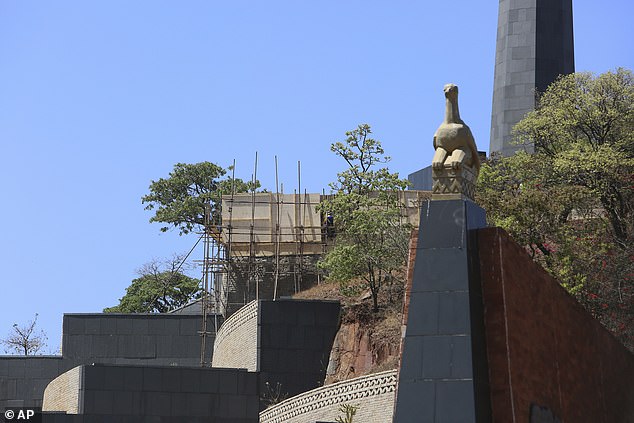 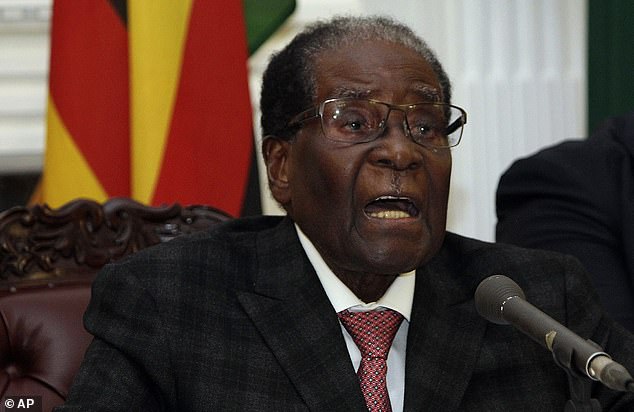 Zimbabwean President Robert Mugabe delivered a speech during a live broadcast at State House in Harare on Sunday, November 19, 2017 – three years before his death aged 95

Mugabe’s family earlier had agreed to a government request to bury him at a shrine in the capital but only after a hilltop mausoleum was built to set him apart from former comrades.

But the government on Thursday abruptly announced the family had changed its mind, leaving it with scaffolding around the partially completed memorial.

A spokesman for the ruling ZANU-PF party, Simon Khaya Moyo, called the private burial ‘most unfortunate’.

In a statement, Moyo added that ‘we indeed respect the wishes of families of deceased heroes, hence we are saddened when manoeuvers that border on political gimmicks begin to unfold on an issue concerning an illustrious liberation icon.’ 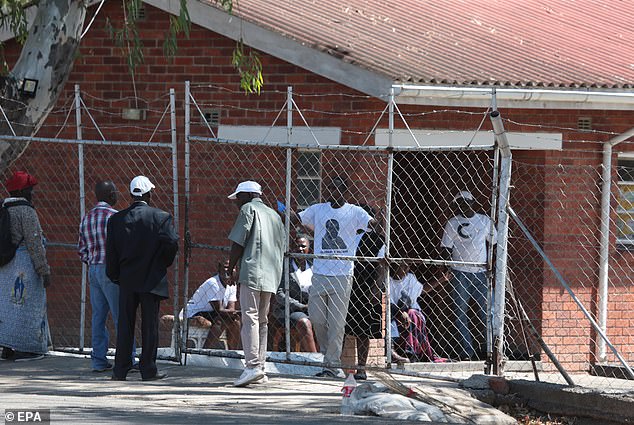 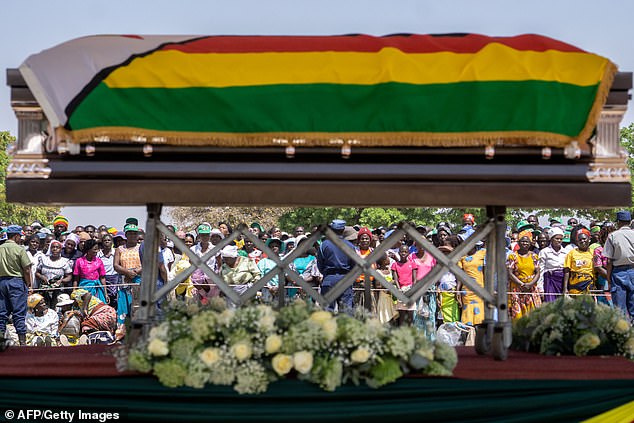 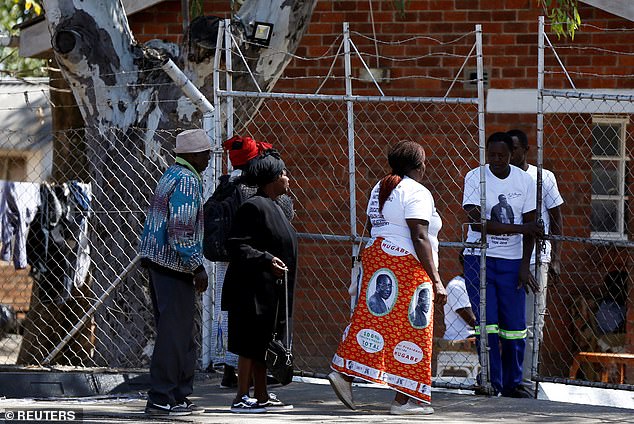 Mugabe, who led the bitter guerrilla war to end white-minority rule in the country then known as Rhodesia, was Zimbabwe’s first leader and ruled from 1980 for 37 years, from years of prosperity to economic ruin and repression.

He was forced by the military and ruling party to retire in late 2017 as thousands cheered in the streets. Mugabe died this month in Singapore at age 95.

President Emmerson Mnangagwa, a once-trusted deputy who helped oust Mugabe from power, was not expected to attend the burial.

State-run media reported that the government would be represented by the home affairs minister.