Page was in charge for the tournament with manager Ryan Giggs on leave and due to face trial in January.

Giggs has been accused of deliberately headbutting his ex-girlfriend and controlling her throughout their relationship, charges which he denies.

Page, who joined Giggs’ backroom staff in August 2019, took over team affairs last November and guided Wales to the last 16 of the European Championship before being knocked out by Denmark on Saturday.

‘I’ll just continue doing what I’m doing until I’m told otherwise,’ Page said with the next set of 2022 World Cup qualifiers just over two months away.

‘There’ll be conversations to be had, no doubt.’

The Football Association of Wales have been impressed with the way Page has handled his role in such difficult circumstances. 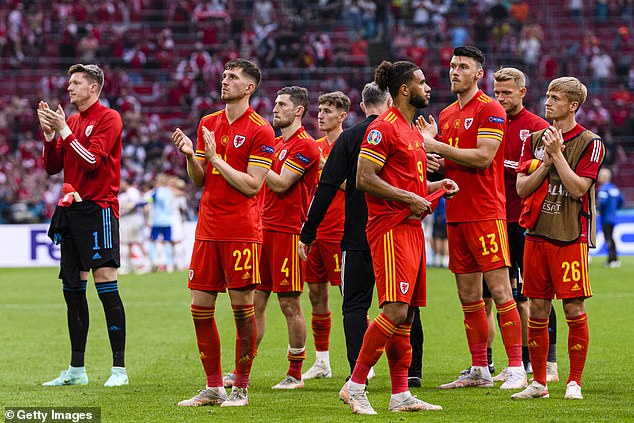 FAW president Kieran O’Connor said during Wales’ stay in Baku that Page had been ‘superb’ and he had ‘never seen so many players laughing and joking’.

It would be a major surprise if the 46-year-old former Wales captain was not in charge for September’s two World Cup qualifiers, away to Belarus and at home to Estonia.

‘We’ve said to the group you can become bigger and better from having got through this experience,’ Page said after Wales’ Euro 2020 adventure had been ended by a 4-0 defeat in Amsterdam.

‘They might not believe it right now but, when you strip all the emotion out of it, that will hold us in good stead for the future. 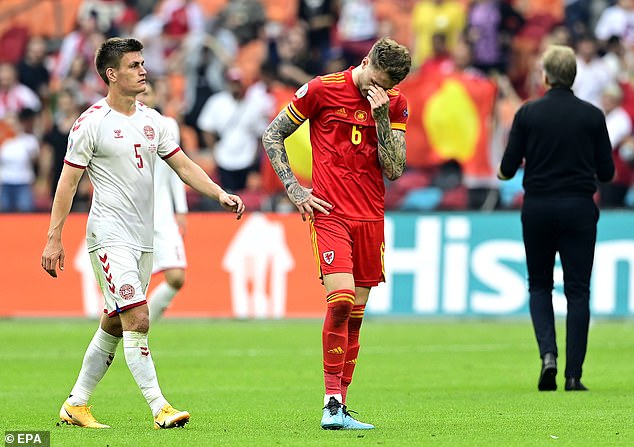 ‘They’re a young group and there’s World Cup qualifiers around the corner in September, and we’ll go again.

‘We’ve had a taste of tournament football now and we want more of it.’

Wales had the third youngest squad at Euro 2020, with only Turkey and England possessing a lower average age.

Page also said Wales’ achievement of reaching the knockout stage was praiseworthy due to the lack of domestic game-time several members of his squad had last season. 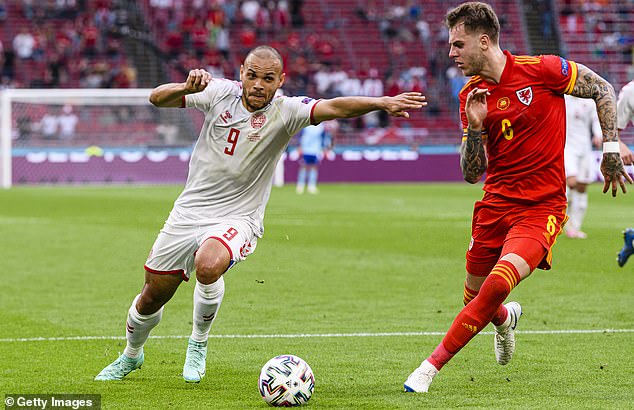 ‘That group of players deserve a lot of credit considering where they are domestically,’ Page said.

‘We need to get our players out playing football. That doesn’t half help.’

Highlighting the lack of action his players have seen in club football compared to others in the tournament, Page added: ‘I’d like to put the minutes our lads have played domestically against Denmark, or any team in this tournament. I think you’ll find there’s a big difference. 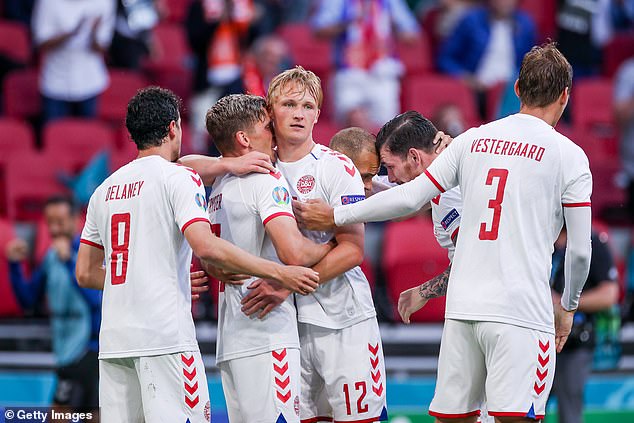 ‘To qualify is an achievement, to get through the group stage is a major achievement.

‘It is a big achievement with the players that we’ve got, not playing domestic football week in, week out.

‘We’ll learn from this experience and bounce back.

‘The group is already looking forward to the games in September, and I think there’s a lot more to come from them.’