Star Trek actor Robert Picardo’s estranged wife is being sued by the family of a murdered man who say she orchestrated his killing.

Linda Pawlik, 62, is awaiting sentencing after pleading guilty to being an accessory to the murder of her 43-year-old friend Edward Mello who was killed in 2014.

Mello, who was a friend of hers, was shot in the head with a gun registered to her in a hotel room in the Woodland Hills area of Los Angeles. Jorge Rodriguez, another friend of Pawlik, is in jail serving 21 years for his murder.

Police have never revealed her connection to his murder but, in a lawsuit filed on Friday, coincidentally Picardo’s 64th birthday, Mello’s family claim she ordered it because she thought he was stealing from her.

They say that in late 2014, Pawlik and her friends, which included Mello, were in the process of removing assets from the home she had shared with Picardo so that she could hide them in divorce proceedings and stop him from taking them.

Mello’s family say that she began suspecting him of stealing the items instead of stashing them in lockers as she’d asked and that this is why she allegedly wanted him dead.

Adriana Martinez, Mello’s ex-wife, and their three adult daughters are now asking for unspecified damages, claiming Pawlik is entirely to blame for his death and that she was a meth addict who had become paranoid during her divorce proceedings.

Linda Pawlik, 62, the estranged wife of Star Trek star Robert Picardo (above together in 2012) is being sued by the family of a man who say she orchestrated his murder

At the time of his death, Mello had spent time living with Pawlik and another woman, Emily Reich, at Pawlik’s $6.5million home in Pasadena, according to the lawsuit.

She was living in the house while negotiating her divorce from Picardo, 64, who is best known as The Doctor from Star Trek: Voyager. The pair were married in 1984 and have two daughters together.

They have not yet finalized their divorce and are due to appear in court in November.

In 2014, two years after Picardo filed for divorce, Pawlik was living in their marital home with Reich, an accountant she had hired to help her in the proceedings, and Mello.

In their lawsuit, Mello’s relatives say Pawlik and Reich frequently used methamphetamine and were drug addicts. They believe Mello was in fear for his life before his death and claim he pleaded for help one night while staying in the movie star wife’s mansion. 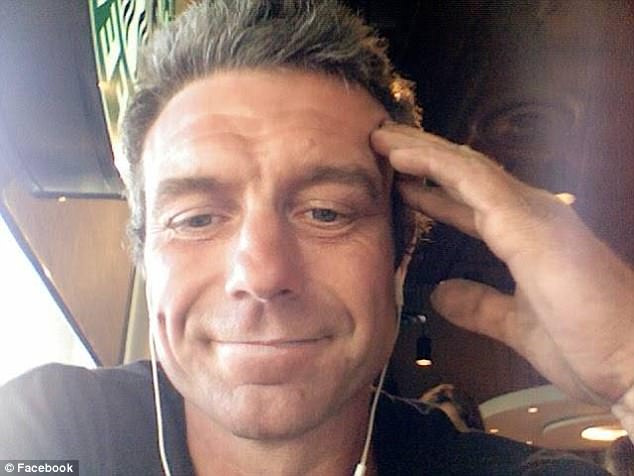 Edward Mello, 43, was shot in the head on October 29, 2014. He had been living with Pawlik but was in a hotel when he died. His family say she ordered the killing because she thought he had stolen from her 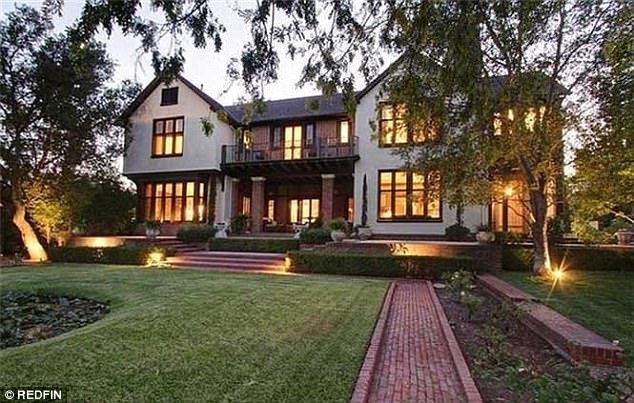 Mello’s family say that on two occasions when he was staying with Pawlik at her $6million home (above), he pleaded for help saying she had ‘lost her mind’ on drugs

The man’s family claims that at some point before his death, Pawlik asked them to remove valuable items from the home and hide them in deposit lockers so that they could not be taken from her by her ex-husband.

Shortly afterwards however, they believe that she became ‘convinced’ they were stealing from her and she asked Rodriguez, who she had become ‘romantically interested in’, to kill Mello.

On October 29, the man’s family say Rodriguez went to the Comfort Inn in Woodland Hills and shot Mello in the head. They claim that he and Pawlik then tried to pass his murder off as a suicide. 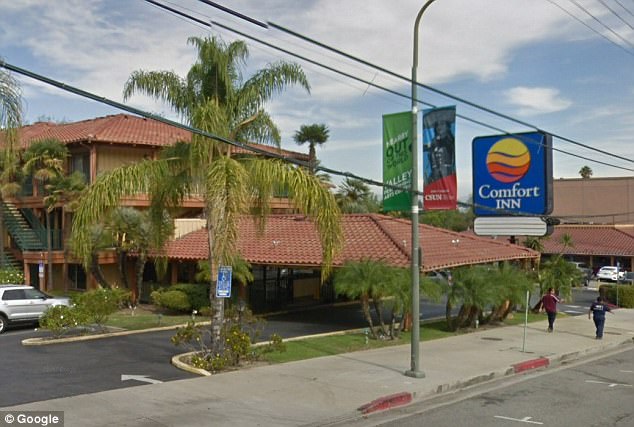 On October 29, Mello was shot in the head in his room at this Comfort Inn in Woodland Hills

Pawlik was arrested in May 2015 and was charged with accessory after the fact. At the time, she posted $620,000 in bail and was released.

Police never revealed her connection to the murder at the time or how she knew Mello.

Pawlik is now awaiting sentencing. The maximum sentence for the crime in California is three years imprisonment and fines of up to $37,000. 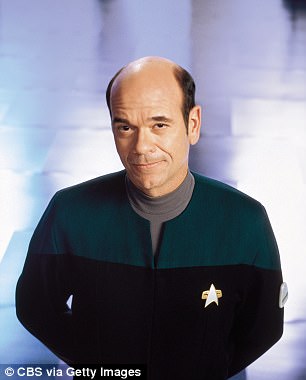 Picardo is best known as The Doctor from Star Trek: Voyager

Rodriguez is in jail after being found guilty of murder earlier this year. He was sentenced to 21 years imprisonment.

Mello’s family say they were not briefed on the details of the case until May this year.

That is when police informed them of Pawlik’s involvement. They say they were ‘devastated’ by Mello’s death which happened a day before one of his daughter’s 24th birthday.

Their attorney Michael Avenatti told DailyMail.com on Friday: ‘On behalf of Mr. Mello’s family, we fully intend on ensuring that justice is served.

‘The tragic death of Mr. Mello was a direct result of the conduct of Ms. Pawlik and her plot to have him killed in the interest of greed.

‘We look forward to presenting our evidence to a Los Angeles jury as soon as possible.’ Pawlik did not respond to requests for comment on Friday.

Before her arrest, Picardo pleaded with a judge to throw her out of the marital home claiming he feared for his life with her in it.

He made the request in court filings after learning that her gun had been used in the Mello murder. In his complaint in court, he said his wife hung out with drug-addicted criminals. 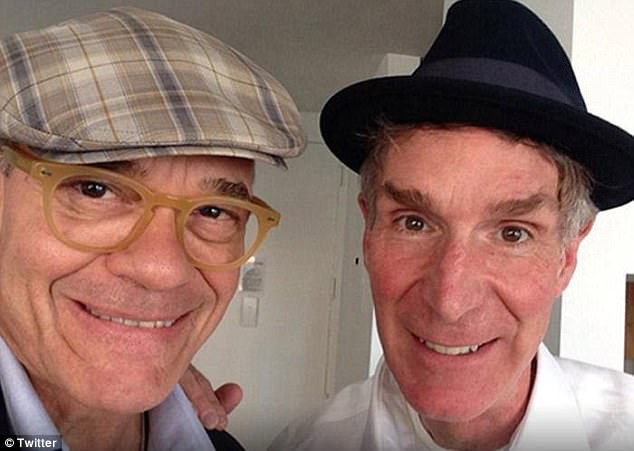 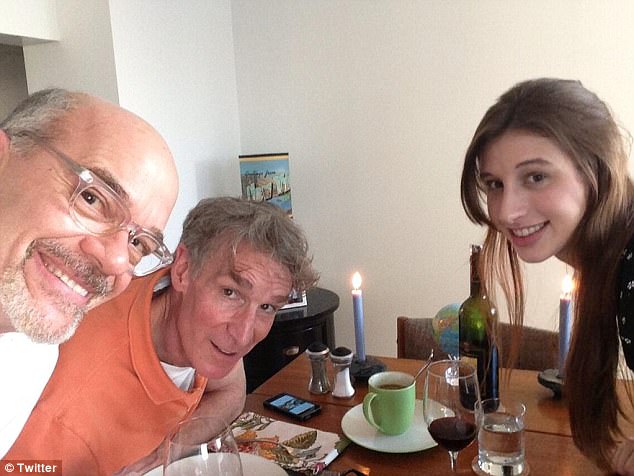 Nye lashed out in a rant with TMZ in 2014, claiming Picardo’s ex was a ‘drug addict’. He is pictured with Picardo and Picardo’s daughter with Pawlik in November 2014

She previously denied allegations she was a drug addict after they were repeated by Bill Nye. He told TMZ in a 2014 rant: ‘Robert Picardo’s ex-wife who is an addict.’

He said she was in ‘cahoots’ with his ex fiancee Blair Tindall.

Pawlik had outlandishly accused Nye and her estranged husband of having a gay affair.

In a separate court complaint, Picardo said she lured him to their home on July 4 then placed a GPS tracking device on him which he said she then tracked to Nye’s home and bedroom.

Picardo pleaded with a judge to get her to stop spreading the rumors that he’d been in Nye’s bedroom for three hours, saying: ‘I’d made it to 60 without having sex with a man and a “walk on the wild side” at this age seemed unlikely to anyone who knows me.’

In her response to Nye’s comments, Pawlik wrote said she had been addicted to pain killers after a ‘painful’ battle with cancer and that his remarks were ‘defamatory and offensive’. 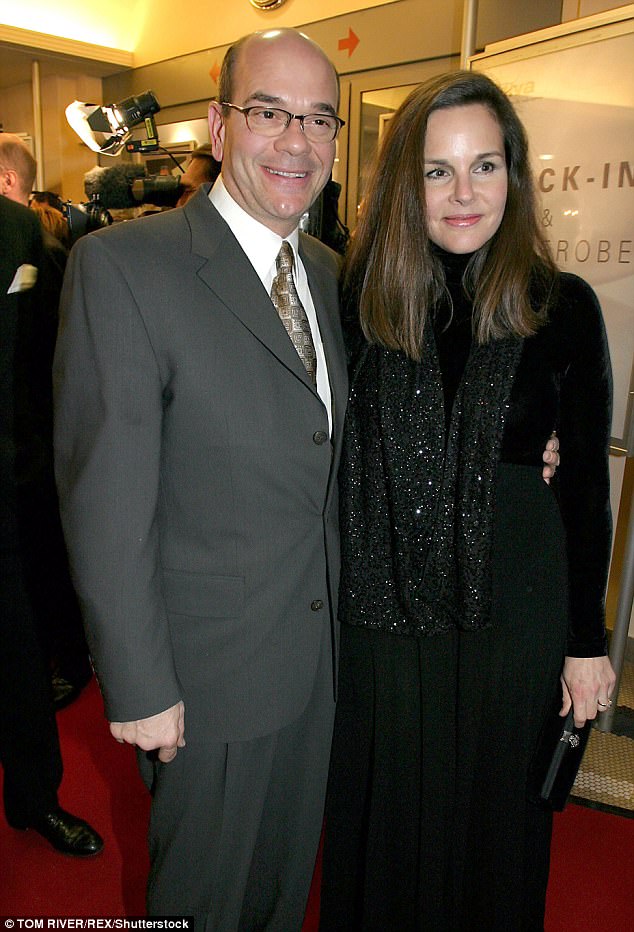 Picardo and Pawlik (above in 2004) have still not yet reached a divorce settlement. They will appear in court in November