A former university dean and his secret lover who fraudulently gained more than £500,000 from their employer have each been jailed for five years.

Robert Smedley, 52, created a role for Christopher Joynson, 34, when he was the dean of the faculty of education at Edge Hill University in Ormskirk, Lancashire.

Smedley did not declare their relationship to the university and claimed the pair were just friends, the court heard.

He failed to carry out background checks on Joynson which would have revealed he had previously received two police cautions for lying on job applications, police said. 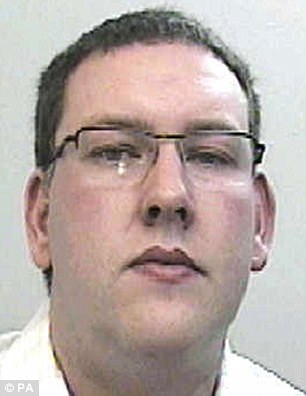 Joynson himself embellished his application for ‘partner development officer’ at Edge Hill by lying about his relevant work experience.

During Joynson’s employment he invoiced the university for several hours of work that he had not completed as he transferred about £200,000 into Smedley’s bank account.

Finance workers at the university became suspicious when an accountant noticed a large consultancy payment being made to the same bank account as a member of staff’s salary.

Both defendants, of Frankby Road, West Kirkby, were found guilty earlier this month by a jury at Liverpool Crown Court of defrauding the university out of £513,000.

The cash was paid into two bogus firms set up by Joynson who made fake email addresses in his dementia-suffering grandfather’s name to try to fool bosses into believing they were legitimate.

Judge Brian Cummings QC said they had worked together to defraud the university and he told Smedley that his ‘breach of trust was monumental.’

He said: ‘They demonstrated a total disregard for the sustained hard work and commitment of the university’s students, graduates and staff who together have built that reputation.’

He said that he accepted that Smedley had made a very important contribution to education generally and to Edge Hill University in particular.

Judge Cummings added: ‘You were rightly respected in your field. Unhappily it was that factor which enabled you to commit fraud and to get away with if for so long.

‘You were regarded as a man of absolute professional integrity and commitment; no one would have suspected your of fraud or questioned your decision.

‘You took advantage of that to steal half a million from education. The sense of personal betrayal from some of your former colleagues, who gave evidence in the trial, was palpable.’ 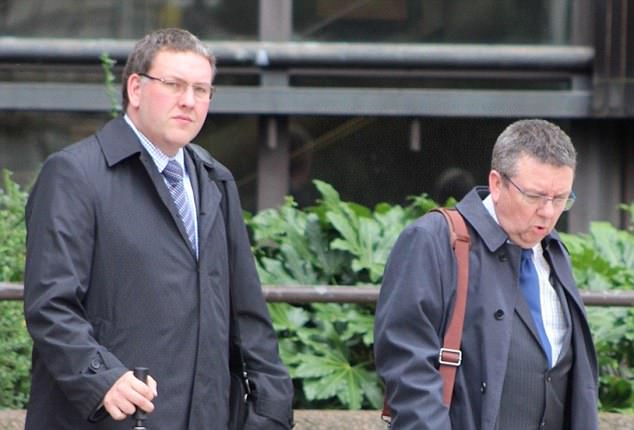 Christopher Joynson (left) was given a £53,000-a-year job by his lover Robert Smedley (right)

‘He deceived the university, in particular colleagues he had known for many years, and employed Joynson, his lover, in a position that he had simply devised himself.

‘Joynson invoiced the university for hours and hours of work that he had not undertaken, sharing the money with Smedley.

‘They used the cash towards expensive home improvements including a luxury kitchen.

‘The financial impact on the university – the innocent victim in all this – cannot be underestimated. Between the pair of them, they managed to defraud Edge Hill of over half a million pounds which could have been put to much better use.’

A spokeswoman for Edge Hill University said: ‘We note the decision of the jury and believe that the sentences handed down to Robert Smedley and Christopher Joynson demonstrate that justice has been done.

‘The sum fraudulently obtained by these men had no impact on our students or the work of the university and has subsequently been recovered from our insurers.

‘We would like to thank the police and Crown Prosecution Service for their efforts in pursuing this case and bringing it to a satisfactory conclusion.’