‘It’s something I wouldn’t do again that’s for sure!’: Andy Robertson admits he REGRETS picking a fight with Lionel Messi in tense Champions League tie as he relives getting the better of ‘frightening’ Barcelona star

Messi was the star in the first leg tie at the Nou Camp, scoring two goals as the Catalans looked to have booked their place in the final with a convincing 3-0 victory.

And the Reds’ defender recalled being in awe of the Argentine after his sensational display. 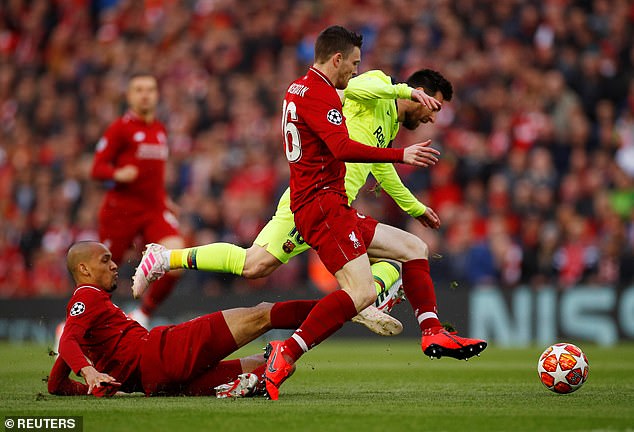 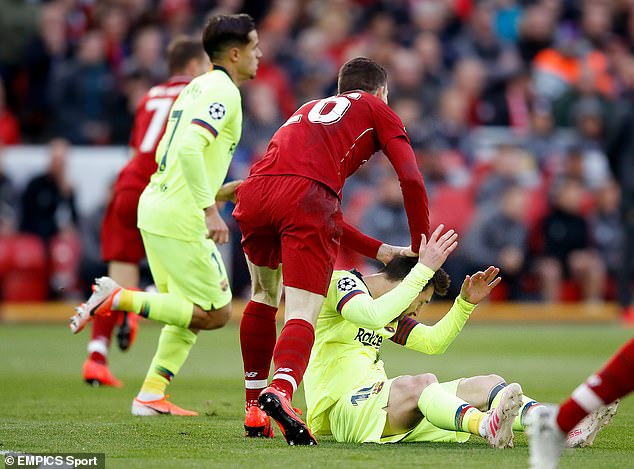 ‘In the Nou Camp I thought I’d dealt with him as well as I could have, but he walks off with two goals, it’s 3-0, and all everyone’s talking about is Messi,’ he told That Peter Crouch podcast.

‘When you test yourself against the best you want to try and come out well, and he is the best player that’s ever played in my opinion. Being directly up against him was as tough as it is.

‘When you come up against him you always think ‘it’s ok, we’re professional footballers, we can [handle this].’ 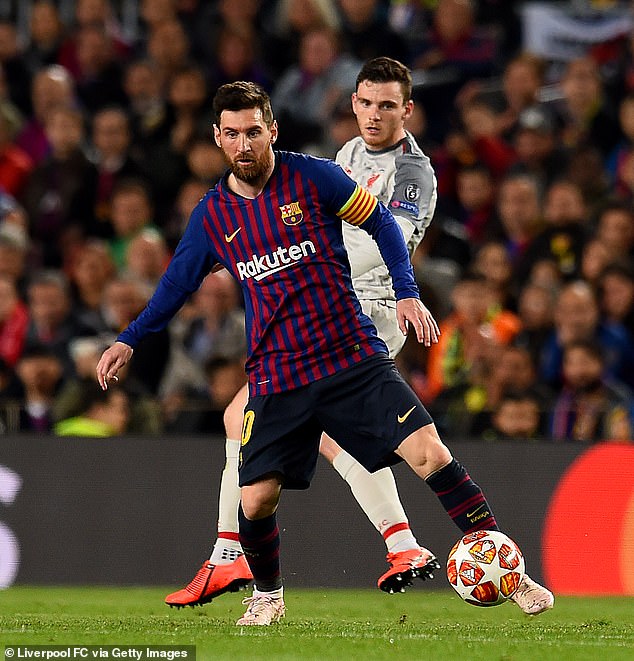 ‘But I think he knocked it by two of our midfielders early on in the Nou Camp, and he was running directly at me and I was like ‘oh right, this guy’s serious, f***ing hell! He’s coming at me now!

‘The stuff he does with his feet are just frightening, you need to guess at times to defend against him.

‘I remember he was at the byline at one point, and I thought ‘he’s just playing for a throw-in here, no problem.

‘But he’s like dinked it inside somehow, and off he went inside of the park, switched the play, and I was like… no other human can do that!’

But Messi’s heroics were undone in the second leg as Jurgen Klopp’s side produced an incredible comeback to win 4-0 at Anfield.

Earlier in the game, cameras had caught Robertson giving Messi a pat on the head as Liverpool looked to assert their dominance early on. The pair later squared up to one another as tempers flared during the tense tie. 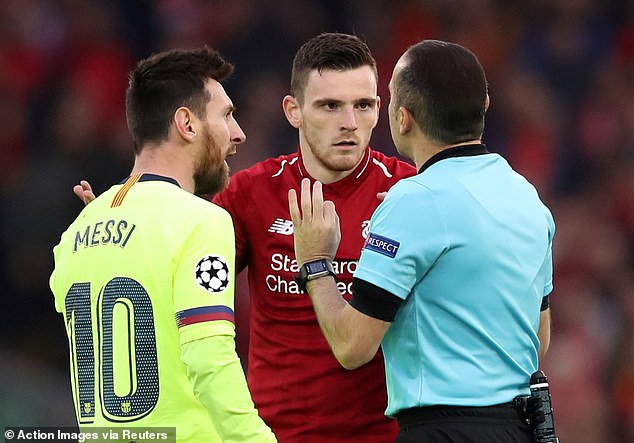 The Scotland captain says he regrets what happened despite the delight it brought to Liverpool fans.

‘Me and Fabinho were both tracking him [Messi] back, and we both ended up on the ground, and… yeah I just ruffled his hair a wee bit,

‘He wasn’t too happy, but it’s something I wouldn’t do again that’s for sure!

‘It’s a bit disrespectful to the best player that’s ever played this game. 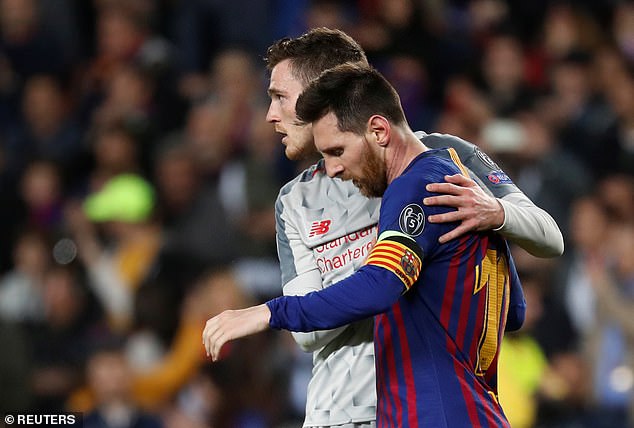