‘It’s so beautiful… eight out of 10 don’t even think about it, one of the two can’t even do it’: Alex Oxlade-Chamberlain’s delightful chip in Liverpool’s win at Genk leaves Robin van Persie purring

Oxlade-Chamberlain put Liverpool in front in the first half but it was his stunning second goal, which made it 2-0, that earned the praise of Van Persie.

The midfielder bent Roberto Firmino’s pass into the top left-hand corner with the outside of his right foot from the edge of the box. 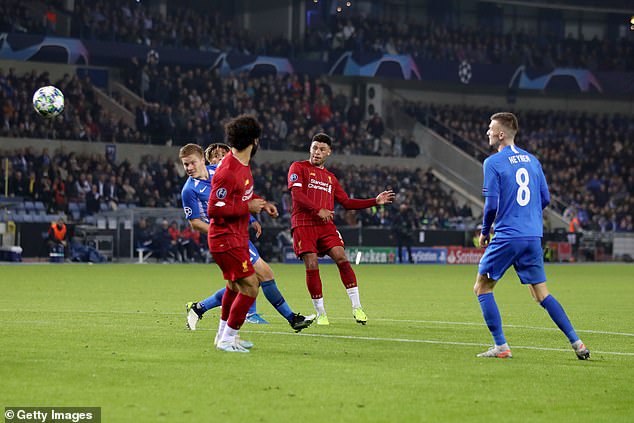 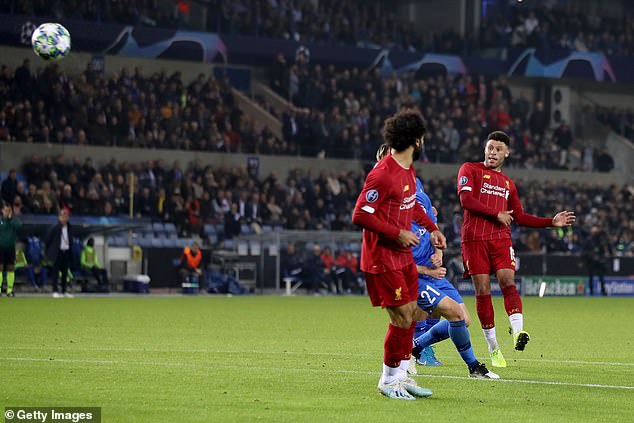 The second, third and fourth goals were all amazing, especially the second,’ Van Persie said to BT Sport. ‘It’s so beautiful.

‘Most strikers don’t imagine it, eight out of 10 don’t even think about it, two who actually think about it, one of the two can’t even do it. The way he executed that goal is so beautiful.

‘I’m so happy for him, I used to play with him at Arsenal, I saw that ability. He has potential to be a top player, if he can do those type of goals he can become that type of player. That goal is like one you will score once in your life.’

Absolute class from The Ox!! ?

First time ✔️
Outside of the boot ✔️
In off the crossbar ✔️

He’s got his second of the night and it is truly sublime! pic.twitter.com/nqV2xBGnno 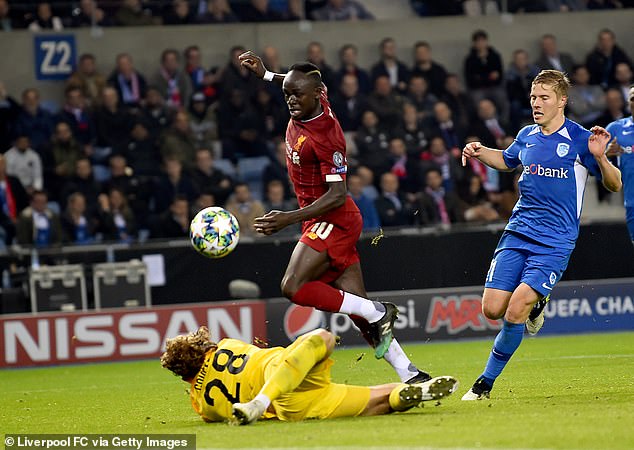 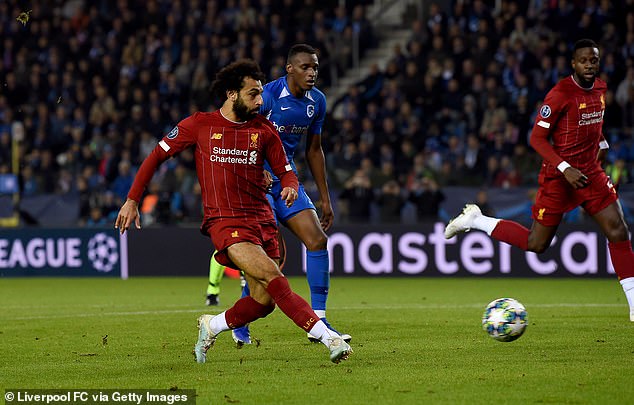 Sadio Mane and Mo Salah also found the back of the net late on to add gloss to the scoreline, before Genk scored a late consolation.

‘The goals were brilliant but he can do so much better,’ he said. I’m not too critical, a long time out, lack of rhythm. The goals were incredible, I’m really pleased for him, a big step.’

Meanwhile, the 26-year-old revealed his delight at returning to Champions League action after missing most of last season with a serious knee injury.

‘I’ve definitely missed it [the Champions League]. It’s nice to be back out there, a special tournament to play in. Seeing the boys do so well in it last year, I was lucky enough to be back on the bench for the final. It’s nice to be back in the starting lineup and put in a performance to help the team. [But] We’ve got to do a lot better if we want to go far in this competition.’