ROBOTS are no better at performing surgery than humans

Highly-trained surgeons armed with a scalpel perform procedures faster than machines, at a lower cost – and do not make more mistakes.

Two studies – one by Leeds University and the other by Stanford University in the US – last night independently found robots did not reduce side effects or improve the patient’s health when compared to manual operations.

But they both found that robotic surgery took longer and was more expensive.

For the last 15 years robots have been increasingly used in the NHS, replacing the surgeon’s hand with the arm of a machine.

The NHS has about 60 surgical robots, often bought for about £1.5million each by hospitals’ charitable trusts after local fundraising campaigns.

The most common type is the Da Vinci robot, which is comprised of four robotic arms controlled by a surgeon sitting at a console.

The machine was first used in September 2000 to remove a gallbladder, and has since become frequently used for prostate, kidney and bladder surgery.

But last night two studies published in the JAMA medical journal suggested that might not be the case.

A 12-year study of nearly 24,000 kidney operations, conducted by Stanford University in California, found the differences in clinical outcomes and recovery period were indistinguishable, whether a surgeon or a robot had carried out the procedure. 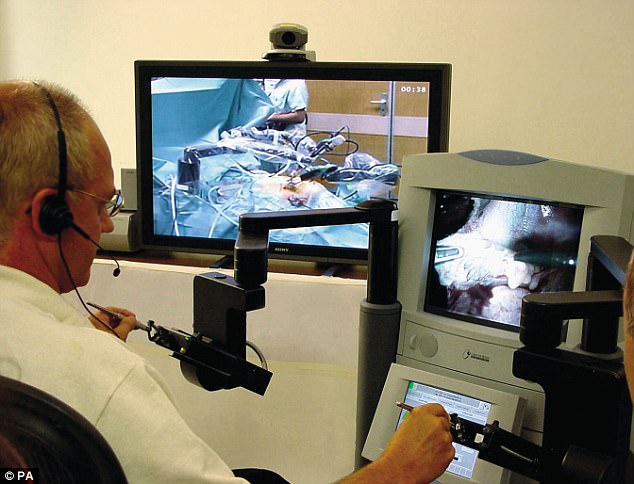 But they took longer – with 47 per cent of robotic operations taking more than four hours, compared to 26 per cent of manual operations.

Study leader Dr Benjamin Chung, associate professor of urology at Stanford, said: ‘We found that, although there was no statistical difference in outcome or length of hospital stay, the robotic-assisted surgeries cost more and had a higher probability of prolonged operative time.’

A second study, by Leeds University, assessed 500 operations for rectal cancer, and came up with similar conclusions – finding no difference in complication rates or quality of life after six months, whether a human or robot had performed the procedure.

The authors wrote: ‘Results from the health economics analysis suggest that robotic-assisted laparoscopic surgery for rectal cancer is unlikely to be cost-saving.

‘The mean difference per operation, excluding the acquisition and maintenance costs, was £980 and driven by longer operating theater time and increased costs for robotic instruments.’

Dr Chung said: ‘There is a certain incentive to use very expensive equipment.

‘But it is also important to be cognizant as to how our health care dollars are being spent. Although robotic surgery has some advantages, are those advantages relevant enough in this type of case to justify an increase in cost?’

It comes after a separate study, published earlier this month in the Lancet Oncology journal, warned that one in four NHS prostate cancer units had closed in the last seven years because they could not afford to buy surgical robots.

That study found they were losing patients to richer, larger hospitals which could afford the latest machines, even though there was no proof robots were any better. 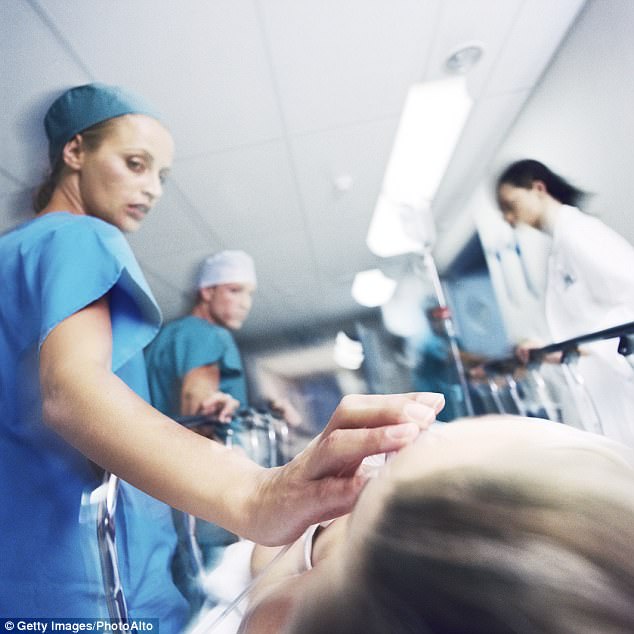 Some surgeons have gone back to performing operations by hand because they are unhappy with the results of the machines.

‘It gives me better results than robot surgery or keyhole surgery,’ Mr Doherty said. ‘I did more than 1,000 keyhole operations and could not get the same good results as with open surgery.

‘But robots are so in favour that few people are even doing open surgery.

‘I had a recent referral from London as no one there is doing open surgery any more.

‘I’m not anti-technology, but the question is — is our money being well spent here?’

But other doctors stand by the machines.

London Cancer, the UK’s biggest provider of robotic prostate surgery with 500 NHS patients a year, reported side effects fell after they started using robots in 2010.