One in five jobs in British cities is likely to be displaced by 2030 because of automation and globalisation, a new report predicts.

Retail, customer service and warehouse jobs are among those most at threat of being lost, said Centre for Cities.

The think tank said struggling cities in the North and Midlands were more exposed to job losses than wealthier cities in the South, compounding the North/South divide.

Retail, customer service and warehouse jobs are among those most at threat of being lost to automation over the next 12 years

Cities including Mansfield, Sunderland and Wakefield could see two out of five jobs lost, while Oxford and Cambridge face losing 13%, the study found.

The report said the changes would lead to jobs being created as well as lost, but in Northern and Midlands’ cities they would largely be in low-skilled occupations.

Up to one in 10 jobs are in occupations predicted to grow, while new industries would bring positions which do not currently exist, it was predicted.

Andrew Carter, chief executive of Centre for Cities, said: ‘Automation and globalisation will bring huge opportunities to increase prosperity and jobs, but there is also a real risk that many people and places will lose out.

‘National and local leaders need to ensure that people in cities across the North and Midlands can share in the benefits these changes could offer.

‘That means reforming the education system to give young people the cognitive and interpersonal skills they need to thrive in the future, and improving school standards, especially in places where jobs are most at risk. 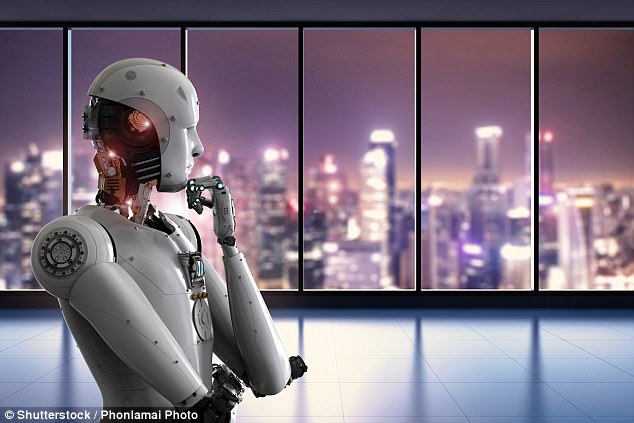 ‘We also need greater investment in lifelong learning and technical education to help adults adapt to the changing labour market, and better retraining for people who lose their jobs because of these changes.

‘The challenges and opportunities ahead for Blackburn are very different to those for Brighton.

‘The Government needs to give cities more powers and resources to tackle the issues that automation and globalisation will present, and to make the most of the benefits they will bring.’