A mother-of-four has hit out at easyJet after she was ordered to stop breastfeeding her baby on one of their planes and had to pry the infant off her mid-feed.

Kelly Edgson-Payne, 36, was flying from London Gatwick to Fuerteventura with her husband Ross, 40, and their four children when she was told she could not breastfeed her one-year-old son Lex.

She claims she was ‘mortified’ and she and her youngest child were both left in tears, after a male member of cabin crew told her she could not feed the infant during take-off.

But when she raised the issue with easyJet after she landed, she was told passengers are welcome to breastfeed babies on their flights – so long as they are ‘discreet’.

Kelly Edgson-Payne, 36, was flying from London Gatwick to Fuerteventura with her husband Ross, 40, and their four children when she was told she could not breastfeed her one-year-old son Lex (pictured together)

Ms Edgson-Payne, who says she has never had an issue breastfeeding any of her children on flights, has slammed the budget airline for ‘not seeming to know the law about breastfeeding’.

The mother-of-four, of Rochester, Kent, said: ‘It’s just absolutely crazy that I was told that I couldn’t feed him – crazy, and really embarrassing for me.

‘I find it really disappointing that an airline I trust, and who we fly with all the time, actually broke the law in discriminating against me as a breastfeeding mother.

‘The law in the UK says it protects breastfeeding mothers – and even easyJet’s own website says mothers are welcome to breastfeed at any time during a flight. 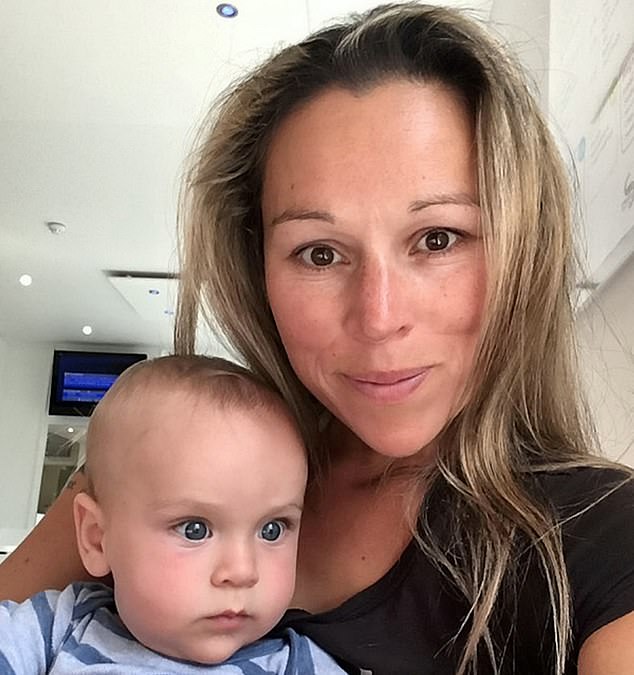 Pictured: Kelly Edgson-Payne and her one-year-old son Lex, who live in Rochester, Kent

‘There’s just no consistency in their messages. They should not be discriminating against breastfeeding.’

She continued: ‘We fly with easyJet literally all the time, and I have always breastfed all my children over the years during take-off – because their ears pop and its uncomfortable for them.

‘Most other cabin crew would actually encourage breastfeeding during take-off, because it distracts them and stops them from crying.

‘I’ve never before been told that I can’t feed Lex, or any of my other children – and we’ve flown with him about 16 times in the last year.’

‘So I got settled into my seat and I started to feed my son, as I would usually. 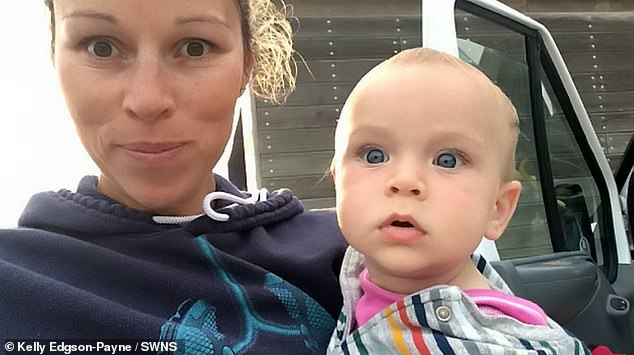 The mother-of-four (pictured with son Lex), from Kent, claims she was ‘mortified’ and she and her youngest child were both left in tears

‘Then a male member of cabin crew came over and told me I couldn’t feed him during take-off, and that I’d have to stop and strap him in to his infant seat next to me.’

Ms Edgson-Payne continued: ‘It was just crazy. I said, ‘Well, he’s feeding’. But I just had to stop mid-feed and hand him to my husband.

‘I was mortified. I’m not afraid to breastfeed my baby wherever – I’ve stopped at a break point during a marathon before and fed him – but this left me embarrassed and in tears.

‘I had to very quickly cover myself up – but my breasts were still leaking milk, because I had stopped mid-feed.

‘Even my eldest daughter, who is nine, said, ‘Mummy, they can’t tell you not to breastfeed him’.’

Ms Edgson-Payne, mother to Mia, nine, Elena, five, Jax, three, and Lex, one, said a female member of cabin crew approached her after take-off and apologised for the incident.

She said: ‘The two of them had a bit of a hoo-ha, and she then later came up to me and said, ‘I’m sorry about that, ignore him, he’s wrong.’ 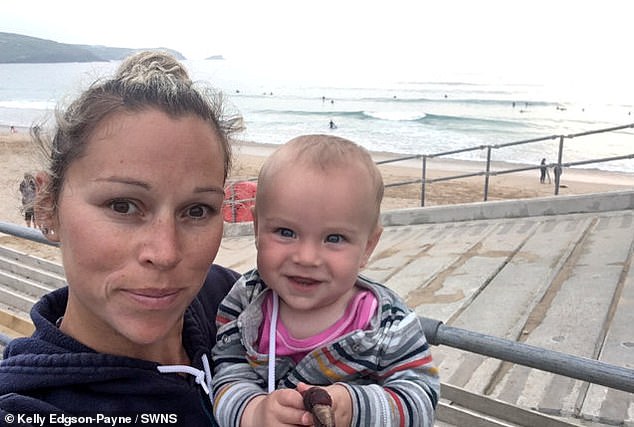 Ms Edgson-Payne (pictured with Lex) who says she has never had an issue breastfeeding any of her children on flights, has slammed the budget airline for ‘not seeming to know the law about breastfeeding’

‘What annoys and disappoints me is that there is no consistency. On their website they state, ‘We support breastfeeding mothers and you can feed your baby on board at any time’.

‘But when I emailed their customer services about it afterwards, I was told, “Passengers are allowed to breastfeed their babies on board the aircraft, as long as you are doing this in a discreet manner”.

‘The ironic thing is, since having my third and fourth children, whenever I fly I have always booked my infant a seat next to me.

‘So I’ve never in the last six years sat next to a random passenger.

‘Up until the cabin crew told me I couldn’t breastfeed, I don’t think any other passengers were even paying any attention to me at all.’

She added that all easyJet offered her in the way of compensation was a £25 voucher to be used on another flight with them.

She said: ‘I just want them to make themselves aware of the law so no other mums have to go through this.’

An easyJet spokesman said: ‘easyJet supports breastfeeding and customers flying with easyJet can breastfeed at any time during the flight.

‘It is not our policy to ask mothers to be discreet and we make this very clear in our training.

‘This flight was operated by another airline on our behalf and while they should follow easyJet policies we are sorry this did not happen on this occasion.

‘We have followed up to ensure this does not happen in future.’ 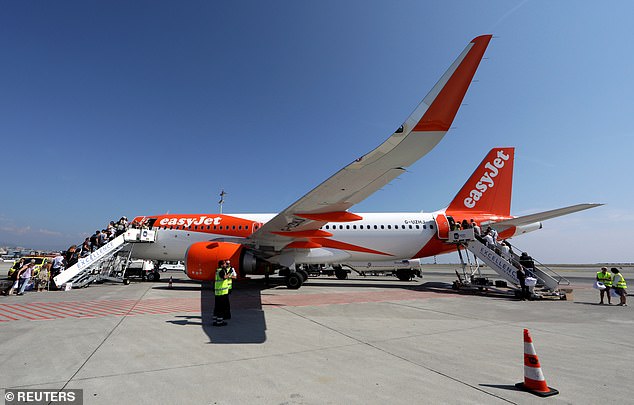 When she raised the issue with easyJet after she landed, she was told passengers are welcome to breastfeed babies on their flights – so long as they are ‘discreet’. File image used