By Zak Newland For Mailonline

Legendary rock drummer Ginger Baker is fighting for his life in hospital.

Baker, 80, who played alongside Eric Clapton and Jack Bruce in 1960s trio Cream, was said by his family to be ‘critically ill’.

A tweet posted on Wednesday evening read, ‘The Baker family are sad to announce that Ginger is critically ill in hospital. Please keep him in your prayers tonight.’

In 2013, he revealed he had been diagnosed with chronic obstructive pulmonary disease from years of heavy smoking.

Three years later, it was reported that he was recovering following open heart surgery and had also suffered a bad fall.

In an interview in 2013 with The Guardian, Baker admitted he had spent more than 20 years battling a heroin addiction.

He said he started taking heroin in London in the late 1950s and early 1960s while performing as a drummer in jazz clubs. 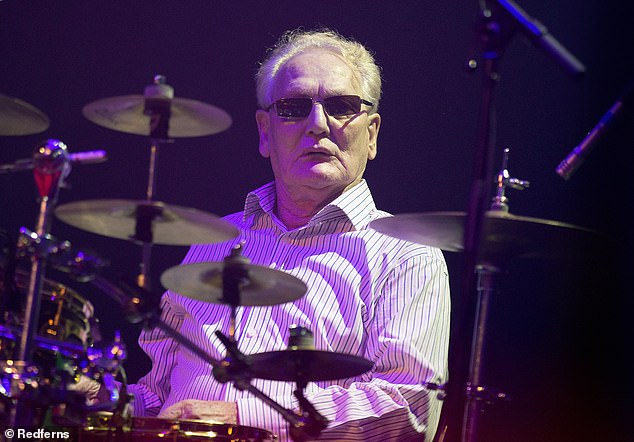 Baker, pictured in London in October 2015, spent two years with Cream until they broke up 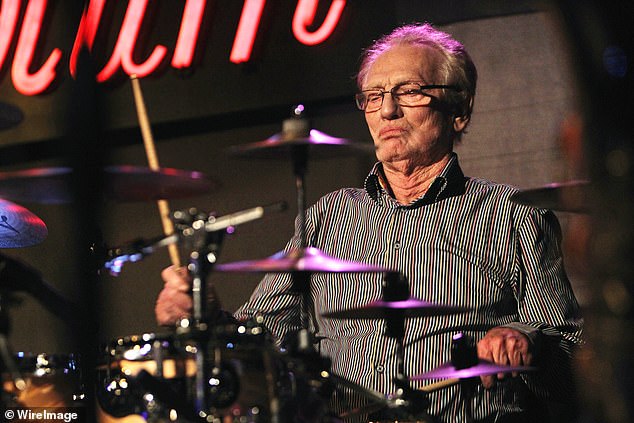 In 2013, Baker, pictured, said he spent much of the time between 1960 and 1980 as a heroin addict, having started the habit while drumming in London jazz clubs in the late 1950s

He said: ‘I don’t have fond memories of it at all. To find you have to do something just to feel normal is not a good road. I got involved in 1960 when people were getting more than they were using on prescription and selling it. It was called a “jack”, one sixth of a gram of heroin in one tiny white pill.’

He said he tried to kick heroin some 29 times until he was finally successful after moving to Italy in 1981.

He added: ‘That’s when I got clear of it all. I moved to a little village in the middle of nowhere, where nobody spoke English. I got into olive farming. It was very rewarding, very hard work but very good therapy.’