The Chinese Lunar New Year is usually the busiest time of year for exports of the product with the item being a feature of banquets and celebrations.

On Tuesday the price had reached a record breaking $105 per kilogram for the larger sized H-grade rock lobsters.

Geraldton Fishermen’s Co-op on Saturday, however, reduced the price to zero dollars per kilogram signifying a halt in trading. 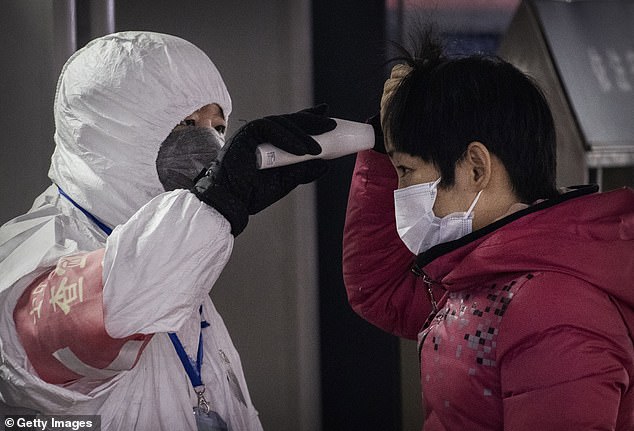 A Chinese health worker checks the temperature of a woman entering a subway station during the Chinese New Year and Spring Festival on January 25, 2020 in Beijing, China

The coronavirus outbreak in China has prompted authorities to shut down transportation in more than a dozen cities.

Public venues such as hotels, restaurants, and banquet halls across China have also cancelled Chinese New Year celebrations to try and contain the spread of the virus.

Geraldton Fisherman’s Co-op, which provides 60 per cent of Western Australia lobster catch, ordered the halt in trading due to a sharp drop in prices.

While exports to China of current stocks would continue, new deliveries by trawlers were stopped because at the current price and catch rates there are concerns stocks would build and affect the market.

Geraldton cray fisherman Justin Pirrottina said while he head not yet been told not to bring in crayfish, the co-op’s action was the right one.

‘The co-op has to be cautious, we don’t want them to have a whole factory full of crayfish and then not be able to get rid of them. At the end of the day, as shareholders we will have to pay for that,’ he told the ABC.

He also said selling to a market other than China, where 97 per cent of the catch is sold, was also not practical.

‘There are just no other markets at the moment that are willing to pay what China wants to pay.’

Gerldton Fisherman’s Co-op CEO Matt Ruttner said that while the move to halt deliveries of crayfish was unprecedented, he was encouraged to see the Chinese reaction to the outbreak was swift.

‘We remain optimistic that the situation will be contained and the impact on our markets will be short-lived.’ he said.

The industry has 11 months left to fill its catch quota so the dip in sales is expected to be recovered later in the season.

It is also unlikely local WA shoppers will see lobsters for discounted prices as they can be stored in tanks in the right conditions for many weeks. 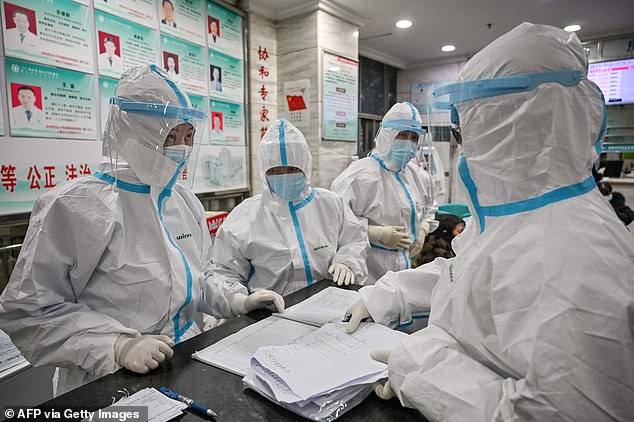 Medical staff members wearing protective clothing to help stop the spread of a deadly virus which began in the city, work at the Wuhan Red Cross Hospital in Wuhan on January 25, 2020